I believe everyone on this awesome forum use Photoshop for creating or editing textures for various VFX stuff. Sometimes we have to repeat the same actions over and over again, like saving to PNG/TGA from PSD or packing several textures in RGB channels.

So I decided to stop wasting time on repeating actions and made a several simple scripts for photoshop for saving our time. Hope it will be useful for you!

Dublicate & Rotate
Create dublicates of selected layer and applies desired rotation to each of them in arithmetic progression.
For example, if Angle = 90 and Copies = 3, then result angles of copies will be 90, 180, 270.

SaveToPNG
Save current image to PNG in location, where PSD file is stored.
If PSD file doesn’t exist, script will create it in user selected folder

SaveToTGA
Save current image to TGA in location, where PSD file is stored.
If PSD file doesn’t exist, script will create it in user selected folder

You can grab all scripts here: 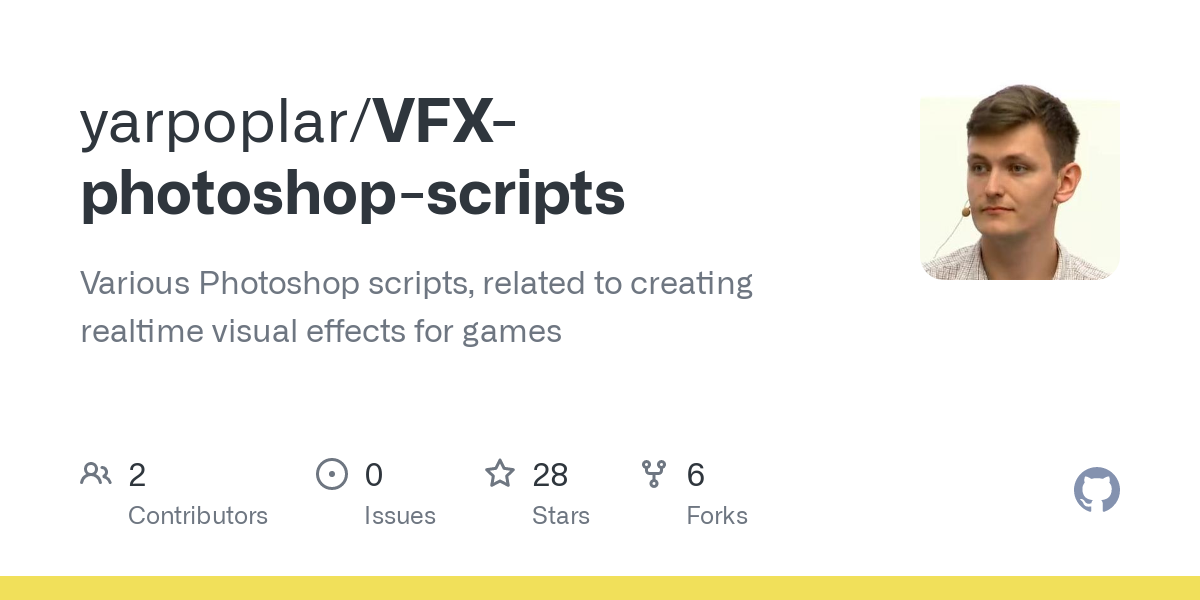 I will post updates on my scripts here. If you found some bugs or have an idea for different type of scripts, just write it here and I will try to make it work.

Let’s save our time on actually doing awesome effects rather than repeating time wasting actions!

Here is all other useful scripts, found on the internet.
Scripts are placed in no particular order:

There are also some useful actions by there awesome people:

This is very cool

Question, which photoshops are supported?
Little old me is still running CS6 since I never needed anything more than that.

Thanks for sharing! Here is one I made in CS6 and use a lot. It’s good when you only have access to the final texture. Hope this is useful for someone.

But I believe that is should be working, since there are no magic tricks or hard logic in the code. I’m gonna test it when I’m get copy of CS6.

Great action, thanks! I will add it to the top, if you don’t mind

But since it’s an action, not the script, I noticed some limitations on it - the layer, from which we extracting color channels, must be named Background and must be the only layer on the layer list. But I think it’s not a big deal, I suppose that script is useful for parsing out mask textures without having PSD source.

Thanks a lot for your contribution!

sounds like a good opportunity for me to learn to write it as a script so it’s more generic. feel free to add it to the top. i’ll update the link when i get to it this weekend.

How do you have that palette with the scripts on buttons?

which tool do you use in photoshop? A mouse or a drawing tablet like XP-PEN ( https://www.xp-pen.com ) ?