The Unity 5.6 Beta is now available! If you’re interested, there are a few Particle System changes coming in this release: We are excited to announce the release of the Unity 5.6 beta. The beta release is available to all Unity users, including Personal Edition users. We hope that your projects will benefit from the many features and improvements in the 5.6 beta. We look...

We have just added 2 more new features to the upcoming 5.6.0b5 version, which may be of interest! 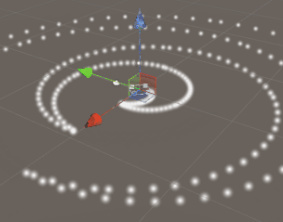 There is also a mode to evenly distribute burst particles around/along the shape, as well as a new Spread parameter, which we use to let you only emit particles at desired intervals on the shape. 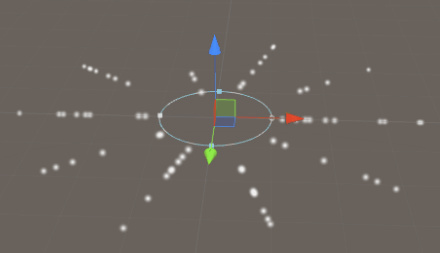 I don’t follow your first question, sorry! (Perhaps give the beta a go, when it comes out, and experiment with it)

Your second point sounds like it will work yes - start speed will be respected for the repeated bursts - if you use an increasing curve, the later cycles will have a faster start speed.

Your third point is a good idea, but not currently implemented. UI space is a problem, but it wouldbe good to standardise this! I’ve added it to our roadmap!

Regarding your 4th point, again UI space becomes a problem. Maybe we would have to break the UI out into a multi-line-per-burst display, to achieve this kind of functionality. Currently it’s just a fixed value - but you can keyframe it via animation, which would give you some extra control over it.

will burst please mimic the other module inputs?

Hey, just letting you know that we have addressed this in Unity 2017.2.

The burst count UI will use the same curve widget as used throughout the rest of the Particle System, supporting 1 constant, a min-max, plus the curve variants!

Thanks for the feedback