So I’ve run into the problem where I’m trying to create simple gradient fog planes to place around a map. But for some reason they’re rendering behind some scrolling smoke columns I’ve got far in the background. 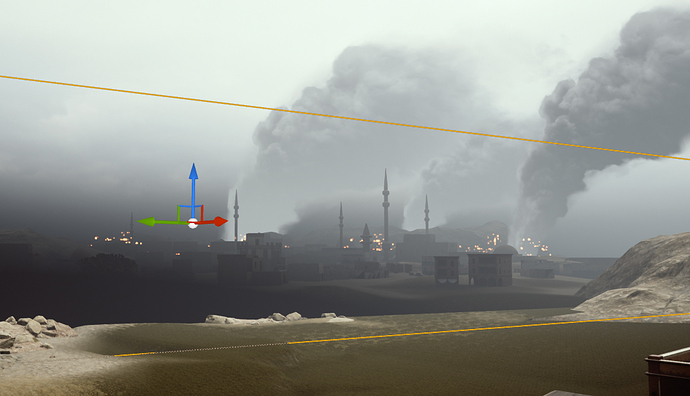 No matter what I change in the material, the smoke columns always have higher rendering priority than the fog plane, and I can’t figure out why.

Anybody have any knowledge on the subject?

I’ve tried, but it has no effect.

Does the gradient use a depth fade or the depth buffer in any way? If so it’s likely down to the columns not writing to depth buffer.
Shot in the dark

If those smoke plumes are far away in the background, try to find a way to keep them masked or anything else. because its quite expensive to have such big transparent things in your scene. also solved the translucency issue.

keep in mind that you not only need to change the translucency order of the fog-planes, bur also the smoke plumes btw.

edit: again with the wrong reply button, didnt mean to reply to Alex but to OP.
<_< I really dont like that big reply button under each post being an actual reply to poster-button.