I am working in Unreal 4.12
My CPU (not GPU) particles seem to be colliding with an invisible surface. There is nothing there for them to collide with, anyone know what setting in my emitter system could be making them collide with a false floor?

Another question but also related. I am trying to create the bounce and settle with GPU particles. But the GPU particles bounce, settle and then start to slip through the floor. Anyone know why this is occurring and how to keep them settled to the floor and not slip?

The collision profile and settings of the plane are pretty important. I can’t see from your GIF if the plane is just using a invisible material, if it is set to Visable=False or HiddenInGame=True.

The important part is that if the CPU particles are set to collide, to get them to ignore a blocking object (an visible=False object with a collision profile that isn’t NoCollision) you need to make sure that the collision profiles used are accurate.

Unfortunately there aren’t that many profiles, so depending on what you need the blocking volume to collide with this can get tricky. But there are two parts:

(I’m using 4.10 at home right now, haven’t upgraded so some of this may look different. I am unsure.)

So I have a CPU emitter generating sparks with a collide module. That collide module is set to Kill, and to collide with WorldStatic profiles.

Then I have a wall that I want the player to be able to collide into, but not have the particles collide with. In this case I’ll set its collision preset to InvisibleWallDynamic. This is shown on the static mesh component. 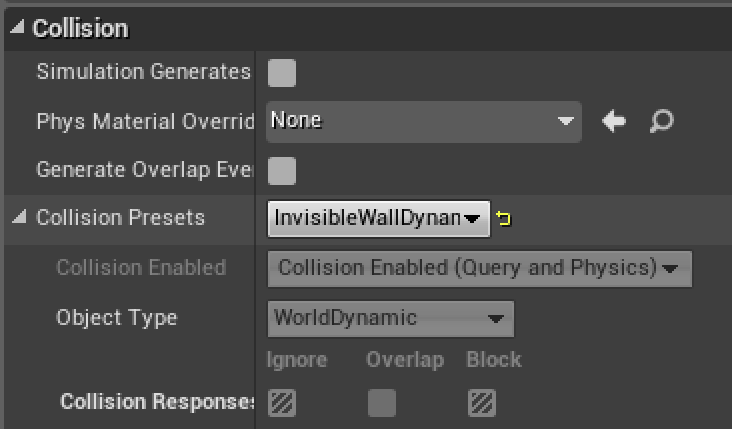 Now… It is important to remember that it isn’t the preset that matters, it is actually the Object Type. CPU particles collide with ObjectTypes that match the list on the Collision emitter.

This gets me this: 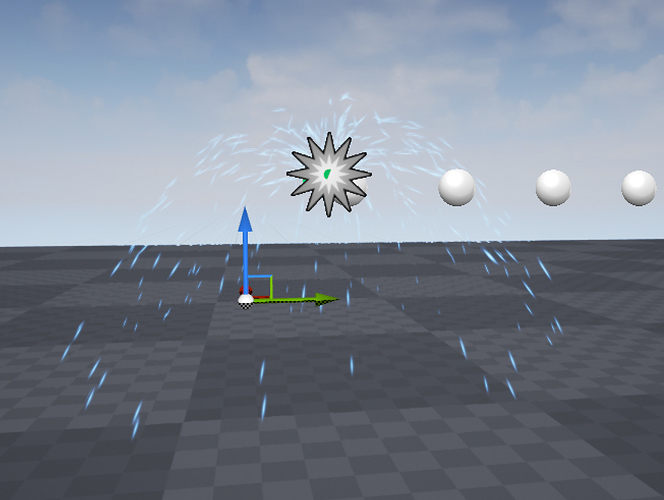 If I set the collision profile to InvisibleWall (or Custom and change the object type to WorldStatic) then suddenly I get this: 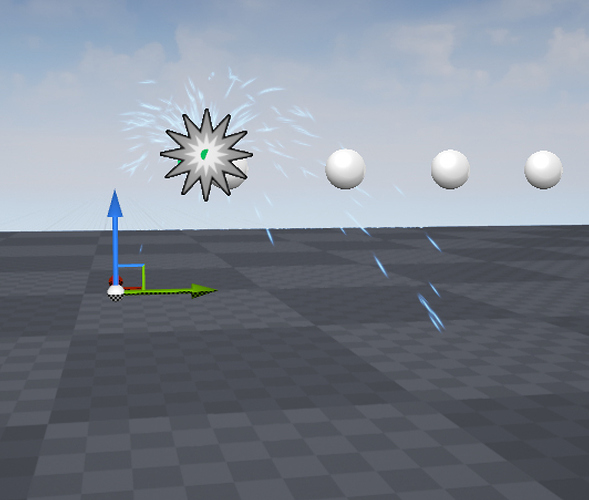 Which shows the particles being ‘clipped’ by the invisible wall.

So the two things to check are the Collision Types on the particles themselves, and the Collision Object Type of the actor you don’t want them to collide with.

Thanks for your reply Ryan. There actually isnt an invisible object for them to collide with, thats what confused me. They appeared to be colliding with an invisible surface. I am still not sure why they were doing that. But I have since rebuilt them and now they land on the surface as they should. It could have been because my particle Collision type was set to World Static and I switched it to world dynamic. But I actually thought I had done that last time too.

In any case thank you for trying to help, you’re information was informative.