Since Larian, the company behind Divinity II: Original Sin posted a featured job, I got thinking about that game’s spell and elements system, which puts a lot of power into the hands of the players, potentially leading to situations like this: 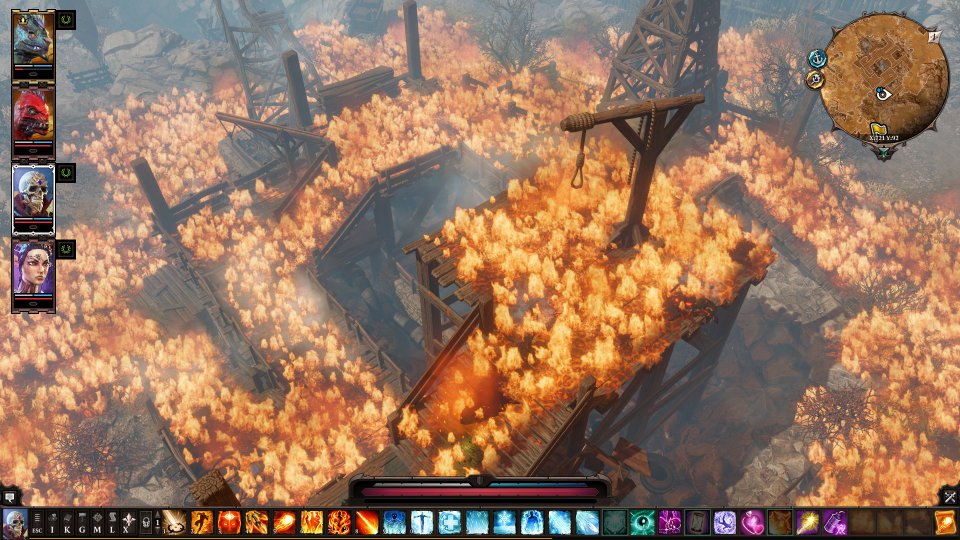 Have any of you worked on systems that allowed for this much VFX chaos? I think it’d be fun to hear some war stories about out-of-control player agency.

Also, here’s a link to the job listing, for those interested: https://jobs.realtimevfx.com/jobs/9944779-vfx-artist-at-larian-studios

It would be great if, after a certain number of spells was on the screen at one time, you’d just get an audio clip of “No” every time you tried to cast another spell.

“Have any of you worked on systems that allowed for this much VFX chaos?”

Nope, but Oskar Swierad did a few months ago

:o That’s amazing! I want this in every game now. lol

It made me thinking about the VFX in Path of Exile, with all the synergies between spells and skills that the players are able to make; this often leads to complete chaos when it comes to kill packs of monsters. Example : 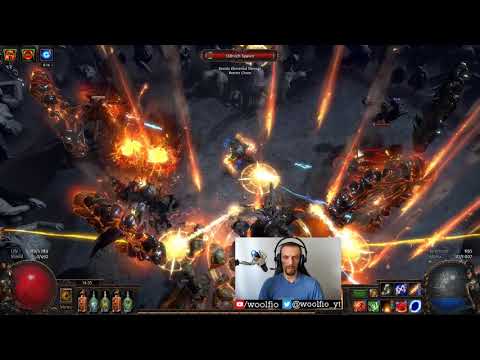 I remember having several fps drops during intense levels, but that was quite awesome to have such a big amount of vfx on screen

@Ninjin thanks for linking!

@Keyserito I have no “production” experience with fire. But can I point to some methods anyway?

Let the fire die out. Add it only when heat sources are active. Then let it slowly fade away (dissipation to the air).
Have a “burnt” state. When a place is burnt out, don’t spawn new fire there. In a more advanced system you may have a concept of fuel left per an area.
Plan your maps. Control the spread with natural obstacles.
Control attack cooldown. Let the players or enemies cause only as much fire “per second” as makes sense for the design. Balance it out with the dissipation rate.

Jean-François Lévesque, in the breakdown of Far Cry 2 fire system, which he developed:

Actually, the balance between realism and playability is what I spent the most time on. The propagation mechanics were simple by comparison. I think it turned out well – the player can go totally crazy with the flamethrower and set fire to as many things as he wants, and he probably won’t notice a slowdown in the framerate. […]

You can’t expect to set fire to a camp, sit down, read a book, and expect that every NPC dies.

Your mana pool is actually just based on a particle count!

Oh, that’s a bit of a bummer, I got an e-mail from them just a few weeks ago telling me they aren’t interested, despite me living like half an hour from their office…

My issue here is it all looks one note. It’s so repetitive in every way that it has no form or personality. The only thing that tells me its fire is the fact that it has a warm color range and some glow. This is screaming for some variance

I’ll be honest, at first glance the fire looked so close alike it looked like eggs or something…

I see lots of link for cool fire propagation system and such, but there’s a lots of moment when this case doesn’t apply, key factor here is gameplay. Most of the time as FX artist, you have to adapt to gameplay features.

The surfaces in the DOS2 last x amount of turns and basically time is frozen at player turns. So fire can last forever, and can fill the entire screen. It’s basically classic pen and paper roleplay timespan. Added to that the camera can unzoom very far, outch.

That moment of game embarrassed me honestly, a lots of computer framerate died here

The fire fx was a placeholder and I got the task to improve it, and sometimes your arrive in mid-production and have to deal with the tool you have, with limited time constraints and almost no support (everyone was busy as hell). At the time I didn’t know the engine well and lacked shader knowledge. Indeed it scream to have more variations, as always easier said than done, especially on custom engine. No fancy doc or tutorial to save you…

I made the mistake to kinda avoid test the fire in the worst case scenario too, filled half of the screen and such but didn’t tried hard to push gameplay to ultimate limit.

Technically : In DOS2 the info we had access from surfaces was basically a mesh with very basic , low poly vertex paint. One of the problems is, once a zone is “on fire” it just white vertexpaint and that’s it, up to you to come up with variations in shader and your own trick to have randomness. Instance were distributed but we didn’t have interactions between them.

If I had to do it again, I would try to fusion fire instances and aswell try to have a lot more variations via shader, gradient map have lots of capabilities in that regard. Also I would make fire more alive in time, dying out before burning again, like wind blowing it.

. Communicate with code and game designer !

. Focus more on blockout and gameplay interactions, then you get fancy with firesim flipbook and such.

If you have more specific questions, I would be happy to answers

Hehe, yeah. That game was crazy to make VFX for. Somehow we made it run though.