This Gif is one of my favorite things right now:

Some interesting fluid dynamics at the base of this one.

Trying to make it real time from me

Looks neat! I think some lingering mist at the bottom would sell it even better. Do you have any tricks to avoid massive overdraw?

If available, I would suggest a shader on a mesh that will be main body of water, using particle system itself for variety.

It was first one of first iteration of waterfall and final result can be viewed in game soon. Overdraws our head pain and no any trick not used, that is simply prerendered sequence of images for particle… and this is sad

Yes, i have some basic experiments with shader where i use scroll UV texture for base of waterfall mesh and adding some soft particles on it

The hard parts of waterfalls are always the transition into the waterfall at the top, and the lighting. You might not be showing much of the top, so you’re ok, but getting a nice complex shader to handle lighting accurately is going to be a real challenge.

I’ve never quite succeeded in a single solution that works from all angles… usually have to build one off settings.

The hard parts of waterfalls are always the transition into the waterfall at the top, and the lighting. You might not be showing much of the top, so you’re ok, but getting a nice complex shader to handle lighting accurately is going to be a real challenge.

I’ve never quite succeeded in a single solution that works from all angles… usually have to build one off settings.

Yep! I Agree with all arguments. In that example in game we can see only middle and bottom part of waterfall, so blending the higest part of waterfall i have excluded.
The greatest sorrow of our game engine - our particles can’t recive light / shadow… thats all (((

Keep it up, it’s getting there!

Try and place geo along the side of the waterfall. The illusion is often broken where the “ends” are shown (top included). If you look at those examples there’s often no space between the falling water and the rock walls (along the side). With that, add two depth passes. One in the alpha to soften the intersections (attenuated with vertex alpha or colour so you don’t cause the top to vanish) and one that you use to simply add into the diffuse. You can actually just take the same depth pass, but keep in mind that will still count as two passes if you’re doing any sort of varied UV manipulation per chan. This adds a very nice depth to your water (imagine this as adding an inverted fog pass into the diffuse). Just make sure that the geo behind it is pushed back enough to give the depth pass some… depth.

It’s subtle but can add thickness to your waterfall without having to add more particles and really attaches it to your environment.

Another suggestion is the same as Keith’s - work on the top as much as possible. It’s the hardest part to get right. Usually there’s tons of big rocks and jagged formations under that water. This causes a lot of noise and foam. If you can’t ever get to the top, then you should probably either put loads of rocks blended into your top fade or wrap it right over the top with no fade at all. A little vertex noise up there might be all you need to get it looking right.

IMO, that should be your starting point. Waterfall are really just many streams of foamy water all bunched together after having weaved their way around those nasty rocks. If you know how the source is laid out then you can create your water sheets to match perfectly.

And lastly - don’t forget about the speed and the impact on the water surface before. Massive waterfalls, like the one you’re making, tend to look like they’re moving is slow motion. This is just an illusion because of the size vs. the distance that they’re viewed at. Don’t have your water flow too fast. As for the impact - A lot of folks make the mistake of very visibly round particle popping up from the lake underneath. This is not what actually happens and adds a lot of unnecessary overdraw. The water usually spreads out very quickly along the surface while in pure foam form until it settles. The impact creates a very thick mist which will also help with hiding the connection of the two. The example images show precisely that.

Good luck with the rest of your waterfall and game dev.

While i’m sure this is an old trick I’d often paint my smoke/mist textures with lighting baked in to avoid having to light the particles (which at the time was kind of expensive). 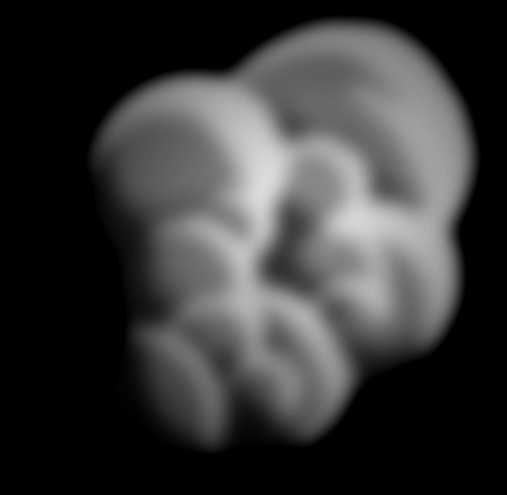 Yes, I’m doing same with this sprite. Thank you for comment!

I just saw this one today. Anyone know where it’s from?

Here’s my small water/waterfall/rain-pinterest page which I collected when I needed references especially for cartoon-based waterfalls: https://de.pinterest.com/simontrmpler/rain/

Also if your waterfall gets set up wrong, just blame it on a storm. 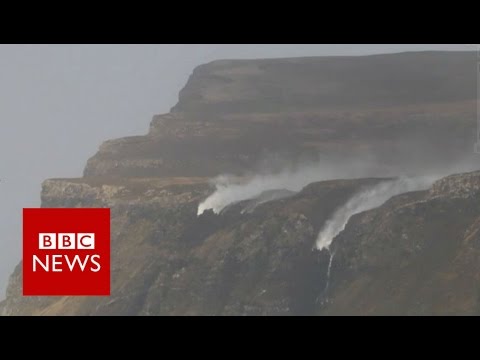 Expensive once again when doing fx for VR

How did you generate the textures you use on the particles. Are they a animated texture, or a single image?

The main element of the waterfall looks good.