The Game Makers: Inside Story

This isn’t 100% related to FX, but as visual effects is an incredible tool in the toolbox of a good storyteller, I wanted to go ahead and share this in the general discussion section.

I’ve spent the last many months falling back in love with storytelling by listening to the incredible interviews that Jennie Kong and I were able to get from some of the most experienced, and influential game designers in our industry. Interactive storytelling is the heart of everything that we do here- whether its building a sandbox to let the player experience and tell their own stories, or carefully crafting the beats of a linear game, our art form creates the world that the players inhabit.

We’re about to release into the wild a 10 part digital series on youtube that explores the storytelling in video games, told from the perspectives of some game creators you might recognize.

Please check out the trailer we just released and tell me what you think! 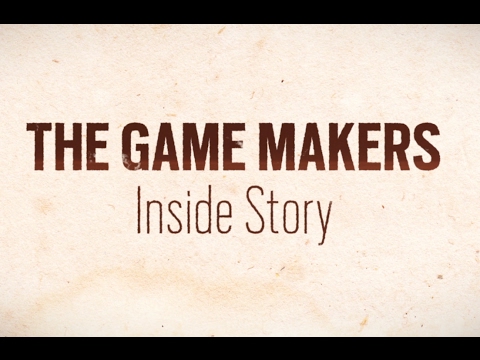 That looks amazing. I\m making my way through Creativity Inc, and I’m fascinated by their focus on story. Seeing that aspect discussed in our medium, really, really looks intriguing.

Fantastic stuff. Looking forward to watch all these parts, I wish it could have Jordan Mechner as well with his views, One of the finest and pioneers of action adventure story-telling in games. Great to see David Cage out there, He has taken interactive story telling to a next level. Can’t wait for the full show

We were largely bound by who was able to make it out to E3 last year and had time in their schedule for us - we missed out on dozens of people who’s perspectives I wish we had. Jordan would have been amazing!

Ah right, I wish sometime in future you guys can get him as well, But Commendable effort indeed! Looking forward to get these insights. I love to write stuff as hobby so its giving me some extra excitement

Straight to the top of my “to watch” list!

Can’t wait for this!

We just launched the first episode a little early on Mashable: Behind-the-scenes video game documentary kicks off with a deep dive into...

Go behind the scenes with a diverse lineup of industry luminaries, including Amy Hennig, Jenova Chen, and Hideo Kojima.

That’s so exciting to watch. Its like a dream come true that one of the top creative people of the gaming industry are talking about Game Making in such fashion. Its a treat. Looking forward for more <3

Will be watching these this weekend. Thanks for keeping us posted on it Keith!

Just saw all parts, It was a treat. One that any gaming person can ask for. Listening the Top industry cream about the story-telling of their projects. Jenni and Keith deserves lot of credit for it. I hope you people will keep making more inside documentaries about the other aspects of game development like the art direction, Gameplay etc.

Every episode was one for learning but my most favorites are writing process, character and emotion, the direction aspect and the possibilities of VR as story-teller medium.

My most favorite pieces were:

If you guys ever plan to do it again from the prespective of all-time great story-tellers in game, do approach the likes of Sam Lake, Sid Meier’s, Jordan Mechner, Creator of Brothers Tale of Two Sons, Toby Gard

Inspiring and emotional at times. Kudos to the team for this wonderful effort. It was moving to watch all parts.

This was fantastic! I’ve watched the whole series twice already.

Yup, there is no doubt that this documentary has that Replay Value. Its always inspiring to listen to legends more than one time