I was making some tutorial videos for a content creator which ended up not being published so I have decided to stick them up what I have on youtube.

I realised that the information starts out pretty basic for what a lot of people on here are used to, but if you are someone just getting into UE4 material and shaders and want to learn some basic concepts for vfx then hopefully they might be useful to you.

Part 3 is a dynamic damage accumulation system that uses render targets to store damage blast hits that build up over surfaces. Also use blueprints to track which objects have been hit and only create a render target per object that has the appropriate resolution.

I’m open to getting feedback on what topic to cover next.

Oh my god … Thanks for sharing these.

Since I’m subscribed to your yt channel, I already saw all of them. Just wanted to say how good they are and that I recommend everyone else to watch them!

Wow thanks so much! Really means a lot to me.

Wow, this is incredible.

For someone who is struggling a lot with the math aspect of shaders (which is pretty much the entirety of shaders), this seems like a goldmine. Will start going through this right away.

Videos 6-9 of Tech Art 2: Texture Splatting are up!

I’ll also add that I am trying to stick to using only the starter content so everyone can follow along. The only exception is a texture I get from opengameart.org.

Only 1 vid to go for this series which is a wrap up/conclusion and some performance considerations. Then its on to series 3 for the dynamic damage accumulation system.

This is absolutely phenomenal. Make sure to include this in the …

Hi there, my name is Travis and I’ve been a vfx artist in the games industry for 2 years now. In a few threads around here, and speaking with current students at GDC this last year, it seems like there’s an interest in what it’s like to start out as a new fx artist. My experience is just a narrow point of view, as studios have a large range of sizes and organizational structures, so your experiences may differ. I hope I can type this up in an organized and logical approach. Background: I starte…

Thank you for your efforts, and the quality of them.

Thanks very much. Reading that thread actually reminded me I should probably let people know a bit about me as well…

I’m an FX Artist / Simulation R&D Developer at Weta Digital with about 13 years experience. Started as a generalist with a focus on modeling and rendering but then later on started specializing in fx and simulation. Now I’ve moved over to doing c++ development in fire and smoke solvers.

Unreal is a real hobby of mine and I love exploring what it can do. One day I might even make a game with it. But I also love making tutorials sharing what I have learned over the years.

If I could make tutorial videos full time I would. One day maybe…

These are definitely very interesting - do i have a couple of small criticisms though - firstly i’m not quite sure what ability level they’re aimed at… the techniques that you’re showing can get quite complex but you’re also explaining the absolute basics of the engine UI at the same time. For a beginner wanting to learn the basics these are probably a bit too complex, but for a more advanced user who just wants the technique they probably don’t need the basic UI bits. Obviously it’s always going to be super hard to know the ability level of your viewers (and it’ll vary wildly) but something to maybe bare in mind for future tutorials.

Secondly you might want to mention performance a little more - especially if you’re using some of the more expensive features like planar reflections.

That said, I definitely learned a thing or two though so i’d love to see more!

Your criticism is completely valid! I did struggle with what little things to explain along the way, like how to create constant with keyboard shortcuts. I wanted to make it as accessible as possible to anyone wanting to jump in and follow along but not make it completely from scratch.

I think from now on any more I do, I can skip a lot of the ‘givens’ and keep a faster pace.

And yes performance discussion is something I’ve wanted to talk about. I did even have some discussion at the end of the texture plat which I cut out as I didn’t want to make the videos too long. Maybe performance and optimization can be its own video series.

Thanks for the feedback and glad you like them overall

Intro video to part 3 is up 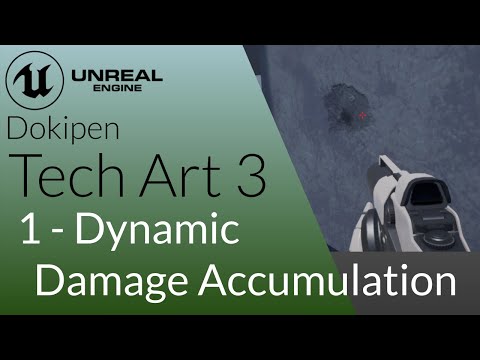 Been looking forward to the next one, as always, much appreciated!

Ep 2 of Dynamic Damage is up. 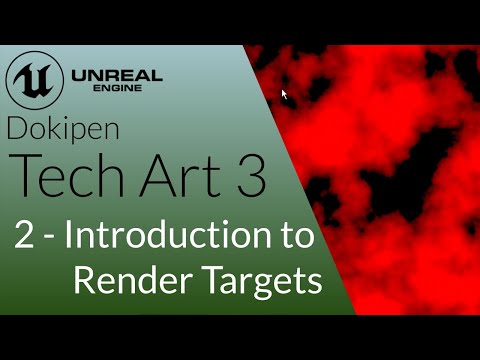 We now add another UI button to clear the render target we created in the last video, and do some uv manipulation to extract an animation frame from a texture atlas and save it out as an individual asset. 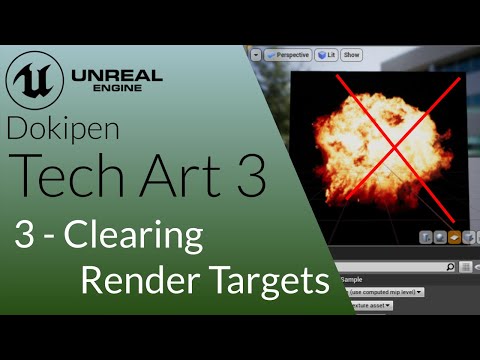 Here we take the crosshair at the centre of the screen and trace a line and detect where in the world the character hits when it fires. 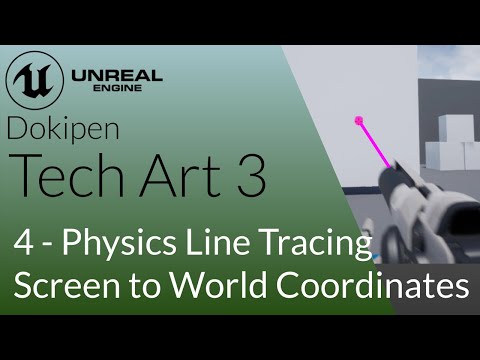 This video starts the first drawing of the damage texture based upon the hitting of mesh with the weapon. 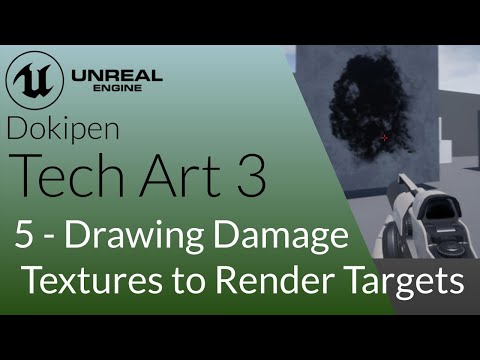 Dokipen. 112 likes. Dokipen Tutorials is a place where you will be able to find learning resources on Programming, Game Development, 3D Graphics and Animation.

Become a patron of Dokipen today: Get access to exclusive content and experiences on the world’s largest membership platform for artists and creators.

Finally get round to placing the damage texture underneath the crosshair of the weapon (using the uvs at the location returned by the line trace). 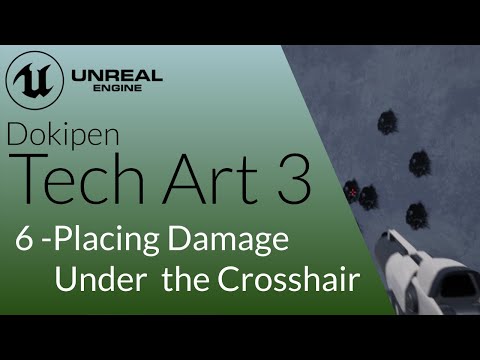 I have been following all your stuff right up until the latest video and it’s great stuff, super helpful!

I’m having some trouble in the latest video though, i can’t seem to add the same “Set Vector Parameter Value” as you do in the video here: https://youtu.be/pDT1CKsoF7I?t=465

Any ideas would be super helpful, i’m sure it’s just me messing up somewhere along the way.

Edit: A second later i found the correct node when pulling it straight out of the previous
“Create Dynamic Material Instance” instead of looking for it in the right click menu.

yeah I had similar issues with creating those. In the next video I had to uncheck the context sensitive checkbox to reveal the right texture variation.

Next episode is up!

We will find out how to use the map data type in Blueprints to track which objects have been hit and give them their own unique damage texture, which is generated on the fly in the game. 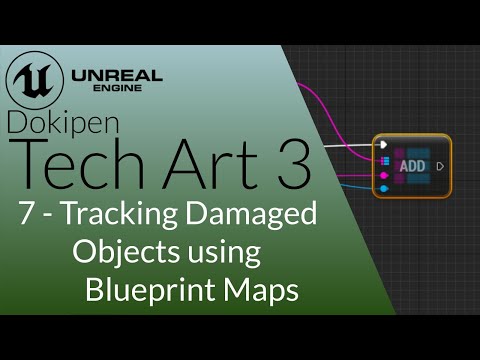