Here’s something I’ve been working on recently. Environment and Character is definitely something I’m looking to improve on (in addition to VFX :D)! This will be a VFX Environment piece with a secondary character aspect to it.

I’m primarily looking for any VFX ideas/feedback. Anything related to Tauren/Goblin would be great.

If you’d like to give in-depth Character and Environment feedback I’ve posted the polycount link below:
http://polycount.com/discussion/198727/tauren-fishing-w-i-p-wow-fanart/p1?new=1

The vertical lines moving across the water are my attempt at “wind currents” on the upper layer of the river. Highmountain (as the name states) is in the peaks where it’s frosty and cold. I’m thinking about adding more wind currents around the camp (or in the air) to help illustrate that better.

For those that play WoW- The idea here is that it’s my Goblin’s camp and she’s after the elusive “turtle” that’s swallowed a rare ring worth quite a lot. Being blessed by the Tauren (insert backstory here), she wears their garb and uses special totems to enhance her fishing in order to catch the rascal! 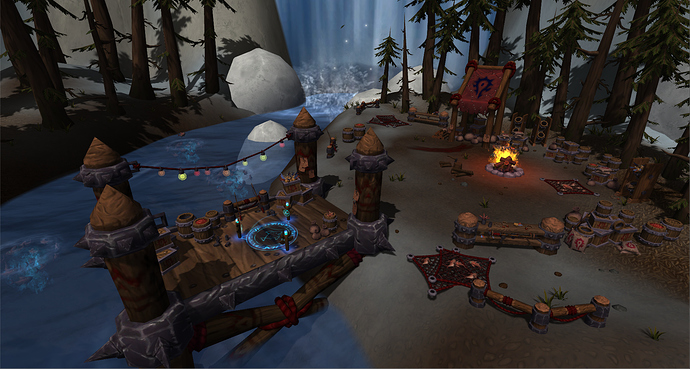 This is looking really cool, man! Wow, that’s a lot of work! I think the jumping fish is my favorite part

As far as VFX feedback, the seam between the waterfall mesh and the river pops out a bit, you could perhaps conceal it a bit more.

Looking forward to see where you take this!

Can you elaborate on the issue? I’m having some difficulty pin-pointing what you’re seeing. Are you talking about the ‘seam’ on the vertical water fall (image 1)? Or is it the point at which both meet? The vertical waterfall fades off before it touches river.

There isn’t a seam on the waterfall mesh- it’s definitely the texture since it’s streaking down vertically (image 2). I’ll look into creating a more interesting texture! The chunky looking waterfalls are pretty cool and should help break up that visual seam. I’ll probably try and have a double panner as well. 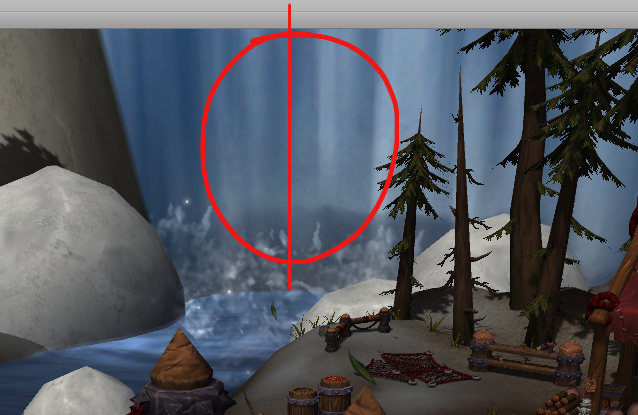 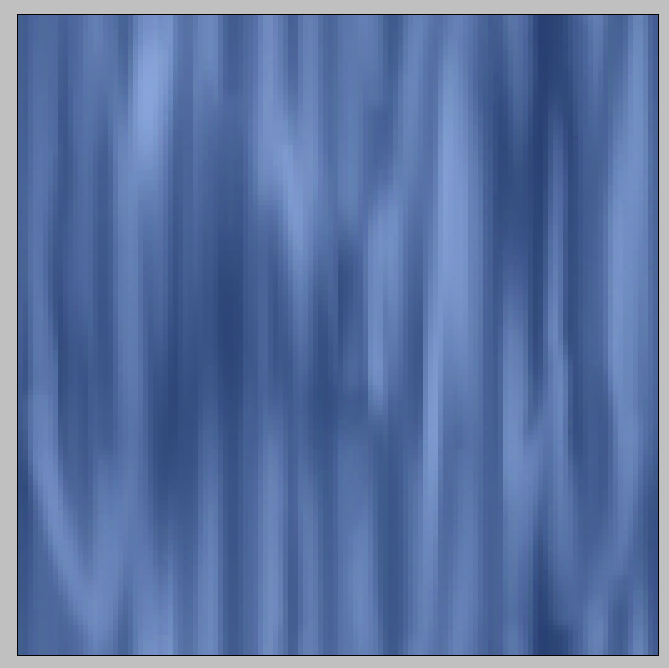 ah, sorry xD a picture would have helped me explain

I did notice the seam you mentioned too, but it doesn’t stick out as much to me as the one shown above.

Anyone have an idea on how to create a ShaderForge shader that reacts to Wind Zone? Wind Zone is an object in Unity that fakes wind but has to use a special type of material on terrain only meshes (which I don’t use due to limitations). I’ve hand placed/rotated/scaled everything manually.

I’ve faked the “foliage wind” with a vertex shader that bobs left and right in world space. Problem is, you can see when it eases out and in. I want it to continuously bob back and forth without stopping. That way I can create individual materials and create a time offset to fake arrhythmic patterns.

Either information on a wind zone shader or some kind of ShaderForge math nodes would be great!

How would you approach the river shader? I have it set up where the fresnel is inverted to target the edges of the river. I’ve gotta texture the edges for consistency.

Also, does anyone know how to export scenes from Unity into 3dsmax? I know this is possible in UE4. Either OBJ or FBX is fine. I initially built the scene off a lowpoly environment and manually painted the terrain off that reference. I don’t think its possible in Unity AFAIK, but a script or suggestion would be helpful! 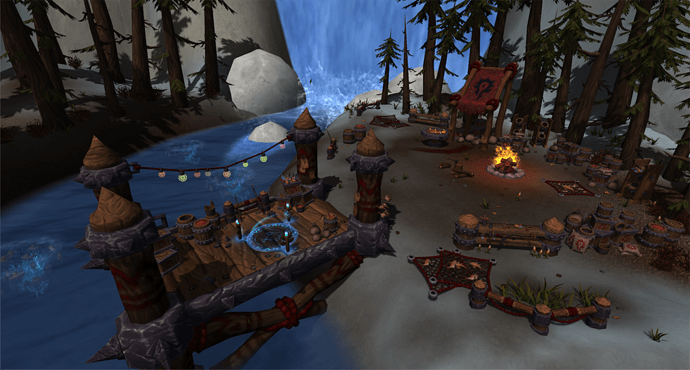 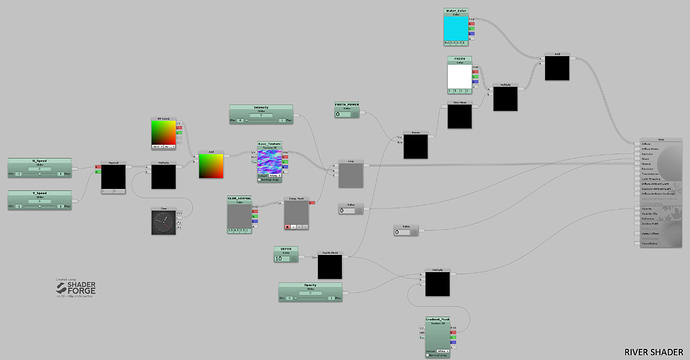 Here’s an update on my project thus far. I’ve been adding looping animations to banners and chimes. Fishy’s now splash when they leap out of the water.

I had coastal water-edge splashes but removed them since they don’t look that great. I was testing some water vertex animation but it wouldn’t work with the way I’ve made the fish pools. Plus I don’t know how to project mesh based vfx onto a flat surface (i.e. flattened sphere mesh projected onto a water mesh plane).

I want to add foliage movement but I don’t know how to properly create a smooth “world-space” vertex animation. Ideally, the foliage would all have different time offset (or in the least sway back and forth smoothly without any hitches)

Any ideas on how to create foliage vertex animation in ShaderForge? It would really add life to everything imo. Static plants in a windy valley seems off to me.

P.S. does anyone know how to get crisp high resolution when recording in Unity? I’m using OBS but the quality just doesn’t seem good even at “max HD” settings. Same goes for static captures- Windows “Snipping Tool” produces a super high res .PNG but the upload quality is low. It’s difficult to express the finer details that are important in conveying “scale”.