I am a Sr. VFX artist and I would love to share my recent work to this wonderful community for learning and knowledge. I have been working on a stylized cartoon explosion for a while these days. It is inspired by one of the gameplay scenes from an amazing game Overwatch. Its one of my favorite games.

I have used Fork Particle editor. The outer ring of the explosion has been made by applying shader to achieve the alpha masking. Used a few textures and ref emitters

Would love the suggestions for improvements. Thanks

Thanks @iNoob would love to see some input for improvements

Well I am not an expert, still I added a few points.

Main explosion (Center Part) can be like 200% bigger.
Also it feels like life of it is a bit longer than the original.
I think it would look great if it scales up as well.
You could change the background color so that we can see the ending smoke as well.

This is looking cool man! I don’t know if you want to copy this 1:1 or were just using it as inspiration, but one thing that pops out to me is that the main read of your effect is slightly different from your reference. When looking at your version, this ring is what I’m looking at most of the time: 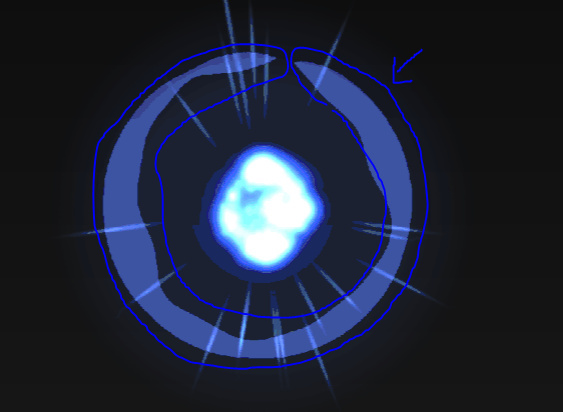 I think I’m looking at it a lot on yours because it’s sharp, high contrast with the background, and sticks around for a while.

If you look at your reference you will see that this shockwave is a bit more subtle. I’d say it’s not even a primary element (or primary read). It’s a bit less opaque, softer, and bursts out rather quickly, not sticking around very long. 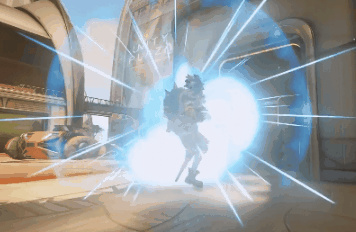 This is a skill that I am still trying to get better at in my own work, but something that might serve useful is looking at the Overwatch effect (or any effect you make), and figure out what is the thing you look at most or draws your attention the most (the primary element) and make sure that is where you want people to look first. Similar to painting :). Primary read, secondary read, tertiary etc. This is something that can be manipulated with the things I mentioned, like how fast a particle moves, how much contrast it has vs other elements surrounding it (value/hue/saturation), and how sharp or soft it is. Once you figure out what you want those primary/attention-drawing elements to be the effect becomes a lot easier to create.

Sorry my feedback went a bit long, but maybe something in there resonates

@NateLane Thanks for giving an in-depth feedback. I liked your input and they are really helpful. Always welcome long feedback so there is no issue

Yeah I took it as an inspiration more than 1:1 copy. When I was about to visualize such sort of effect, Overwatch came to my mind and those effects were so cool that I idealized them. I want to learn some better texture creation techniques as well and the advice will be helpful. Got some interesting feedback from some other artists as well including yours and i am thinking to give it another pass after collecting some more feedback to learn and take this more closer and makes it even better.

I’m no explosion expert, and I have mostly the same feedback as Petrie. The ring is really sharp and attracts the eye, where the center of the explosion itself should be the focus. Also, its timing looks just a bit slightly off. I noticed that issue when I’ve been making explosions myself. If you make your explosion super bright for one or two frames then suddenly fade them out, they will appear to reduce their size. 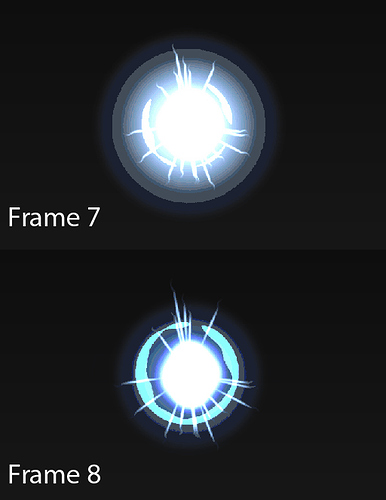 Here, your frame 7 looks big, powerful and super bright. Then, the frame 8 shows your shapes but the core itself is greatly reduced. In an explosion, the core should always expand (unless it’s a very fancy explosion where everything is sucked in afterwards, but I don’t think that’s the goal here).

In the Overwatch gif you show, the initial shockwave is really fast, showing the AOE size of the explosion. Then, you have the actual shapes that appear and linger for a bit longer. Think of it this way:

Here are a few good examples of explosions that show this very well in my opinion (especially the first one): 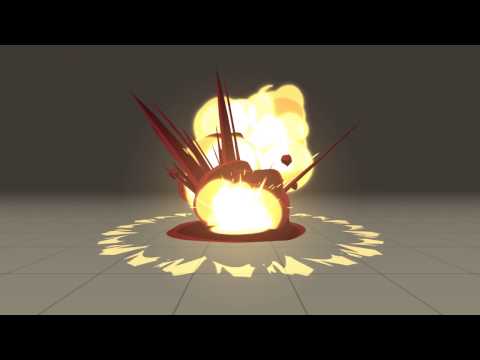 Thanks a lot for a detailed feedback mate

I have taken notes and would love to take into consideration in my upcoming samples.

Also If get some time, would be doing another pass on this as well.