I revamped this sketch by making a brand new video intro, I also used a new song and polished everything 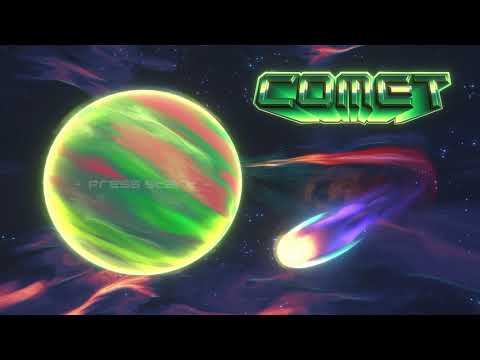 Don’t hesitate if you have any questions !

To be honest, I really wanted the theme to be Music, so I decided to integrate some music elements into my sketch :]

My idea is to do some kind of game menu, something like a starry background with a rotating planet, a big comet in the foreground staying here, a huge title “COMET” synthwave style, and a fading text saying “Press X to start”, with elements synced to a catchy/upbeat music, Chipzel, Waterflame, or something else

Here is my entry for the sketch ! 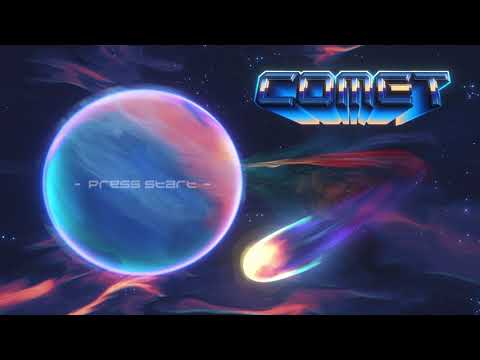 Posted it a bit late because I had some issues to encode my video, sorry

Music used is “Is this OK ?” by Meganeko

I wanted to animate the comet around a spline and make a different intro, but it would’ve required more time to create effects for the comet movements, and for all the stuff I had in mind. So I decided to use the differents planets I made to make this less epic but still fancy intro !

The comet itself is composed of multiple meshes with some shaders & particles. On this project, I really wanted to emphasize the “painted” effect on my textures, so I didn’t used a lot of “classic” particles and I tried not to burn my colors with bloom too much (unfortunately, I didn’t took the time to make a better head for the comet)

The “Comet” title is a 3D mesh rendered on another orthographic camera, with different shaders on it; and I made multiple versions of this title, one for each planet ! I’ll try to integrate them in the future.

Anyway, I’m really happy of the outcome, because unfortunately I spent way less time on this project than on the previous one, but I’m gonna continue to improve it for sure, and when I’ll be done I’ll post a final version here

So I made a customizable planet shader, this will be my main background object. I tried to keep this “brush/painted” feeling for the noise textures, to fit my references, and to go on a really stylized approach; here’s a turn-around with some features examples :

And here, some planets that I tried to make, to test the different possibilities. This thing can do cool stuff !

Next step, Comet ! I’ll have an update this week 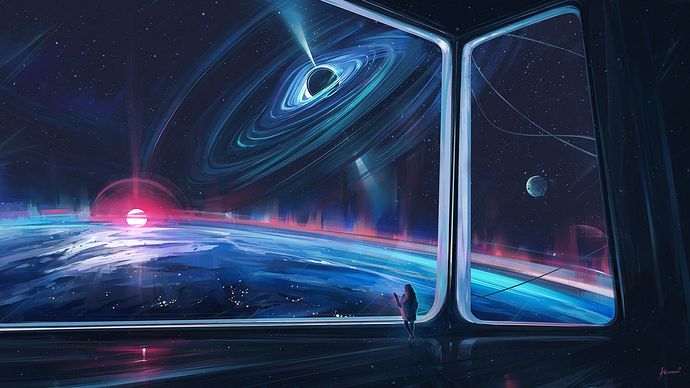 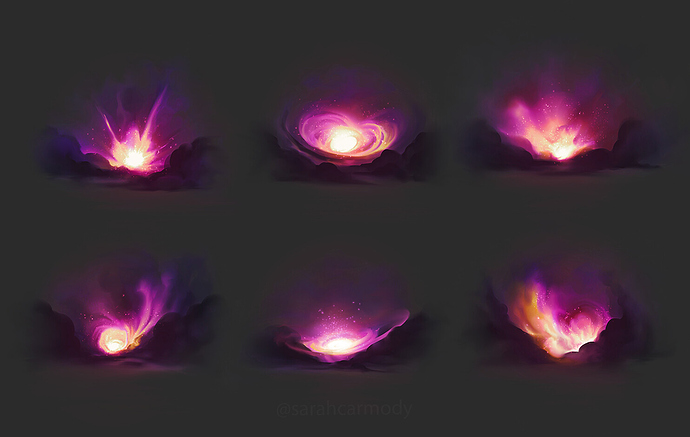 I’ll do my best to finish and polish my sketch, since I’m afraid I won’t have a lot of time to work on it this month. But at least I’ll have something cool, I hope !

Really liking the idea! Looking forward to the WIPs.

Ohhhh that’s so cool, I love the colors and shapes, keep going !!

This looks amazing… I love the colors.

super duper cool! this looks better than in most space games O:

Here’s my video for the sketch !
Sorry for posting a bit late, had some problems with Media Encoder uh

Like I said in the main post, I didn’t have the time to completely polish stuff and create a cool intro with the animated comet, but I’m still happy with the outcome !

Music used is “Is this OK ?” by Meganeko

Anyway I’ll continue to polish it a little in the next days to have a better version that I’ll post here too.
And to integrate these four titles, one for each planet :

Thanks for reading, I hope you enjoyed !
I’ll post more tech/art details in the next days.

Woaw i’m totally blown away I LOVE the looks of these planets so much. Great work !

Hey, I reworked my sketch with a new intro and polished stuff

Don’t hesitate if you have any questions !

OMG i really like this version especially the idea of slowly change it from gameboy to current look. Also the audio style have the age change, that’s brilliant !!! btw really like this music too.