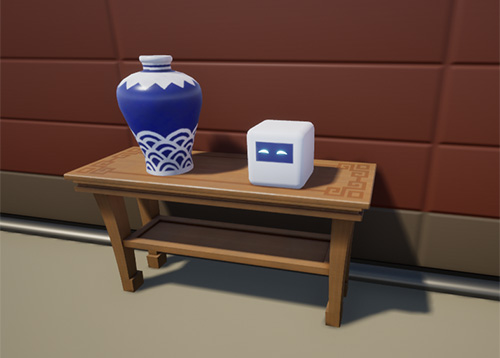 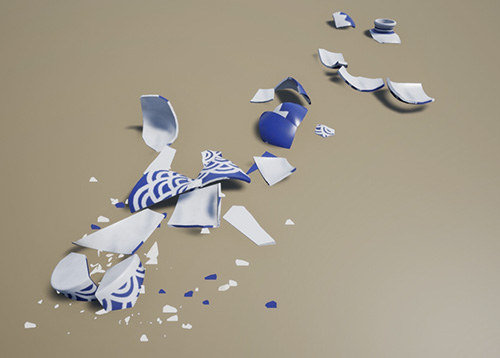 Slowly getting the environment together.

I’ve been quite busy working on my portfolio lately, but decided to take a little break and join the sketch again. Here is my WIP, still trying to figure out the direction I’m going with this.

I’m excited to see where this is going!

'Got a small idea now, I’ll post some progress soon.

Some update. I’m currently working on a small scene for the vase destruction.

I’ve been playing around with destruction and physics materials in UE4. I had some issue with shards

Totally forgot to post: I’ve done the Destructible Mesh tutorial from Dean Ashford on Youtube.
https://youtu.be/hCgCOZNVE9k
I used this tutorial as a foundation and tweaked the values for my scene.
Anyone interested to do some destruction in UE4, I think this is a good start.

For now, what you guys think? Any critiques?
Also, the box needs a name, any suggestion? 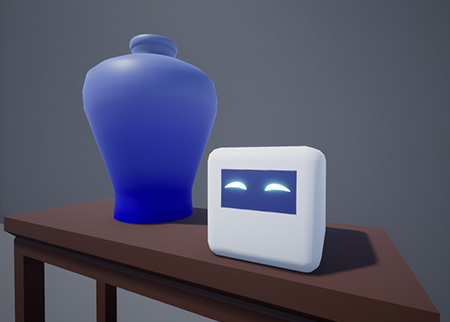 Good work getting it all set up! I think the fracturing of the vase could use some work, right now it looks kind of… voronoiy? Haha I don’t know if that makes sense, but the voronoi pattern is kinda recognizable and feels a bit generic. The biggest thing that’s missing is probably lots and lots of smaller pieces, take a look at this ref for example 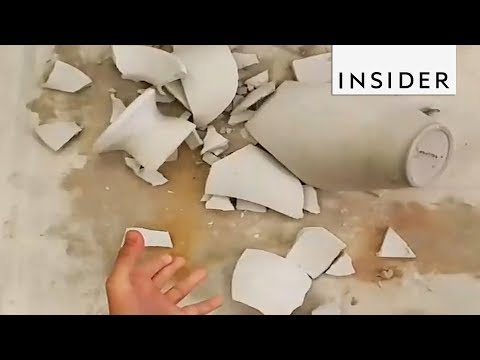 The fracturing starts at the point of impact, where the fragments are smallest, and the shards get progressively larger the further away from impact they are. The outline or silhouette of the vase also affects the fracturing, so the ring at the top is more likely to break loose than break apart. But yeah, give it some more TLC in that area! Excited to see it with some dust and debris emitters too!

Thank you so much for the feedback and the reference. Will try to tweak the fractures. I haven’t thought about some dust and debris, this is a great idea. 'Will look into that all!

I’m not sure how I can customize specific chunks for destruction meshes in UE4. I used the fracture editor with only one fracture method, voronoi. I’ve read about PhysXLab to set up more fracture styles. Is there a way to set up specific fractures in UE4? 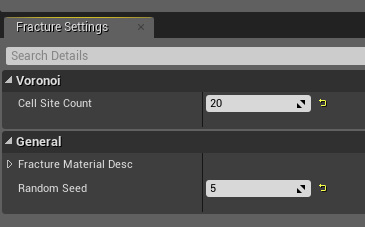 I tweaked the fracture of the vase. Since I didn’t have any knowledge about destruction, I’ve spend days of trial and error. The top ring of the vase won’t break anymore. Also added some debris.

I know it’s not important for vfx or for the destruction challenge (I mostly use whitebox assets), but I want to try out a stylized corner inspired by Overwatch. Maybe some recognized the vase…? It’s fan based from Overwatch, Lijiang Tower map

I made the vase in 3ds Max. For the texture I drew the wave pattern in photoshop and textured the vase in Substance Painter. 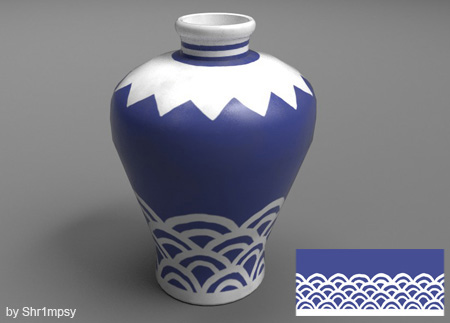 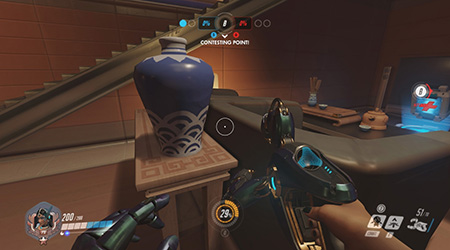 For now, it’s polishing time for the last days

Slowly getting the environment together.

I like it, it does look well orchestrated, though got a little concern about the initial impact and the following destruction:

Just my two cents, keep up the good work!

Thanks a lot for these tips!

I can imagine a much better impact for the vase! A secondary impact would be great too! I’ll look into it how I could tweak the shards a bit more.

I’m using real-time dynamic destruction, APEX Destruction plugin in UE4. It’s with pre-defined chunks, but there are limitations about the shards. I can’t make customs shards or different types of constraints, at least I haven’t found options working for it. There is one fracture method, voronoi and random seed (see some posts before) I’ve tried to build something around the limitations.

Next time I would totally prebake destruction to get much more control, for example with a program such as Houdini.

Really like the angle of the lower gif, great work on the destruction effect

Good to see the improvement. really like the small pieces.

Looks great! I’ve worked on breaking up probably hundreds of destructable objects by hand, the shatter plugin you’ve used seem to be a life saver

I wish I had that available years ago. The voronoi fracturing works really well!

A few fun ways I could think of to interact with this destructable:

Final note; you had the opportunity to smash a Bembel, and you didnt’ take it?

you had the opportunity to smash a Bembel, and you didnt’ take it?

Now I see the similarities, it’s not too far away from the original

only comment is if it was mine, i think i’d add subtle particulate at the impact zone… maybe just 2 horizontal billboards 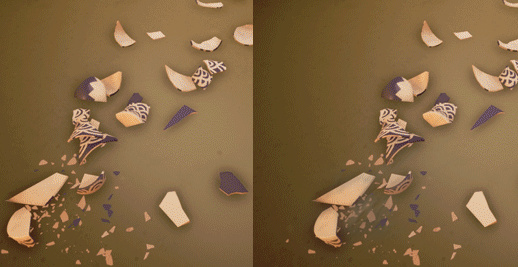 The first angle felt a bit weird, but then I thought “I never seen ceramic/glass break at this angle”.
Well, brb smashing things while filming from the floor!

(just a joke, way to lazy to clean up afterwards~)

@Torbach
Aaah, I see what you mean. Would definitely look much better. Thanks, 'will add it!

Filming from the ground was risky not having shards jumping into your face, dangerous action angle.

@Ludvig
I was very close breaking the vase in 3ds Max. Haha, great ideas for just-for-fun set ups, the bowling pins sounds awesome. In my blockout I played a lot with the breaking values and unrealistic physic materials, vases jumping around like crazy and falling apart… I should make a bonus gif

I’m playing way to much Overwatch.

Thanks for all your comments, I’m happy to read that you like my destruction!

Thanks to your feedback I could tweak the shards and add more debris.