Final for now, but will probably work on it more when I have the time:

I went with a more “nature” approach. I’ll update when I have more

A lot of the star guardian skins on LoL have some cute aspects, and I can definitely get some inspiration out of these: 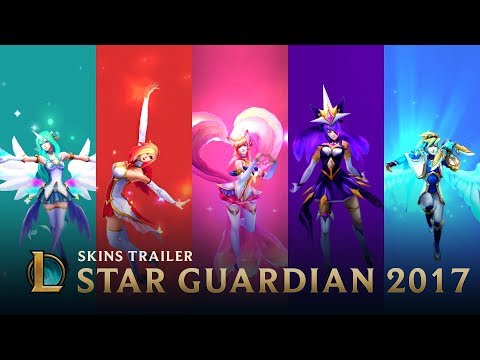 Next I made a color reference scheme with colors I think will work well with a cute effect: 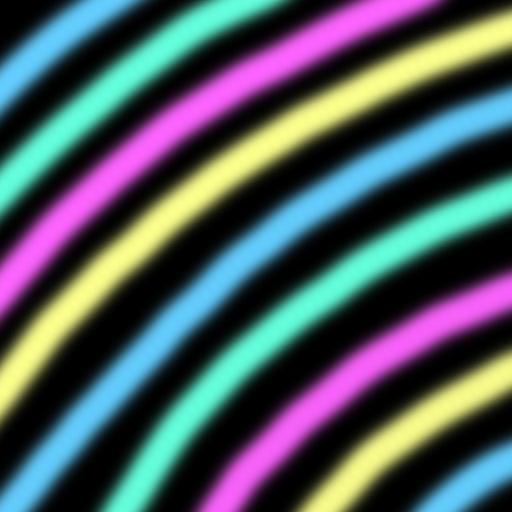 I’ve also made a composition of shapes that imo give a cute effect feeling: 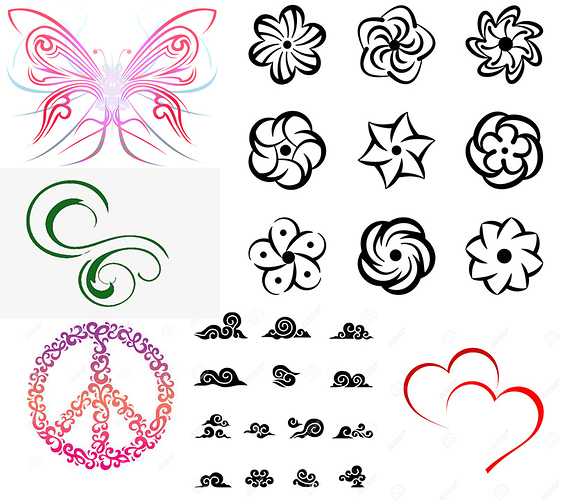 awesome! I like it that you’re going for a more Nature approach. Ivern might be good for reference

Thanks for the reference!

Those trails are looking really nice! Are you using a custom shader or is it just a nice texture with scrolling UVs?

The front one is only a scrolling texture: 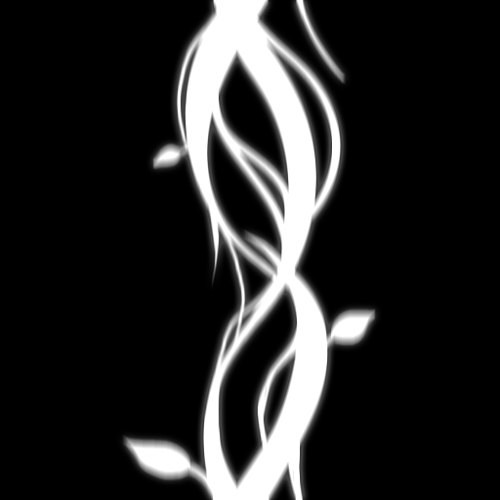 The darker one lerps the “vine” texture with a scrolling noise texture.

Hey, love that you chose to make a league effect and especially the nature side, isn’t done that much

Though I think when designing the effect you should take a couple of things into account when it comes to gameplay.
The area of effect should be more clearly defined when you’re making an area of effect spell, the area is important and it should be easily understandable what the boundary of the effect is. (so for Ivern the boundaries of that specific spell dont really matter since that spell is only used to kill jungle mobs)

Also you’re not guiding the eye outward from the middle, and since I guess you’re making an area of effect spell, filling the area and creating visual interest in that area is pretty important, otherwise the different layers could be seen as seperate effects.

And lastly the walls of the effect are fighting for attention and become visual clutter since it’s paired with the border that is the same pattern and color.

Thanks for the tips! I thought the area was pretty clear by using the ring around the effect to be honest. Could you explain a bit more why this doesn’t work?

I was also not sure about the border so it’s good to hear that I was not alone on that. I had the border effect in the circle first , I’ll try changing it up again and see if that helps.

Hey Scythe, looking good !
As you are making a league effect, I guess you have take a look about the pdf they shared ?
In my opinion, I assume that the AOE need a bit more contrast, as it’s a bit the same than the background right know, or may be it’s due to GIF compression… To answer your question about why it doesn’t work, try to take a screen of you effect and White/Black filter, and in theory you will see what’s need to be more clear !

Also, I would add some other additional animation and movement, only aesthetic purpose, in order to give more sensation of nature and organic. May be the AOE growth non uniformly ? Or the spiral in the center growing too ? You have a solid base for now, may be you could take a look to push it a little further

Thanks for the tips! I will work on the effect tonight, let me know what you think once I update it.

What I meant is that the border of the area isn’t clear to me, so in game that would be a problem, the border between being outside of getting the effect/heal/damage/whatever and being inside it should be instantly clear.

I might change the circle to more of a circle with ornaments inside the circle for more clearity.

I think you need to really step back and assess what type of effect you’re making. As Jason Keyser pointed out, you’re a game designer at the core.
You use the VFX to help communicate something to the player visually, for example how strong is the ability compared to others of that type? That would control how visually intense the VFX should be, and that’s also why crowd control ability skillshots are mostly just giant balls of light, to help signal that it’s really important to notice.

Your effect looks like the ability is a heal, it reminds me a little of Redemption, which is an item that you can buy ingame that casts an incoming heal to allies and damage to enemies inside the circle

In this ability it’s important to note that the area in which the ability has effect is really important since it can mean the difference between dying and staying alive. So the circle is instantly cast on the ground and a ring that’s scaling inwards is showing when the ability will hit, clean and simple.
This is a bit of an extreme example and I’m 100% not saying you should make it boring and simple but at the core those things (gameplay elements) should be driving your design decisions.

I didn’t intend to write a giant essay and don’t take this the wrong way because I love the progress you’ve made, I’m only trying to help

Can you tel me how you did the line that complete in-self? 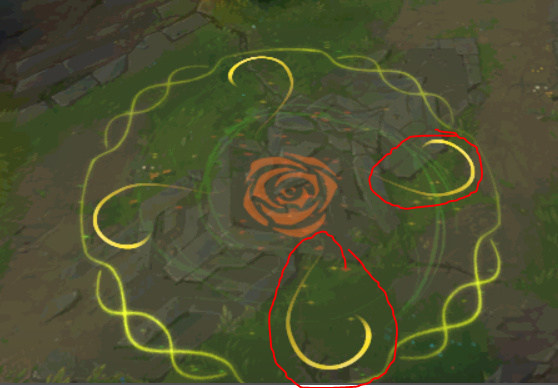 Love the animation of the rose petals when they appear

Thanks or the feedback! I uploaded my final effect for this month for now, but will use your tips to improve the effect when I have the time. Thanks for the extended feedback! (The flat end on the spiral was a small problem because the effect somehow doesn’t take the alpha colored vertexes, so I have to look into that).