I was just wondering is it possible to buy like little more expensive car with VFX salary? Or have a decent looking house? Is there a lot of money in this industriy?

You can check approximate salaries here: https://vfxrates.com/
And here: Зарплаты в геймдеве 2016 - Google Sheets (in Russian, for Russia, Ukrane and Belarus in 2016)

that website is so full of bs I dont even.

I wouldn’t even consider getting out of bed for:

I got the same result 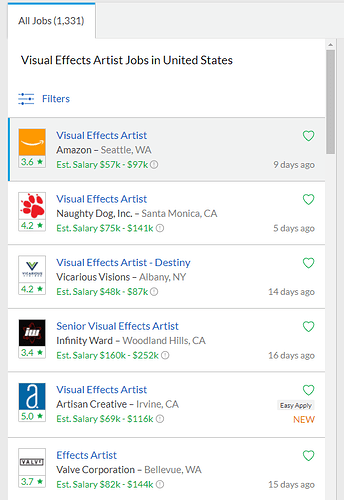 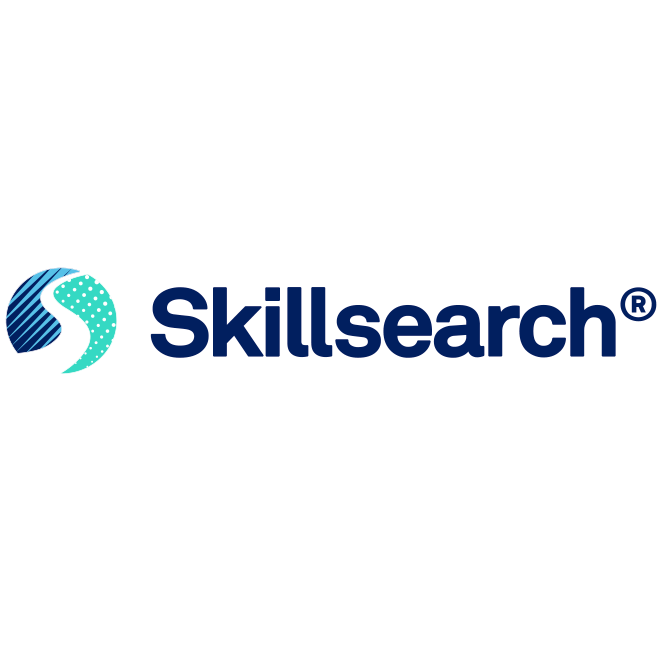 Recruiting for niche skills globally. Let us make your dream job a reality.

What country are you looking at? It varies a lot.

Vfx is paid better than say, environment or prop artists, but less than programmers.
Seniority is of course also a big factor.

Im looking at London or Vancouver.

I’m unsure about Vancouver, but you’re not buying a house in London anytime soon on a UK VFX salary… London does pay better than the rest of the UK but the cost of living is also insane.

25-30k pound sterling entry level in most of the UK, for as far as I know.

I’ve found Glassdoor to be pretty accurate. I’ve used the results found there in salary negotiations to great effect.

That said, FX tends to pay well. my first job paid 40k a year, but i saw that grow steadily over time.

This is such a broadly international issue that it’s really hard to describe what a general salary level is - even in the US, salaries for Los Angeles will vary tremendously from salaries for North Carolina, but in both cases, the salaries and progression of your career will definitely be able to afford you a nice lifestyle.

We’re important cogs in the machine of game development - we’re highly technical, and there aren’t a lot of us, so we’re also rare. As long as that game development machine is making money (and it very much is), there’s going to be plenty of money for us to make.

That said, if money is your sole motivation, you should go be an investment banker or lawyer. Our little niche definitely requires personal passion to get through the challenges we face.

Mmm, how about Montréal ? I’m currently a Junior and i’m about to ship my first game on Steam, Xbox One and PS4, which, i think, can help me negotiating a higher salary. It is stated (in the link below) that entry level begins at 50k (CAD i guess?) a year. But are these datas reliable, specifically in my situation ?

It depends on the studio as well i guess, since there is no way i’m getting paid the same in an Indie Studio AND an AAA such as Eidos or Ubisoft, which i aim to join.

It’s not all about money in this field of course, but like any other person, i need money to pay my bills, my debt and the immigration fees as well. So having a decent wage would help a lot.

However, like i said, i don’t know which source i should rely on to base my arguments during the negociation IF i ever get there. 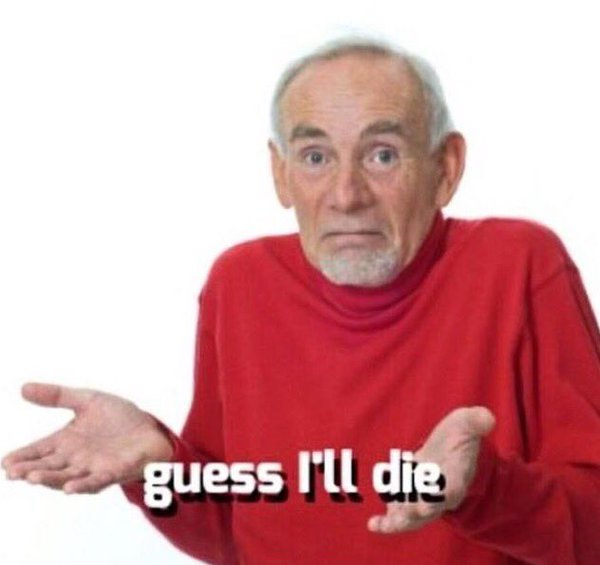 50k cad as a starting salary in Montréal for a VFX sounds about right to me, give or take 5k. Have in mind that some AAA studios pay lower, some pay higher, same applies for indies. So just ask what you think your very rare and specific skillset is worth

I’ll that in mind for the future interview haha. Thanks!

Hahah I also tried the VFX Rates website, and I’ll get more than double than the website said with my new job starting next week. Maybe it’s not made for people working in Sweden…

Seriously, mine was too low too. I feel like that website is just a disservice to us. PLEASE CHARGE MORE EVERYONE

So for a junior vfx artist in Montreal it’s 50k cad? It isn’t to much? I heard it’s approximatively 35k cad :o it’s a big difference. Some people told me that’s not more than 40k for a junior. So 40k is good right? or too much or too less? 50k sounds to much for me, because I haven’t any exprerience.