Question: Animating in UE4 for VFX? Do you use Sequencer or Blueprints? (Beginner)

It’s been a while! I’ve recently started moving over to UE4 since I want to work on more AAA geared portfolio pieces. I’m coming from Unity so I’m trying to understand the UE4 pipeline.

I’ll also be looking into Houdini. I’m interested in learning how to make Looping Fire/Smoke/Magic sims. Any tutorial links or info would be greatly appreciated!

Lastly, I’m a beginner in Blueprints but I’m more familiar with Cascade and Materials (“Shaders” in Unity).

My primary questions are (best methods):

Heya! Unity can also do some cool AAA stuff, but I understand why you’d want to try Unreal as well

For Houdini you can check this tutorial out by @Partikel https://www.pluralsight.com/courses/houdini-vfx-games

For the other questions:

That’s just some of the stuff, there’s a lot of tutorials about these things on YT, just start simple and you can gradually build up knowledge

If there’s something more specific, or you don’t understand something, ask away.

Aye, UE4 seems to be the standard for AAA last I recall. For me, Unity is more for mobile or for showcasing stylized stuff.

Thanks for the link, I’ll check that out!

Ultimately, I’m trying to create stuff like I would in Unity (i.e. faking it to demonstrate the VFX). I think I might use Sequencer, though I’m uncertain how pertinent it is to know Blueprint as a UE4 VFX Artist.

If it’s very important and used for VFX motion and animations I’ll definitely work towards that. If not, I’ll just use Sequencer!

What exactly do you want to make? Sequencer is for Cinematics. Are you interested more in that or like gameplay effects?

@Travis I’d just be demonstrating effects like explosions, spells, and abilities on primitive spheres not characters. But I do understand the part about keeping it concise, that’s why I asked if I could compress everything into a single timeline. I’m not familiar with the process and I’m trying to develop an understanding atm.

Of course. You can even have multiple scenes or levels depending on what your needs are. Sequence makes it very easy for the effects to fire where and when you need them too, for optimal recording, and just for showing off and triggering your vfx, it’s the quickest and easiest way to do so in Unreal.

I’m sorry I don’t have an exact link or tutorial to point you to for the blueprint info you need, I’m still at work atm. Unreal’s youtube channel has a whole series on blueprints that are named pretty well and are easy enough to search for exactly what you’re looking for.

@Travis Eyy, no problem. I’m searching for that info now.

I’m beginning to understand a little better, but I’m having difficulty with the specifics.

Hmm, scratch that. I seem to have figured things out. Things appear to be working as expected. I just placed everything in 1 hierarchy (Image 1 and 2). Correct me if I’m wrong.

This is what I got so far- 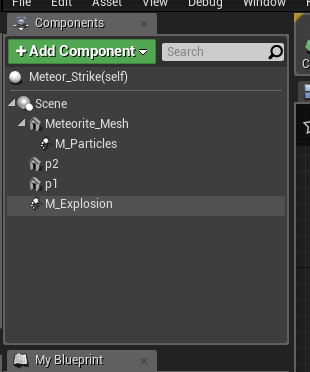 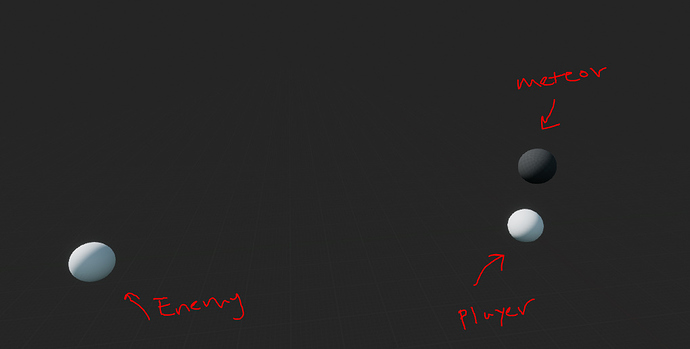 @Travis @AntonDessov Aight, here’s what I got so far based on what I was able to research and piece together (tutorials miss nuances about order of operations which is important).

I’ve got some more questions-

I don’t see the problem in using Sequencer here, I imagine you’re setting it up for a folio piece and iteration is king… Timelines aren’t the best for instant feedback on your changes (and setting up things like material parameters/post process settings is far messier in a Blueprint).

@Doggett Good point. It is definitely more work to constantly guess and adjust stuff in timeline without visualizers. I think I may just use sequencer to rotate the arcane circle mesh for now. I’ll definitely try that suggestion though.