Here is my current Work in progress
https://youtu.be/A-ViHDRMy4U

Here is what I am aiming for.
http://imgur.com/a/GWxQW
Sorry I don’t have a video on hand atm.

I’d love to get some feedback on how I can improve it.

Nice! It works! Go back and update your links with the ones from the “share” section of youtube so they embed - I bet you’ll get more people’s interest!

Hmm I must be doing something wrong :S
Here is my current Work in progress

Ahh I see, I had given the URL a name and that appears to stop the window from appearing

Oh, yea, if you just paste the url directly in the text box (don’t use the hyperlink tool), it should embed.

This is awesome! Did you make other Overwatch VFXs yet, or is this one your first?

So far just this one, I am mid process on Mercy’s healing beam and hope to share both my result and workflow once I finish.

My end goal is to cover most if not all their effects, and sharing what I learn with the community (and probably learn a bunch from feedback too)

btw I love your stuff, your work actually helped give me the confidence to post my work here xD

Awesome! Can’t wait to see all that, and I hope you’ll get a lot of feedback.

And thanks! Didn’t expect that, but glad it helped. xD

I don’t know a lot about unity but is there a way to create a mask in world space based on the object location? If you can you will be able to have a unified dissipation on the mesh rather than a dissipation based on the UV’s.

It’s an exciting project you got there.

World based UVs on the object position should be doable, just require a bit of tinkering. Looking at it again today I think your right and it may look better like that instead being based off the UVs, would probably look real sick when the character moves around too.

Yeah his smoke is an odd one as it seems to be smoke at the top but more inky liquid at the bottom, perhaps two FX going off there.

Thanks for the advice I will keep working on it

I feel rude for just working on the post formatting and not even throwing out any feedback - sorry!

I love that you’re taking this source inspiration and trying to make it for yourself - this is my favorite way to learn too! I’m not super familiar with the source effects in Overwatch (have barely had time to play), so I’m just going to give critiques to make it your own:

The first thing that stood out to me is the extremely broad motion/dissipation on the character - it’s cool, but it could definitely use more detail. I tend to think of most effects like this in terms of the number of frequencies you have overlapping: You want broad motion (which you have and it’s cool), but you also want 1-2 more higher frequencies of detail. I’d suggest 2 - get another noise in there doing medium sized distortions, and an even smaller one to create the “shimmering” on the edges.

I’d also suggest playing with some colors in the shimmers - maybe just along the edges? this might be pulling you away from the concept too much, but it’ll help make the effect more captivating.

As for the smoke, I largely agree with @Alexandre_GM about having the textures pan

Your smoke particles are too visible as individual particles, in this case because I can spot the repeated texture and shapes a little too easily. You really want the effect’s individual pieces to fuse together into a larger whole.

I am really interested in mercy’s healing beam! Looking forward to that!

Thanks for the feedback! I was feeling pretty meh about the effect but now have a bit more direction I look forward to getting back to this effect.

It’s nearly done! But I want to give it a proper write up and share my technique for it. Just need to find the time. Should be in the next few days 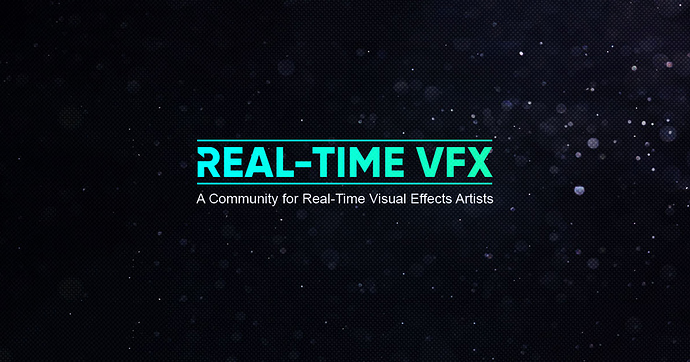 G’day mates This time I have been working on the Healing Beam effect that Mercy uses when healing or damage boosting allies in Overwatch. I’d love to get some feedback, both on the effect itself and the presentation as I hope to do many more...

That was way more than I intended:P Its looking great!