Hey, I’m also a bit late to the party but I still wanted to give the Challenge a try!
Used Unity and Shaderforge. I’m thinking about adding distortion and some smoke.

If I can find the time i will do start/end effects.

Really beautiful, I love it!

Can’t wait to see it done.

Looking solid man! Also, if you just copy and paste the .gif link it will automatically embed for easier viewing

Thanks guys! Ah ok I thought it was strange that it didn’t embed. I’l get some proper videocapture for next time aswell!

Nice style! When you increase the intensity I’d say you probably want some overshoot (where the first burst of fire is bigger/travels further and is brighter than the main state).

Thanks for the feedback, i’l try that out!

Update! Tried to burst the fire more as suggested by Doggett.

Also added some smoke at the start.

I would suggest to make it little big and wider to give it a wild look, Also it would be more cool I think to have a brust at once, currently it takes a start first with few flames and then burst. Just to give it a more realistic view. Good work though

I guess if I were to justify my direction, it would be like the gas has ignited - and you’ve done that great!

Thanks for the feedback! I wanted the fire to have some anticipation which is why it takes some time before it starts.

love it so far

smoke at the start.

for visualizing, maybe a checker floor so we can see the smoke blending

i’d just suggest you work on the ending; that fire cone simply shrinks in. Hiding with an outward flow would strengthen sequencing.

I will call this done now! Worked on ending a bit.

Video on youtube seems to play faster then it should so i included a gif.
Thanks all for watching, and for all the feedback! 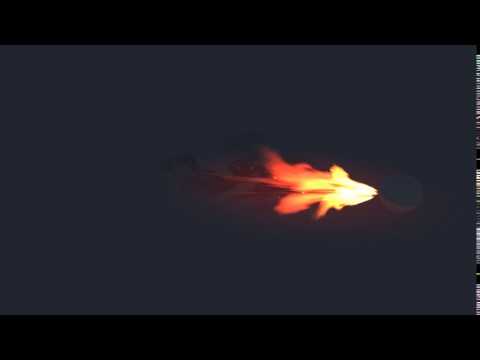 OOoooo I really like those rounded bursts, nice work man

That’s really sweet, how did you do it? Meshes?