I had a crazy idea about this topic, I love all the lego games and in the Lego Movie they did an interesting water only with lego,so I wanted to give it a try.
First iteration of my lego waterfall. 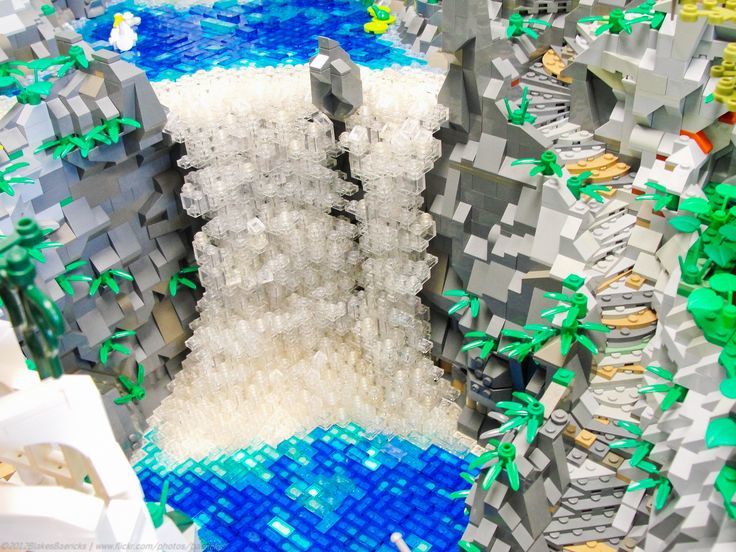 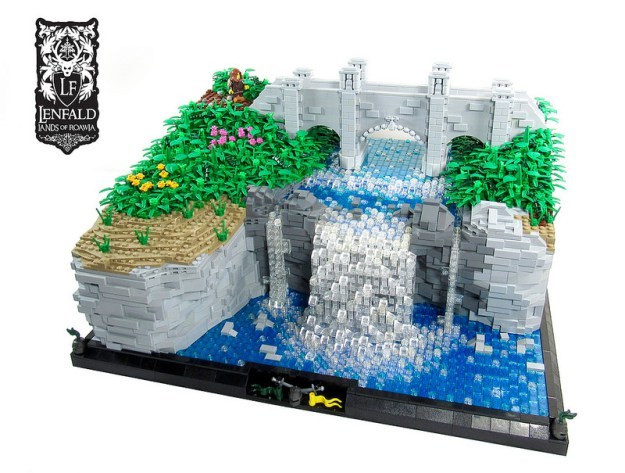 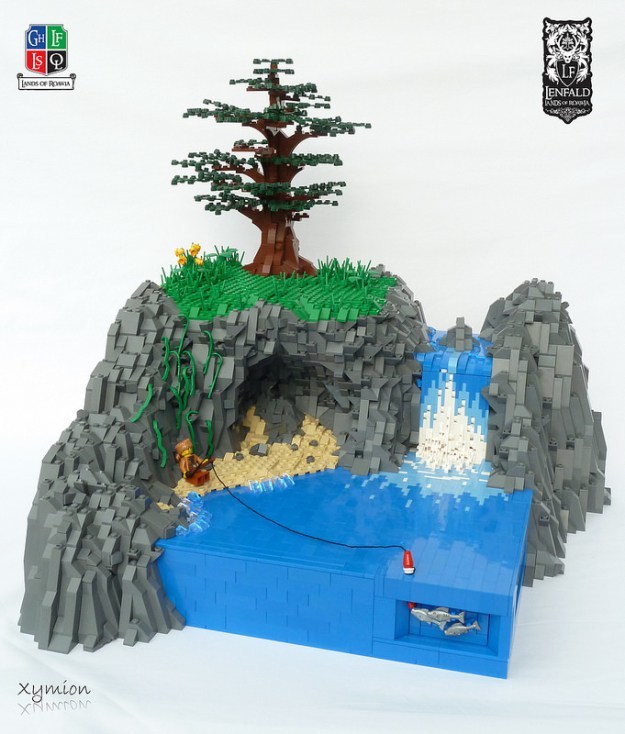 Cool idea! I’d like to see some “streaks” of lighter color legos going down the falls as well to fake that specular glint from the water’s uneven surface. Or maybe something like single brick waves going down the main falls, just to imply more motion in the water

Nice suggestions! I´ll make sure to add them, thanks!

The Summoner’s Rift waterfall breakdown probably shows better than me explaining it, especially in the reference image section

Hey everyone! I wanted to share this break down video for Summoner’s Rift water falls! Just like the Environment Art, we wanted something timeless and painterly. Over all, our intent for Summoner’s Rift VFX was to give some form of movement to the environment, a “life pass”, but still not distracting from the game play space. https://youtu.be/nwl5UkdD61U In Game Shots: [image]

Long time without update, here is the second iteration on my lego waterfall.
I figured some things out:

Simplified the water without volume, now is just a plane with no subdivisions, without height and without studs, just as the references that uses the flat smooth pieces. Also improved the feeling of waterfal ripples. I liked how it looked but i think this way it feels more Lego-ish

The only part with volume its the foam, right now its too low it needs more.

I created the falling water with a 3 layers of standard 1x1 pieces with scrolling texture and cutout for creating gaps, at bottom there is more missing pieces to simulate the breaking water.

Next steps:
improving falling water and color
Add the upper part of the waterfall and simulate thespecular on that area
Improve foam at bottom, add foam at top
Add extra details? maybe foam around the shore? generalpolishing

It might be inherent in the style you have chosen, but the waterfall feels very “segmented”. There is the top section with water going over the crest of the cliff, then a relatively solid blue water section, then the turbulent section with water splashing into the pool below. While all these components are needed, IMHO they currently feel a bit to distinct and separate. I think the “light streaks” @Travis mentioned earlier might help tie it all together. I also prefer the speed in your earlier version, to me the latest feels a bit too jittery.

Hi,
Your points actually are very helpful and make a lot of sense.
About the segmentation, there is actually a mask, to make that part look blue only, without it it the stream are continous; I wasnt sure if it looked better with or without, now I know

, next version will be without it, see how it looks.

About the timing, yeah, I totally agree; I kinda felt that It was too slow paced and sped up the timing but actually does not help the feeling, I would fix that too.

Thanks for your feedback, helps a lot!

I think that front plane on the fall is distracting. You have in your reference clear pieces of the the falls that break that flat plane and help to give it depth, I think that could really help in your final piece.

Thanks fot the input! I will look into it; had some bad results trying to get transparent pieces but it´ll give another try

I´ve been tackling some issues before moving on; I finished the water with the extra shore foam. Slowed timing back. Improved water foam and made it regular pieces so they´lll match better with the falling water pieces; overall color tweaking for more cohesion also. Modified the waterfall masks so its more of a “stream” with less gaps, the front layer now its only applied at bottom in white simulating more foam.
I think at this point looks better and next I´ll focus on the top section again
Still didnt achieve a good transparent pieces effect

Wrapping it up so I´ll have some time for polishing. A couple of things I would like to add but overall complete.