Hi, I´m working on a portal shadre and want to create a silhouette effect around any object going trough it, specifically on the emissive channel… any idea how to create this effect?

Outline shaders are usually done either via PostProcess, or via ‘Inverted Hull’. Both are legit choices.
Just searth for those terms on YouTube, there is good tutorials for both.

Feel free to post your progress or potential issues here, then we can take a look together

Thanks Tobias! And I´m sorry, I didn´t explained myself well enough. I´m attaching an image that hopefully will explain itself better than my last attempt… 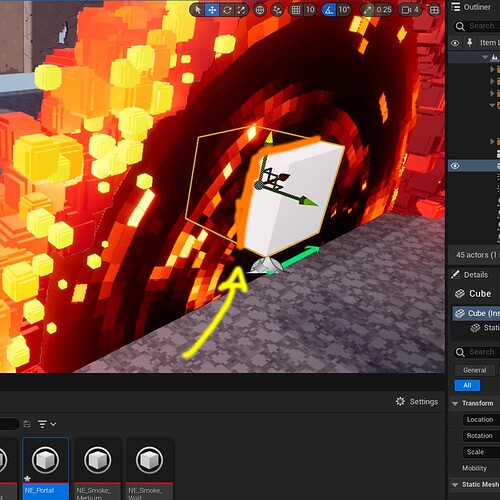 So maybe the word silhouette wasn´t the most accurate to describe what I´m looking for… I just want to create the shape of the geometry that´s going trough the portal but only the bit that is intersecting with it… in the meantime I´m using a depth fade node that fades the rough cut on the geometries, but I want to go a bit further and add some kind of light around it…

Hey,
If I understand what you’re going for, depth fade is a fine way to go about it and if you want it to glow just dial up the color you’re multiplying the depth fade by:

Thanks a ton! that one made the trick