Ni No Kuni 2 - Sword Slashes - anyone have any idea how they do this?

So Ni No Kuni 2 is just wall to wall amazing particles… I love literally every effect in the game, but I am wondering if anyone knows how they spawn particles along the sword slashes to make them look like they are bursting and then floating off with vector fields… see time 0.03… Evans spell where he does a flurry of sweep sword slashes around himself. 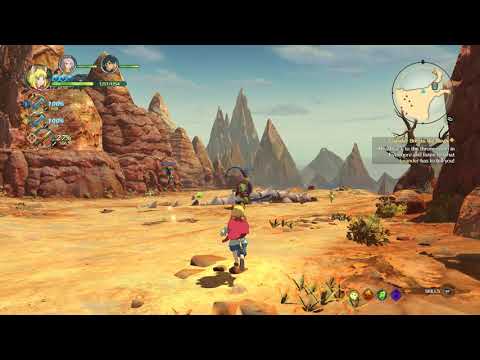 So I figured the sword slashes are just meshes that are either being rotated, or having a texture scrolled along them right? but if I wanted to recreate something like this in UE4 is there a way to use a specific spline shape as a location module? or is there away of spawning particles along another particle mesh? if not, how would you go about trying to do something like this?

Awesome… will get stuck into this tomorrow… cheers Partikel

Quick question, this comes into UE4 as a digital asset and you say you can bake this out as a static mesh in the vid and be emitted as a particle, can you also bake it out as a skeletal mesh in order to emit particles from it? never created anything like this in houdini before, so I am not sure on any of this… cheers

You don’t need to bring it in as a HDA. Just build the mesh and export it as fbx. Import it as usual and tick add skeleton or whatever it’s called.

Got it, thanks! Hopefully, fingers crossed will be able to create something similar now, I’ll give it an upload if I am successful

That’s a good solution!
This is solved for you, but I was thinking of an approach using dynamic sword trails.
So if you havn’t got a baked mesh to spawn the little eerie particles from, you could also just attach a particle system to the weapon socket, and offset it to be where the thick of your trail texture will roughly be. give the emitter shape a bit of volume accordingly. Let it emit in world space, with a noise field also in worldspace, and then just fiddle with the timing.
It’s a little plus if you are able to scale the radius of your emitter shape to adjust the trail shape while it progresses (not sure if Unreal allows for that).

From what I’m seeing in the video, the sword trails don’t follow the motion of the sword at all. You could just create a bunch of meshes in 3ds or Maya and spawn them as particles around your character using the character’s root as the placement.

Yeah it does seem that way looking at it to be honest, I just haven’t delved into spawning particles from meshes too much so wondered whether there was some fancy way of using a sub-emitter or something to spawn particles along another mesh particle… atm I have created Partikels tool so I am just abouts to create some meshes from it and then import them as skeletal meshes too and then layer them up… looking forward to seeing the results

Oh I didn’t notice those little sparkles at first. Well, in your 3d scene where you have the meshes set up for spawning, you could create dummies and animate them to follow each swipes, then use those in Unreal as the location of the particles, though how to integrate all that stuff is outside of my skill range =/

Ok so after much playing about with this tonight, and watching the video over and over again at 0.25 speed, my conclusion is the following…

I tried importing a skeletal mesh of the sword slash, and unless I am unaware of a module setting that does this, I can’t find a way to spawn particles progressively along the skeletal mesh, they just spawn evenly across the surface.

If there is a way to do that though it would defo be easier! I have failed at blocking out the behaviour this way though, so I will give the spline idea a try and if it works I’ll post up my progress… if not… I think I’ll just flip my desk or something

(or try and think of something else… I did think that maybe they added a socket to evans weapon off set, but the particle positions don’t seem to match up with that idea)

On the other hand that slash mesh tool from houdini is super awesome and I am glad I was linked it!

Ok, so threw together super janky test particles just to see if the behaviour was promising and I think I have got what I was looking for 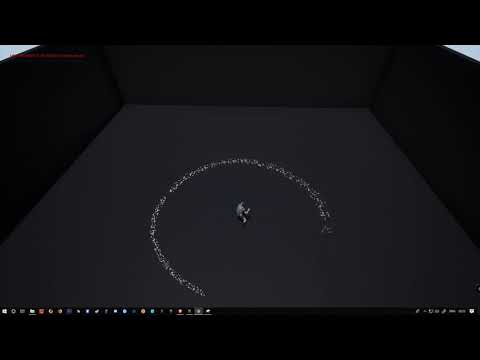 Is that for the general sword impact sparks when basic attacking an enemy? I haven’t moved onto that yet but this is good to know for when I do! thanks

The brute force bake is just how id recommend getting exact parity of the sparkly trail emitter location and weapons arc without hand keying.

Hey @Partikel, after creating the tool in Houdini, I try dragging the digital asset into Unreal and get this message

Do you know if this means that I can only use digital assets created in Houdini if I have bought an Indie license?

Yes. You can’t export or use Hengine with apprentice. It’s only for learning.

After much playing around, I finally sorted a slash mesh that works. Got a combo system set up on this little guy, so just gotta set up the meshes for the other 3 moves… but thought I’d post an update. I found a script that plots a curve from an animation in maya and I turned that into a mesh as I couldn’t use the houdini tool

but I have gotten to grips with anim notfies and sockets now so hopefully should be able to do some cool stuff with it. 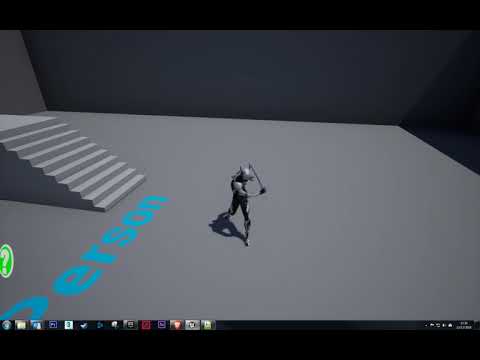 Plugged in the combo… they look rubbish from behind though, so gonna try out some different meshes… also ran into an issue where the notifies were spawning the particles in world position… the only fix I found was to restart the editor and then they were fine… weird… 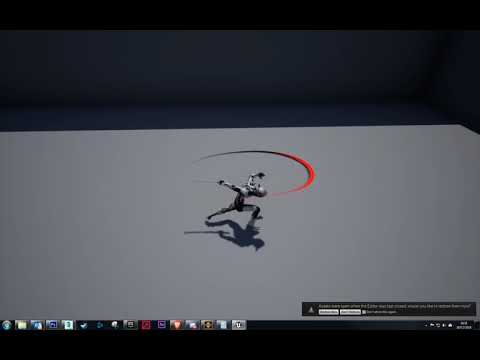