Need help with gradual fading of a dissolve shader

Hi there, newbie at work here.
I’m trying to add a gradual fade to a dissolve shader I’ve got. although after abit of messing around, I stil haven’t been able to get it.

I came across a blog from gamasutra where they somewhat explained it, but it’s all about the written shader code, from which i understand even less

.
Haven’t done all that much with visual shader tools before.

If anyone could point me in the right direction or give me some tips or something, would really appreciate it!
(to note, the tool im using is Amplify Shader Editor)

This here is what my basic dissolve shader looks like atm.

Right now, it appears like your panning the texture you using to disolve. You’re likely to get weird results

-Put a plain color or another texture in your Emission
-Do not pan your disolve texture. Just put a plain TexCoord to it.
-Take another texture coords. Make it pan with your parrameter for -1 in v to 2 in v
-Isolate the green channel. Clamp its value form 0 to 2.
-Multiply this result with your disolve map output.
-Subtract it from the diffuse color (or emissive vaue) .

It should do the trick… or at least something closer to wath you want.

I encourage you to continue your exploration. Maths can be so much fun

Hey, If it’s the gradual fade that is the problem, try using smoothstep 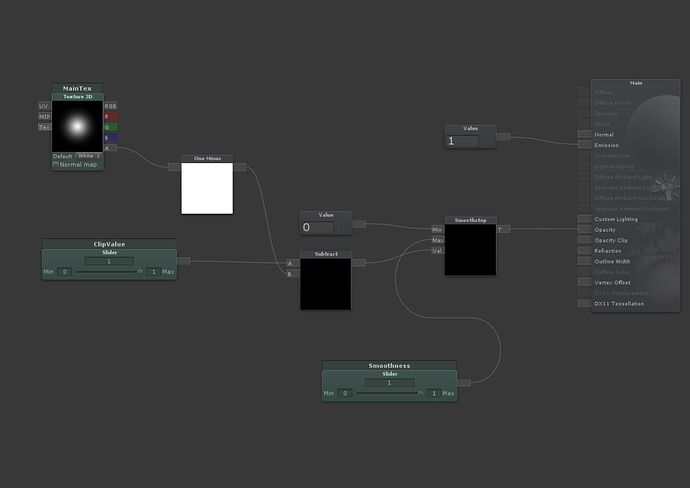 opacity mask works only with white and black. It can not put your grays in anyuse except floor/ceil them into black or white. U will need the opacity channel for your shader like @Limeslushie showed.

Opacity Mask ( Transparent Render Type ): The Opacity Mask requires a shader with its Render Type set to Transparent or a Masked Blend Mode, and works similarly to Opacity in the sense that it takes in a value between 0 and 1, from complete transparency to full opacity, but without considering the values in-between, resulting in either completely visible or completely invisible surfaces in specific areas.

Thanks for the comments, will try to adjust and work abit on it.
Although it’s all still somewhat hard to get, I’ll just give it a go and see where it strands me next

Yes, the main thing is about Opacity Mask that is B or W, you need to use Opacity channel. Then you should check carefully the transparent pipeline in the setting of Amplify… Moreover, you can check also the Official (if I remember well) examples where there is a dissolve shader.

Heyy, I’ve been messing around with it abit more and eventually made something that works with some trial and error (did end up using a Tutorial for Amplify Shader Editor for an dissolve shader as a base).

I did had a hard time following what other’s were suggesting me to do, because i haven’t really touched on this tool much as of yet.
But things worked out in the end, and i plan to play with it alllllot more (it can be hella fun

)
I’m also doing what you said and am delving abit deeper into the math for all this stuff.
So who knows where I’ll end with my next thing

Thanks a bunch for the replies (also towards the others!).
Here’s how it looks now. 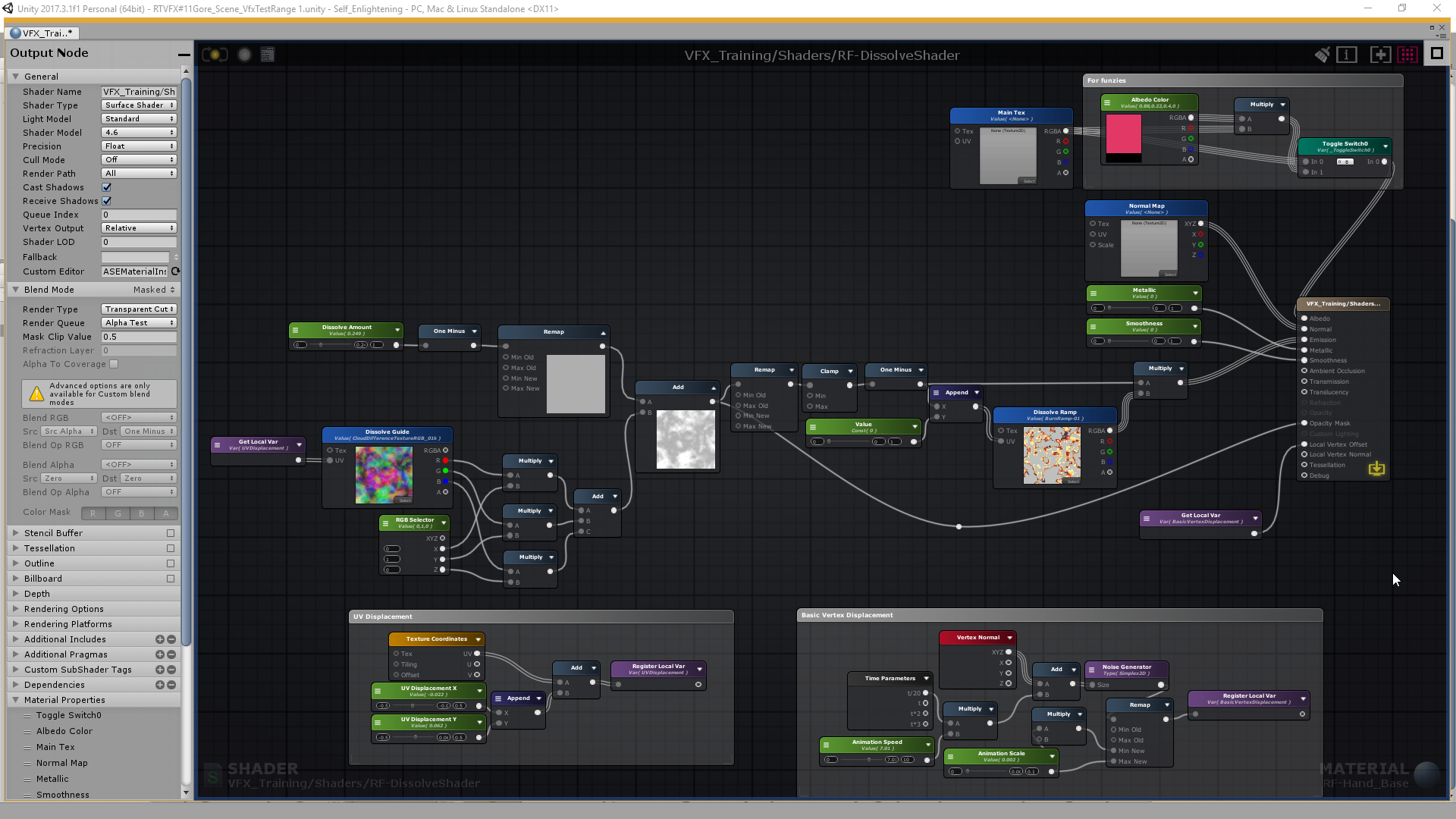 And in the engine.