At the moment, this is the effect that I’ve spent more time on, so it’ll be my “finished” entry.

You might have to excuse the lack of a high quality video, but for some reason my video editing software broke. I’m currently trying to fix it.

This is my first time participating in a sketch challenge. By doing so, I’m forcing myself to learn new tricks and techniques.

I’ll be updating and editing this post / thread, so keep an eye on it!

Everyday I’ve got a couple dead hours while travelling. Is in those boring moments when my brain tends to be more imaginative. That phenomena was kind of explained in this Vsauce episode, you should check it out! It’s really interesting.

Today, I’ve begun freeing the left side of my brain. While brainstorming, it’s ideal to writte down everything that comes up, and then, filter those ideas. But this time I did the filtering directly in my head.

Firstly, I chose one of the 7 proposed effects. I got inspired by a Bioshock idea that I really liked. Then, I thought of words that could spark the “aha!” moment. I used verbs, nouns, adjectives, etc. I then imagined a whole effect variation at a time, and wrote it down on my phone. One step at a time!

Grenades! That’s right. This is the one effect that brought a spark into my mind. Since to me, a grenade can explode into a multitude of things. I really like exploring and trying new things while stepping out of my comfort zone.

So now, I will share with you my initial 7 ideas for it. 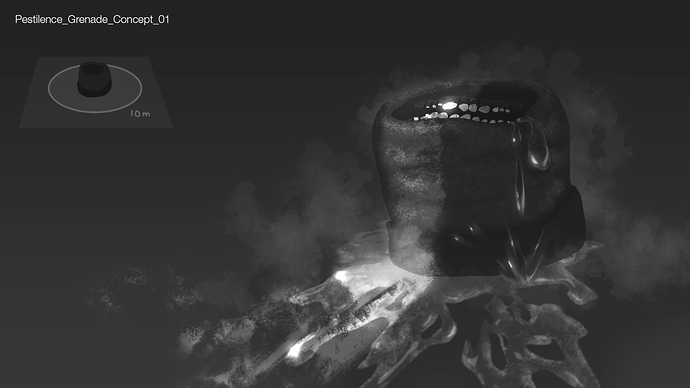 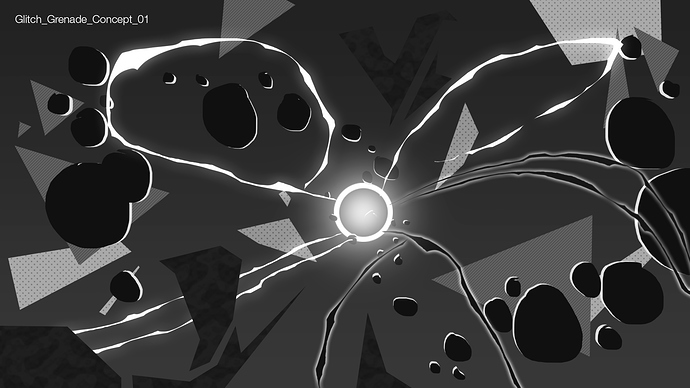 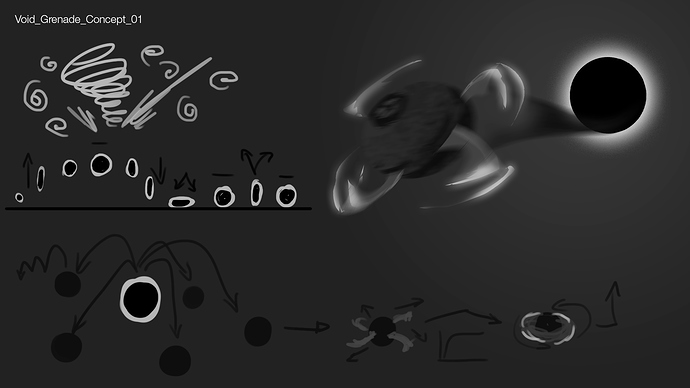 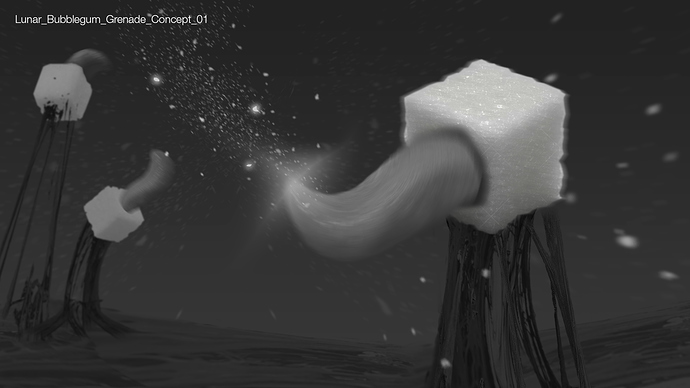 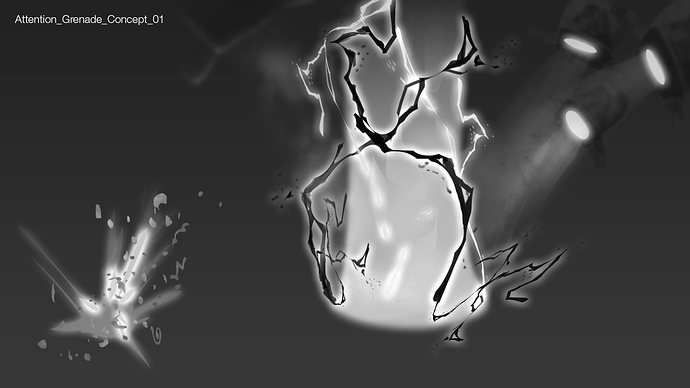 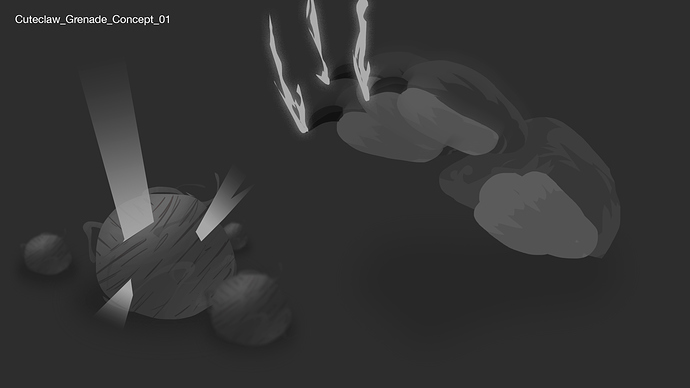 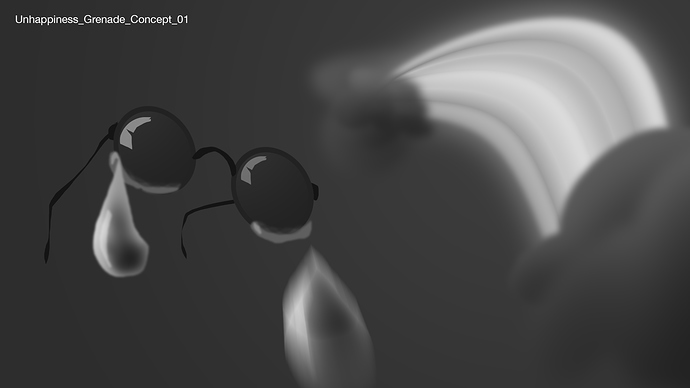 So, here they are! These 7 ideas are subject to change, but I’m feeling pretty confident with it.

Conceptwise, the idea of having a grenade with something else than a fire explosion, came from the vigor bottles in Bioshock Infinite.

So now… time to begin drawing those concepts.

The idea is to have 7 grenade models, each with a different design, and some animated hands that throw the grenade into the scenario. I want the user to be able to select the grenade too, so I’ll also need a user interface. Having this in mind, I’m currently thinking about the best way to convey this experience. 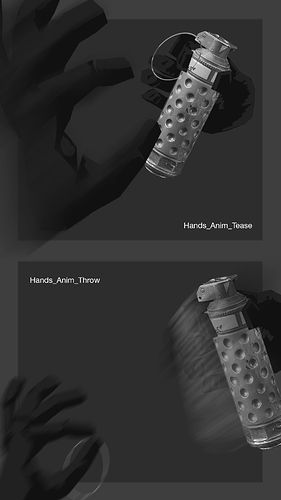 This is the concept for the hand animations. While the player is selecting the grenade, the hands move in an oscillating back and forth maner, teasing to throw it anytime soon. When the action button is pressed, the hands take the ring out of the grenade and quickly move out of the screen as if to imply the throwing movement. Then, the effect plays. Once the effect finishes, the hands return to their original position. By the way, the grenades I used in the image are the Maciej Hotel Yakuza Grenades from Ghost In The Shell, as I really like Maciej Kuciara’s art.

This is a very rough block of the pestilence monster motion and timing. Gonna change its shape and overall design soon.

At first I thought that I’d use this pieces as a flipbook to create a glitchy look, but I ended up leaving them as normal meshes and assigning them different materials. 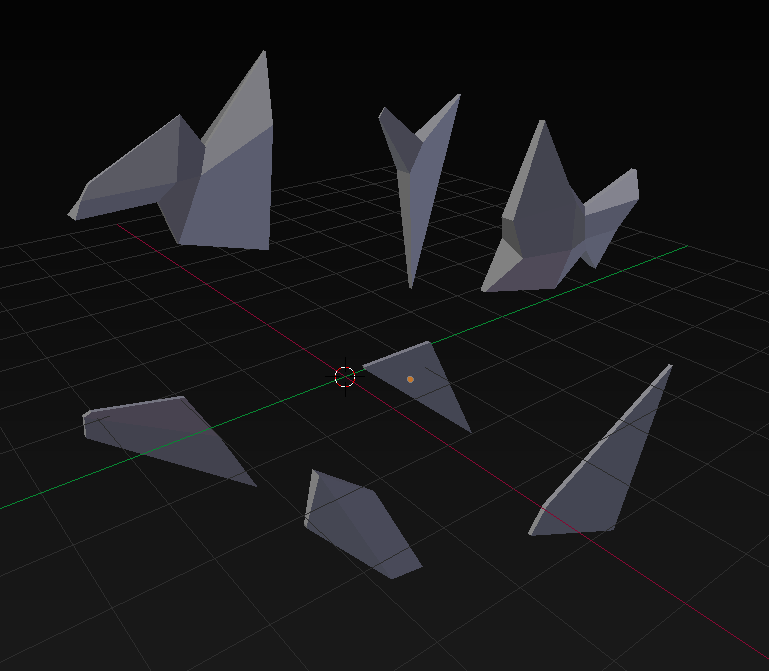 Void cube and blades model blocked, rigged and animated. Ready to implement. The hole mesh will be a sphere.

Base Lunar Sugar Cube blocked and animated, ready to be implemented. Used some IKs and bendy bones for the gum and the tongue.

Ball done, a simple spherified cube. The paw mesh has been blocked, rigged and animated, ready to be implemented.

Basic forms blocked for the sunglasses, rigged and animated. Ready to be implemented and animated into the effect. Clouds done, combining 3D and 2D. The rainbow needs to be done. The teardrop is done and ready to be animated. 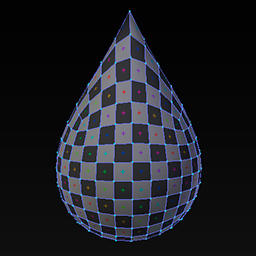 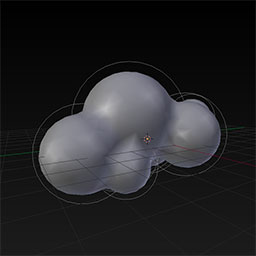 I made a generic grenade to use as a dummy for testing purposes. I want to create a unique model per grenade, but this will do until then.

Both hands are blocked and animated. Tried to focus on secondary and overlapping action for the animation. Still didn’t spend too much time on them since they are not the primary focus of the project.

As for the implementation of the elements and the UI, I’ve already got the UI working. Choosing the grenade and using it, controlling the time with a slider, hiding / showing the UI.

These look really interesting and diverse, such a fun take on grenades! Excited to see how they will turn out

I’m also curious about how it will end up looking like since I’ve already changed a couple things on the fly.

At the moment, I’m trying not to spend a lot of time on things like UVs or materials. Just blocking out the 7 variations and from there I’ll begin to finish the one I like the most and polish the other ones so they look presentable.

Then, I’ll script the UI so the user can choose which grenade to throw.

Also, the project will be available for anyone to download! 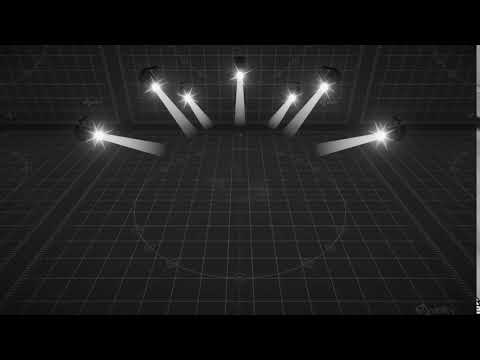 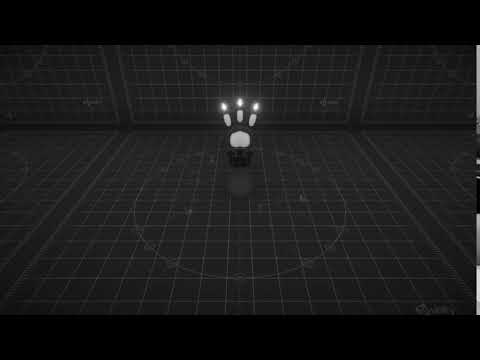 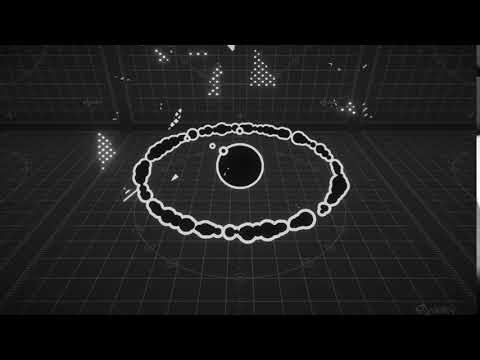 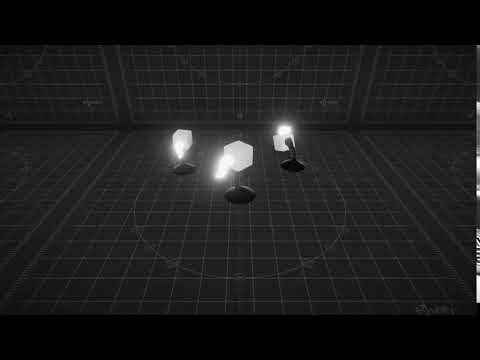 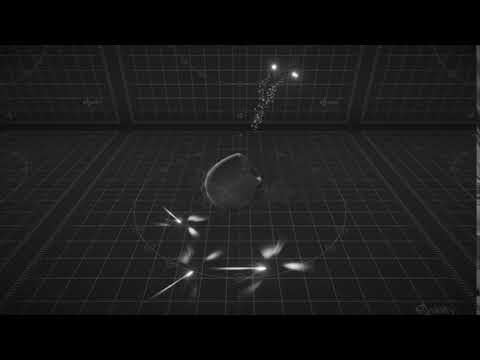 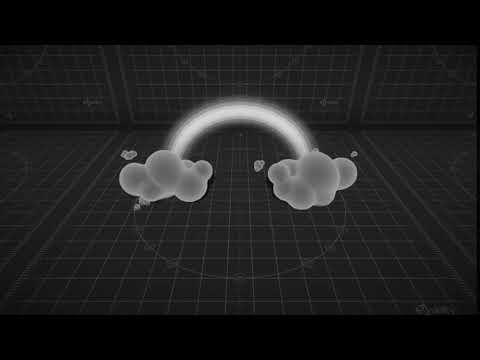 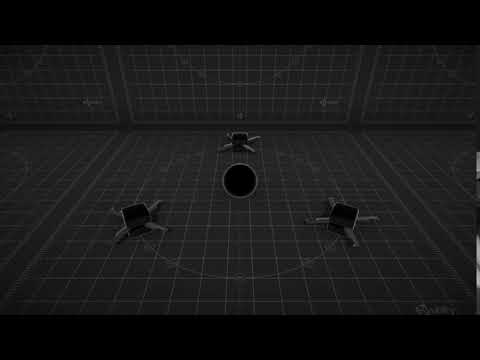 Great stuff! That’s a lot of hard work! Love them all.

They are all quite interesting, and you even made an UI for them.
I particulary like The Void Grenade, with the void cubes going back inside the center void, and the Glitch grenage (Spiderman multiverse is indeed a nice artistic direction to follow).

Here is the build!

I also created some images for the UI buttons.

Well done man, so much effort in all the effects

Will be an interesting sketch!!

this is amazing !!! nice work

Dammn lush ! this is awesome ! Really like your differents VFX

Just in case anyone’s curious about it:

This is how I structured the project files.

To easily manage the effects, I used Scriptable Objects.

These are super useful! 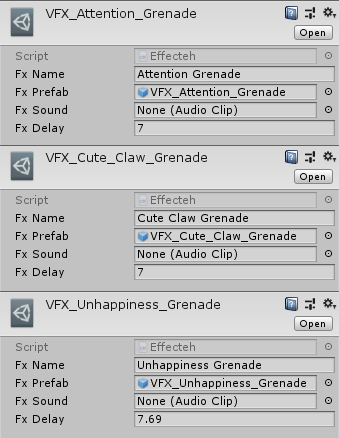 You should definitely try them out in your next project if you haven’t already.

I absolutely love the animations on this! The timing is great and they’re very originally done. Well done.

Superb. Thanks for sharing

Great work … loved every effect in it

If you’re curious about anything from the sketch I’ll be glad to explain.