Hi I am looking for an effect in paragon which i think i may have seen a couple years ago when they first released all the content for free.

It was a complex spark shader, which combined with particle effect. created this sort of zig zag + motion blurred spark trail, which looked very satisfying and usefull for something like streamers. 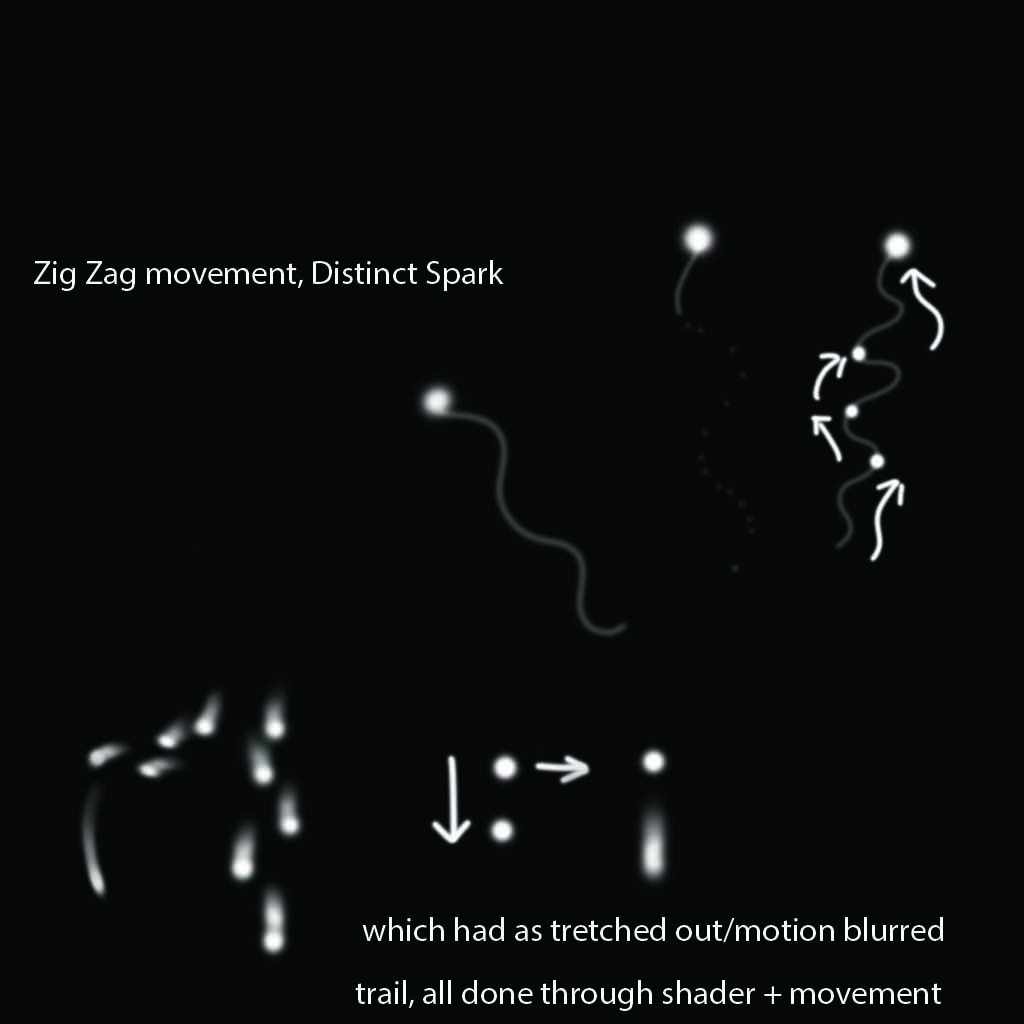 I created what i think was the movement very basic in photoshop and was wondering if anyone knows what I am talking about, or that i am misremembering.

I think it was part of an explosion effect and have looked through charachters:Drongo, Grim.exe, Lt. Belica, Murdock, Revenant, Twinblast and Wraith.

maybe @Luos_83 knows, he made many gifs from those effects back then.

If they are not in those gifs I prolly have no idea where.

yeah checked this as soon as i thought about it.

think i’m just misremembering it for their particle velocity lerp texture thingies they use a lot for their sparks.

I was on Paragon, so I might be able to help. Do you see the effect you’re talking about anywhere in here? https://www.youtube.com/watch?v=oydT0HzhWrY

The main sparks I remember using were from the material called “hard spark” (which must have been released with the other assets) but I don’t think I had any special stretching features in there in particular? The smoke streamers around the tower hearts had stretched sparks, but those are a panning texture rather than particles. There are probably a few examples of those sorts of panning particles around actually.

If I were to ignore how we did stuff on paragon, I think you could get a lot of the behavior you’re talking about by using particle speed to drive a lerp between a round spark and a stretched out spark that fades toward the back. This combined with a warp texture that pans backwards down the spark (velocity aligned sparks in UE4 treat “up” in uv space as forward, so you want the warp to pan down), would get you a long way toward what you’re describing.

Hi Ryan thanks for you reply, awesome work you did on paragon.
I think i remember it looking similar to .exe’s auto attack but then more radial. 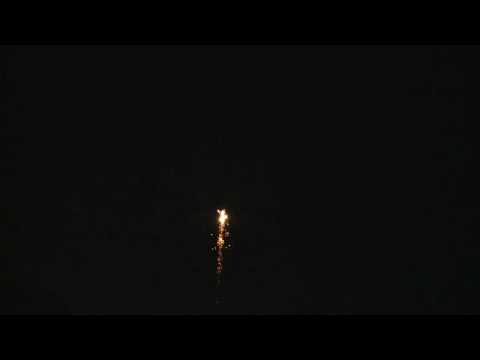 here’s somewhat how the movement of each particle would go but then again like a radial explosion.

Trusting your judgement, i’d assume it would material which would use the particles velocity to lerp to another texture.
What do you mean with a warp texture is that a UV distorted texture?

Okay, so a coworker (who did GRIM’s effects) and I looked through some of his kit, and I think we found what you were seeing. On Paragon, one of the sparks that got used around was called “hotdog” and most of GRIM’s stuff used that. The basic idea is that you switch to a stretched version of the spark texture as you go faster. It doesn’t actually do any gradient stuff to fade the trail toward the back, but it would be easy to add another lerp to handle that too (I think the version in paragon just looks like it has a gradient on it due to TAA and general persistence of vision).

This particular material actually works slightly differently than I said before since what it actually does is stretch the middle of the texture out based off of the proportion of the X size of the particle to the Y size of the particle (those nodes are farther to the left than this screenshot), but the idea is still very similar. The default value for “max speed” is 200, but I think the effect of it is much easier to see if you set it to 2000. (I think other characters might have had derivations from this material, but this is the basic idea. If you want to find them, look for “hotdog” as that describes the idea of stretching out a spark so that instead of looking like an ellipse when stretched, only the middle gets stretched like this:
⊂⊃ vs o 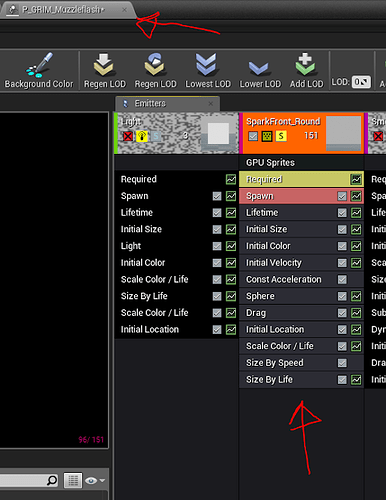 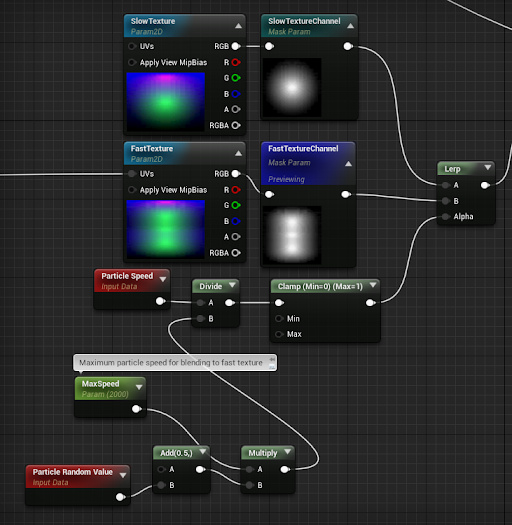 Regarding the motion, we really didn’t have a lot special going on. GRIM’s muzzle flash is just a Sphere emission shape (with velocity on) + Initial location (that is a stretched out line in front of the barrel) + a bunch of random initial velocity forward. Lots of other characters would have had vector fields to add some of that swirling motion, but GRIM at least doesn’t use much. You probably could do that UV offset/warp stuff I was talking about before too, but you’d want to shrink the texture on the quad in order to have some room to shift without going off the edge.

Cool trick, saw it a while ago! These VFX are awesome.