Good catch! I’ll see if I can get a better UV layout for them.

Thanks for the feedback !

This looks rad! I love the concept of the shards.

Thanks @veer and @Elyaradine for the support!

And @iNoob , here’s a small explanatory video. I didn’t go into details, but that should be good enough. If not, feel free to hit me (or send a message :D). 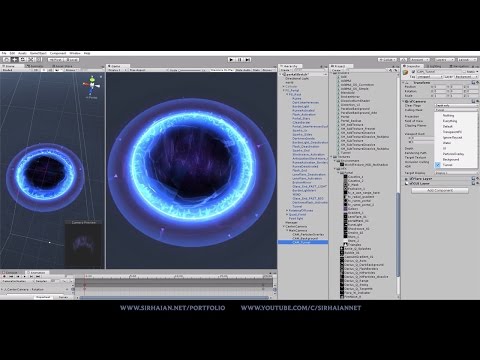 Thanks Kevin. That’s so generous of you to explain it in a video so clearly.

Cleared my doubt about the camera thing (gonna try it soon) and the mirror effect - clever … very clever, Loved the idea. I haven’t explored shader forge yet - next thing in my learning list.
Thanks again.

The mirror effect was explained by @ShannonBerke on her DeviantArt, so credits to her for the idea.

I have a question though if you don’t mind me asking, what is the difference in using sorting layers for camera like you did and using the sorting fudge in the renderer tab of the particle editor? Is that because you used a mesh instead of particle?

Yup, that’s because I have a few meshes in there that don’t use the Shuriken, and because of the ground.

Very happy that my description was useful! It makes me so happy to see others use it

As soon as I read it I knew I just had to give it a try. It was so simple and clever.

Hey man, how do you control the timing of ShaderForge in Shuriken? Are you combining it with Animator or are you just using the Shuriken lifetime graph?

Specifically, how are you controlling the speed of scrolling textures (crystal effect)? Thanks.

I’m combining the animator and the vertex colors of the particles.

Using the alpha of the particles, I can change their alpha (obviously), but also the distortion and the vertex offset intensity. And I then can have more controls over those two if I use the animator.

The speed of the crystal effect textures scrolling is animated through the animator directly.

Okay, I understand the first part. Are you using a slider as substitute for value? Value isn’t animatable as far as I know and slider has a range of -1 to 1. I get how that can control distortion/vertex offset.

What kind of nodes are you using to push/control the movement of the mask for the crystals? Is it some kind of texture push node? I’m having some trouble figuring this one out. Thanks again.

Huh? You can animate the values in Unity. At least as far as I know. :o

As can be seen here:

The values I animate are the Distortion_Strength, the Global_Speed and the VertexOffset_Strength. I don’t recommend using a global speed multiplier since it kinda doesn’t work as expected, but in my case, since it gets all hectic, it’s fine.

As explained in the small video, I simply take the result of my panning textures and feed that to my vertex offset output, after multiplying it by the value I will then animate.

If you want the complete shader, here it is: 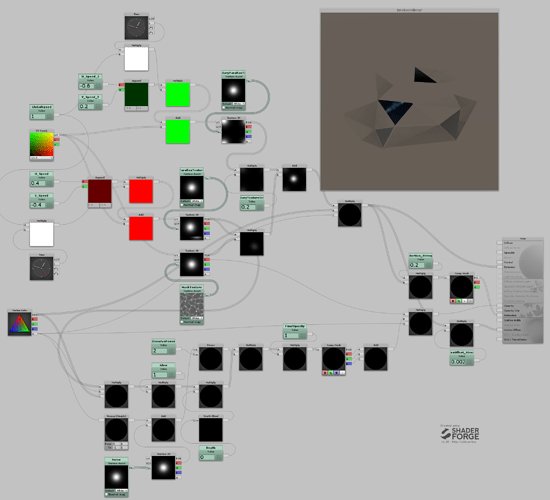 it isn’t optimised at all and still has some remnants of an older shader of mine that I took as starting point (mostly distortion and depth, that I don’t really use in this case).
And also, as you can see there, I use the Alpha channel of the vertex colors a bit everywhere.

Dang lol that’s alot of stuff going on. Thanks for sharing. I’ll try sorting things out and see if that works for me.

Also, I just realized there’s two types of values. The regular one (which I’ve been using) and the one with properties (correct one). Thanks for pointing that out as well! Haha

Ah yes, I almost never use the regular one, only the properties one. I like having as many options in my materials as possible at my disposal.

Feel free to message me if you have any more questions !

Okay, I isolated the part that’s supposed to be animated. The problem is that the panner either shoots really fast (0.05) or doesn’t move much (0.04). Not sure what’s going on with the values. It pans, but its acting weird.

Looks like the problem is that the 2nd frame after 0 jumps to 5 suddenly. No matter what I do it always jumps to 5 even though the curves are completely flat… Am I missing something? Or is this some kind of bug? 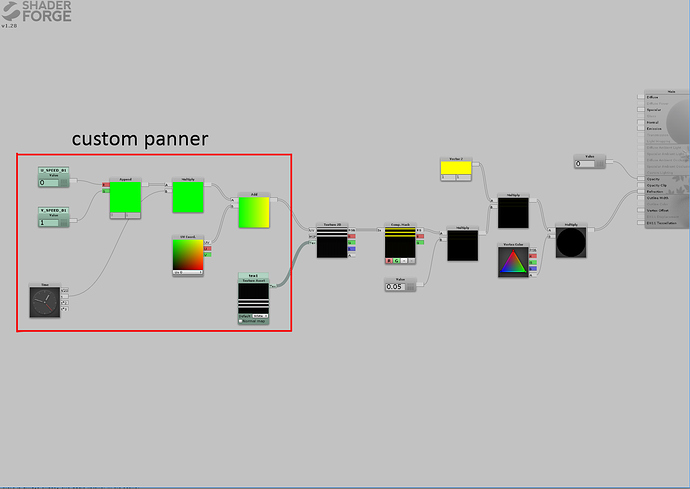 Interesting. I don’t have an answer to this. This is basically the same setup I have, and it’s working on my end. One thing to know though, is that if you have SF open, it’ll render twice as fast in your editor. But I doubt that’s the issue you’re having now.

Also, little update on the effect. I’m a bit out of ideas about it, now.

Also, a little “key moments” screenshots, for those interested: 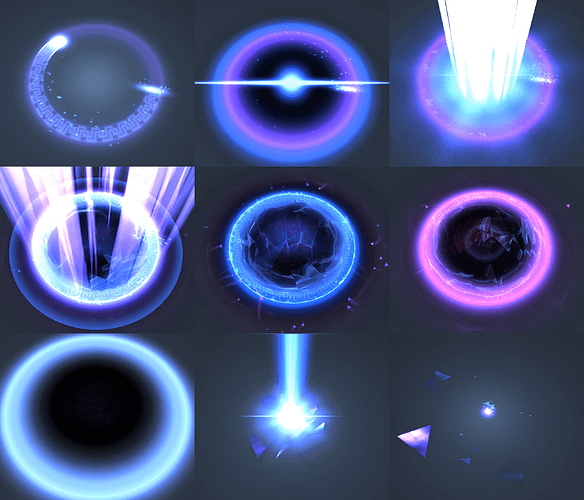 Wowww! Looks so good man! The shards are a lot more successful to me with this new version. Only thing that sticks out for me right now is the beam of light. It caught me off-guard just because it is so powerful. The timer helps me understand that something is going to happen, but it may benefit from something else to indicate an increase in energy that is about to explode. It works, it just needs a proper buildup to that moment. In my head thinking lux’s R is a great example of that. You get a real sense of what is about to happen with the timing of elements. Adding a secondary buildup of some sort could help solve that imo ^^.

Thanks a lot! I’ll try that for the next update then.

By the way talking about Lux… This is a bit out of subject, but I would appreciate some feedback on this Lux Ultimate I made some time ago: https://www.youtube.com/watch?v=MelZY_2hbKM

If you do provide some feedback, please do so by mp, so that this thread does not go off-topic.