I’ve been playing around with my Vector Field generation software a bit and managed to get some liquid like simulations in UE4. The vector fields are locally static with a pretty high constant acceleration pulling them down. As the particles move through the vector field with a weak strength and tightness, they form liquid like strands.

I seem to get the best movement when particles are exploding outwards, so I decided to make Malthael from Diablo 3 explode. 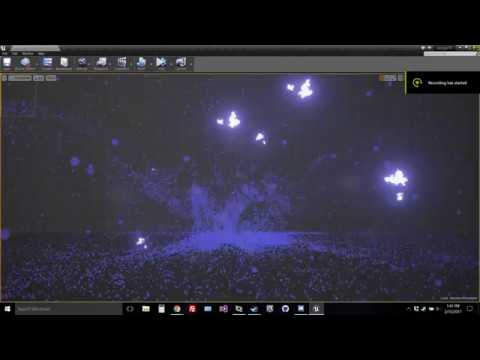 The character texture isn’t mine, I believe it was originally concept art from blizzard.

Notice the jet engine of a GPU cooling fan in the background!

really nice result, i need to have more of a play with Vector Fields…

I managed to get a small scene together and make a splash/under water explosion. 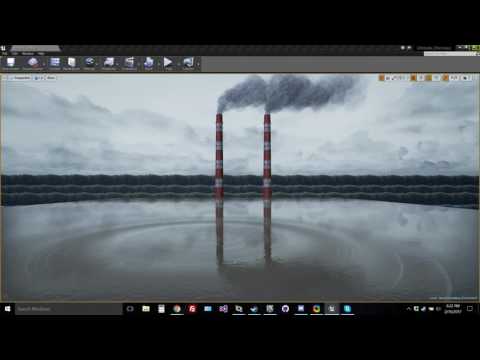 The waves/rings are terrible, but i’ll work on that.

This is looking really cool man! Makes me want to mess around with vector fields ^^

How far are you planning on taking this vs experimenting? Might be cool to see some sort of implementation of a larger solid splash in the center

Thanks! Vector fields are totally underrated, i’m trying to fix that by making them more accessible and easier to create!

I’m thinking I might dive into creating better materials to make the particles string together, or at least have a more liquid look. I’m also looking into making some changes to how UE4 handles vector fields so i can control things over time with it, aiding in my simulations.

is there any way to colourise the particles via the vector field? i know there’s particle random, velocity and suchlike in the material editor but it would be awesome if you could get some whitecaps and foam into this sort of effect.

yeah probably Velocity Magnitude mapped to a look up table would work great. IIRC thats how I did it naively in realflow & it worked nicely.

Also, this is looking fantastic!