Im working on some blood stuff

Hey guys, after seeing the juicy blood effects being produced by some games. I wanted to take a crack at some better blood myself. Im trying to get it looking thick and shiny blood. Instead of the typical realistic bullet impact. Currently trying to get the materials right. The textures are still very much work in progress. They currently look a little like confetti

This the being built in Unreal Engine. Any suggestions or help would be much appreciated! Im still pretty new to Unreal Engines Material Editor.

I like the first one the most since it has some noticeable shading variation in.

Really love it! I always found blood so hard to make. You’re using some kind of disintegration shader, right?

What are the flashes of light/sparkles in Stage 1?

The fake environment reflection map was playing up. I was cranking up its brightness to make it visible. Clamping it fixed the issue

I’m currently trying to add more colour variation to it now. Also making some fatter blobs. Thanks for the replies guys

I actually really like the density of stage 2, but I guess that is all up to preference and story for the amount of blood!

I feel like the velocity range is too great. The high speed spray is fighting against the speed of the slash. And the slow spray feels too weightless. But the color and form is beautiful.

Clamping it fixed the issue

Hi Russel really god job btw I really like it!

By clamping it I was wondering if you were losing some specular highlights when the camera is not in close up or the effects look the same?

Maybe you have clamped it based on the camera distance?

Hey Russell,
So stage one looks great. It feels stylized and a bit light is that what you’re going for? I like the alpha clipping you’re utilizing in the material. I wonder if you can feed that into the diffuse so the value of the edges gets lighter as the blood becomes less dense.
Stage 2: I actually don’t mind the dissolving of the blood for this and stage 3. It depends on the style you’re trying to achieve. I assume you’re going to add spec at some point. Keep in mind that when blood first exits a wound it can sometimes be extremely dark due to volume and density. Don’t be afraid to play with value a little over the course of the slice.

Have fun and thanks for posting!

Iv added more fake rim lighting to the blood. This will make it appear to grow thinner (more red) as it disintegrates. I fixed the fake cube. Turns out it was being canceled out by another thing in the material. I still have quite a bit of clean up to do it seems. Anyway, here is where I’m currently at. I’m happy about the material itself so far. However, the particle effect and shapes themselves are a little lacking. I tried to add more colour variation as someone suggested above, but I feel the outcome was not so great. It created even more noise in an already quite noisy effect. Small details are certainly not what this material is lacking at the moment haha. I think I need to tone it down a little actually.

To answer the questions above:

@Alexandre_GM Turns out I did not fix this issue with a clamp. I simply changed the cube map it was using. The original had a big fat white blob on it that was causing massive issues. It seems I’m getting stuff I do at work and stuff I do at home mixed up at the moment haha.

@Yance Stylized and bright is not quite what I’m going for. Though I guess the effect wouldn’t exactly be called realistic. I’m more trying to make exaggerated realisticish blood. Realisticish is definitely a word by the way! I think I managed to implement a bit of what you were talking about with blood going brighter towards the end as it thins out. I had this in place but it seems I had an issue inside my material that was preventing it from happening originally

@William_Mauritzen The particle effect is pretty bare bones at the moment. Once I get some more solid textures down I will probably build some proper effect out of what I have. Some kind of corpse explosion style thing or something along those lines.

Again thanks everyone for your feedback

Nice one, the second i like the most. Because it looks like special ground Blood, which Impact is coming.
This Blood Style remember me much to the “Castlevania Lords of Shadow 2” Blood.

Hi
Its interesting to me. It seems like you’re using an alpha erosion method to animate each sprite, I like this idea

I also worked on blood vfx, I am still under NDA so, I can’t share any screenshot, but here are some suggestion I can make:
You should try to smooth your grayscale animation (or alpha erosion) based on the grayscale to keep it cheap (no need for a convolution matrix stuff / gaussian blur or something).
To make it more realistic too, I would multiply your opacity by another grayscale channel, allowing to get some density inside the blood.
Finally I think you need to get some shape like this Shape

At the end I switched from sprite particles to mesh particle using a really simple bended plane, so using the initial mesh rotation set to uniform.

However, the particle effect and shapes themselves are a little lacking. I tried to add more colour variation as someone suggested above, but I feel the outcome was not so great. It created even more noise in an already quite noisy effect. Small details are certainly not what this material is lacking at the moment haha. I think I need to tone it down a little actually.

I’m really liking the texture color, it’s looking really nice! I think the noisiness and shape could be fixed by the story. Just like you mentioned near the end of your post about building it for something like a ‘corpse explosion’. If that is going to be the story for your FX, then you’d have a starting point and reason for a certain shape and direction. Excited to see what you come up with!

Thanks heaps for the tips! Currently my texture is using a standard alpha mask to dissolve. I pretty much just grab the textures alpha then feather it. Its a rather crude bad way of creating an erosion effect. however like you mentioned its cheap and simple. I currently don’t have any better way of creating erosion textures. In an ideal scenario id love a tool that takes a masked textures alpha then finds the center most points in the texture. Then gradiant out to black from those points. So the center most point of the texture is full white and the edges would be black. The way I found to fake this sort of was to feather the alpha. if you have a better way to create these erosion masks I would be very excited to hear! Ill post the texture so you can get what I mean when I get home.

As for the multiply your opacity by another grayscale channel thing. Id be interested to hear a little more on this. Id love to try it out!

Thanks for the response and feedback guys. Ill be working on it more tonight.

@Alexandre_GM hmm increasing fake cube map scale depending on distance is an interesting idea. Wouldn’t that be a little expensive? I literally have no idea . Im still new to this.

Hey @Augie I like the color and erosion of the blood so far. To my eye though, the blood looks sharp in terms of its shape. It reads like torn or shredded paper around the edges of some of it, and less like a liquid. A few of the bits have concave edges that form into points, and while high surface tension fluids can be stringy, they don’t look pointy. Here’s a GDC talk on how Naughty Dog did liquids for The Last of Us that talks about how they went about making their dissolve maps for their blood.

Surface Tension: Liquid Effects in The Last of Us

In The Last of Us you spill a lot of blood during melee combat and gun fighting. It was important that the effects had a realistically rendered appearance even if the amount and use of blood was stylized. The blood and water in the game needed to...

Overall I like the volume, color and variation in the effect.

Hey @THVFX, I red through the document. The erosion stuff they have is wicked! Though its hard to see whats going on because im guessing a lot of it is lost in the document. The video would have been awesome to see. From what I see it looks like these were created from relaflow? I sadly dont have realflow at home. The cost is rather high after all, heh. If these were not created from realflow and you can give more information that would be wicked!

Wouldn’t that be a little expensive?

For sure it have a price, i can’t say though you have to profile it, but depending on the importance of the blood i think it could be a good investment. So you make sure that you have your highlight working far and up-close.

I’m pretty sure there could be other solution from our tech guys here.

The video would have been awesome to see. From what I see it looks like these were created from relaflow? I sadly dont have realflow at home. The cost is rather high after all, heh. If these were not created from realflow and you can give more information that would be wicked!

You can use Maya Naiad as a student I think?

It looks like they don’t embed correclty unless they are on their own line - I was a little curious about that too, so I just modified your original post accordingly and it worked…

Although they’re not animating… I’ll have to check that out later. Maybe Imgur gifs don’t autoplay?

As for the multiply your opacity by another grayscale channel thing. Id be interested to hear a little more on this. Id love to try it out! 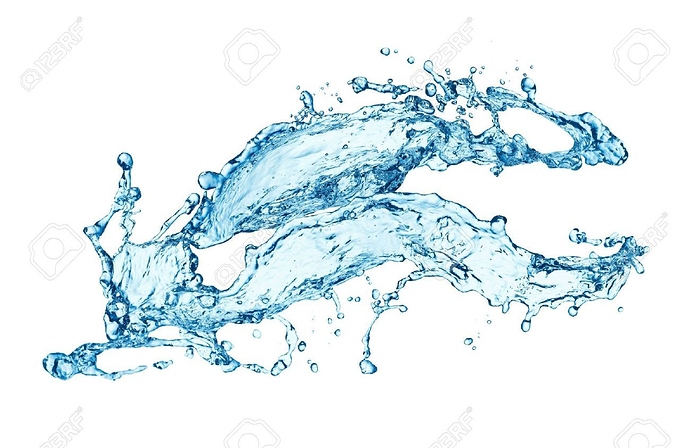 getting a look at this picture you can see that the more water there is the more opaque it is too. So if you create a opacity layer (which doesn’t require to be as detailed as in this example) then you’ll create a depth feeling in your material.

[quote=“Augie, post:14, topic:496”]In an ideal scenario id love a tool that takes a masked textures alpha then finds the center most points in the texture.[/quote] Yes a tool might be cool, but I didn’t have any time to developp such a thing so I manually hand painted that :S