As some of you might’ve heard, Houdini 16 is out. And with that comes the launch of the new Games Tools, the spiritual successors to Steven Burrichter’s github tools.

Here are some videos to get you going. If you’re going to be at GDC stop by the booth or the training day for more details. Updates are already under way

Here’s some more info on 16, it’s a incredibly massive release. It’s available today if you have an Indie license you should’ve gotten an email with instructions on how to update it.

Learn about the new features and enhancements in Houdini 16.5...

And some videos on the tools themselves, also cover some basics like making fire and simple RBDs
https://vimeo.com/album/4367989

Let me know if you have any questions!

All of this stuff sounds awesome! So excited to get started with some Houdini training soon

Do any1 know how to exactly translate heightmap ,exported from UE4 landscape, to H16?

I haven’t downloaded H16 so I haven’t tried the landscape tools. But here’s an old way of doing it, that could act as a startingpoint. Put down a highres grid. Hook it up to an attribfrommap where you read in the heightfield. Then put down a vop with a displace along normal hooked up. Let the color drive the amount. 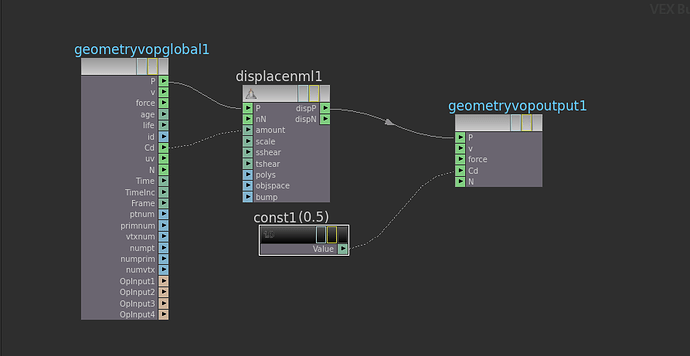 Great Work by the Side Effects Team!