After studying -and playing around- with UE4 Real Time VFX Editor I have decided to recreate the “Defeat” animation for the Hearthstone portraits.

The initial concept was creating a puzzle-like mesh of the portrait itself, and have the single pieces moving indipendently to recreate the effect observed in the Hearthstone game.
Easy said, easy done… not really.

The biggest challenge for me to re-create this effect was to figure out a way to create a mesh puzzle thingymaggig with blender. After a week it dawned on me the possibility I may be able to import a 2d picture and have it rendered as a 3d plane, then cut it into pieces! my intuition didn’t fail me and I found a couple of tutorial showing me what to do to achieve the desired result.

The animation itself is quite simple
I display the portrait by overriding a plane, then show the “Cracks”, then the pieces will start moving:

This is the material used for the portrait, nothing special here. 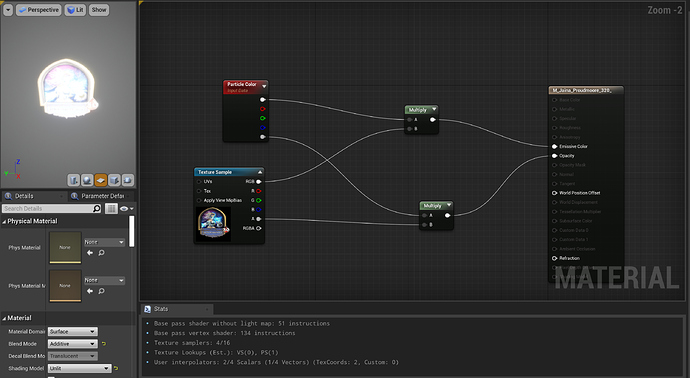 To show the cracks I am using a similar technique, i display a texture overriding a plane.

This are the three texture I have used, the original texture was found with Google. I am bad with actual art

cracks texture718×353 14.8 KB
Each emitter in this picture will show one of the textures above 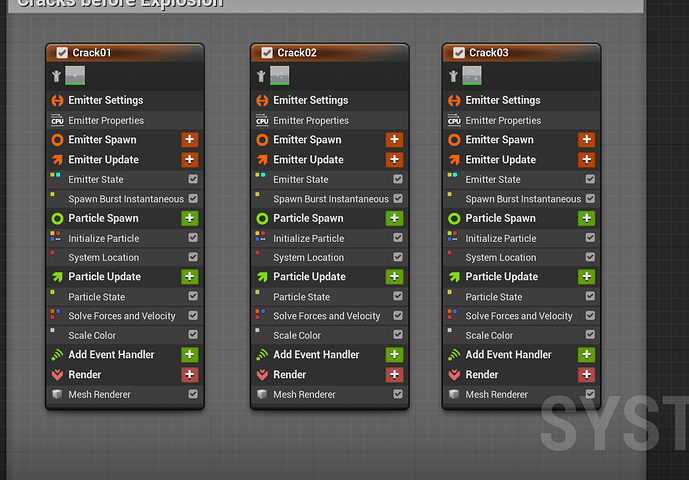 Then I play the animation itself “Jaina’s Portrait Mesh-Puzzle” 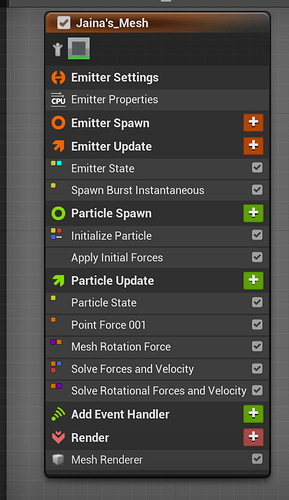 I have 21 of these buggers, each for each piece of mesh that was created importing the .fbx file from blender. The concept is still simple, each emitter will apply a force to the mesh to have it move and will add a small rotation to simulate the impact received by the piece.

The final result was this

The animation itself is static and will not change, the solution adopted for the “cracks” is not optimal either.
Also, the speed of the pieces are flying much slower than the actual animation, but i didn’t really want to change 21 emitters again for now!
These are the areas I could improve on, but for now I am quite happy with the results.

For now enjoy, I will come back sometime in the future with some other stuff