So there is this really simple setup to just read the distance field and write it to Emissive colour. 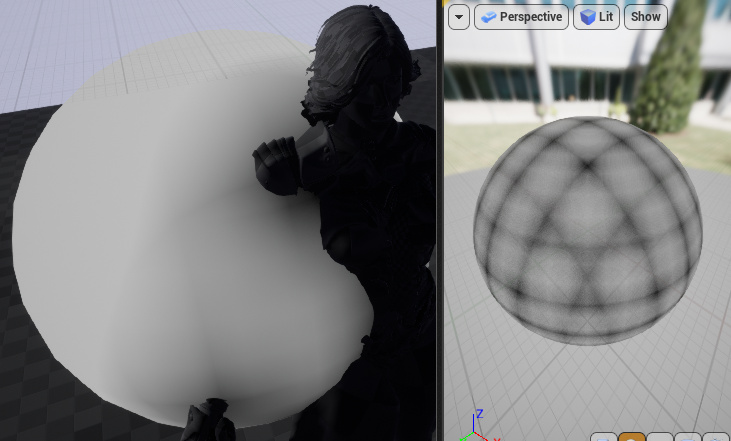 What I would like to do is acces this same information inside of a custom node.

This works, but only partially.

The results show up in preview viewports, and in the global distance field, and mesh distance field visualisation modes, but not in the main viewport. 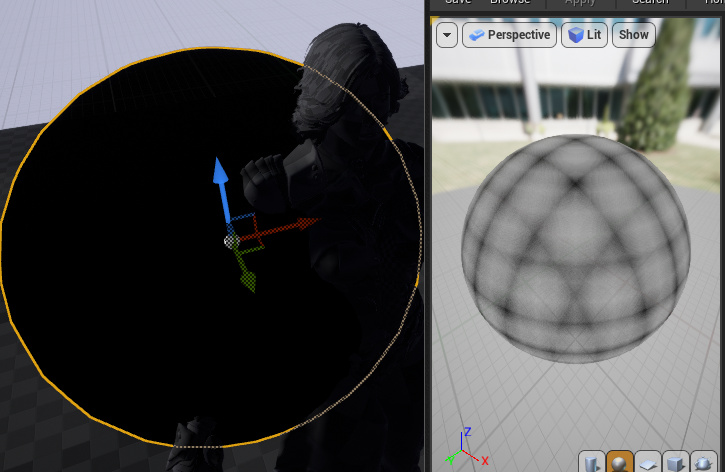 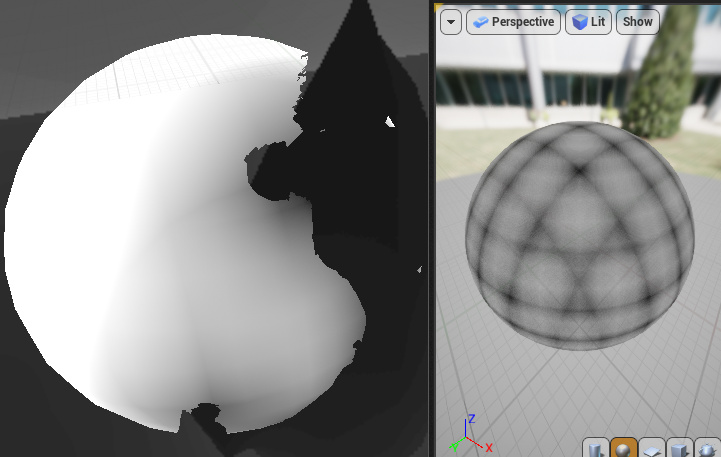 If anyone has any ideas, that would be super appreciated.

Try to put a float instead of a Sampler in your second input. Maybe that’s helps.

Here is link for this function.

Hey yunus, thank you for your reply!

That’s a very good suggestion, I hadn’t thought to try it.
Unfortunately this also doesn’t work.

I believe Texture3DSampleLevel(Texture3D, samplerState, float, float [,int]) might just be a function in unreal to wrap the function you showed.

This code compiles, but the same issue still persists.

I tried a few other things while I’m at it.
When using the DistanceToNearestSurface node, this code gets generated.

Where I call the same function

I ran this through a code compare tool and the lines I’m showing are the only differences between the two
shaders. Except for that, the two shaders are identical.

Yet the issue still persists

i guess the “Get Distance To Nearest Surface Global” is included by any function library.
You will find the “include” files and the path in the upper part of your hlsl code.
Mostly this include file collecting a bunch of functions also macros etc or other methods.

I hope this will help. 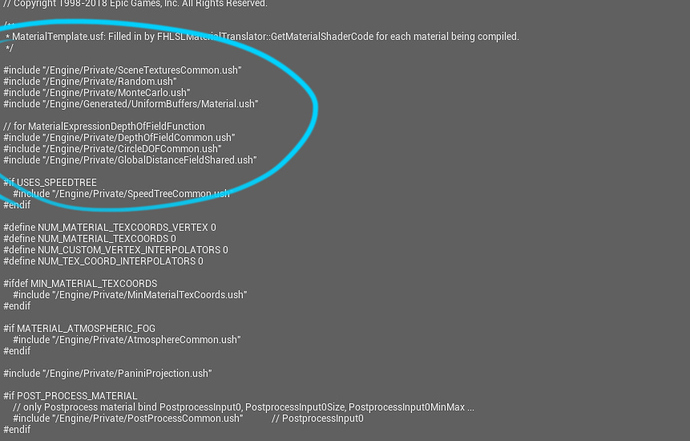 It’s part of GlobalDistanceFieldShared.ush
I opened this file inside of vs and copied over the code from there originally, that’s where the ComputeGlobalUV and Texture3DSampleLevel Functions came from.