I wanted to try my hand at some World of Warcraft style spells and this is the perfect opportunity. It was a hard decision since there are way too many effects in the game, but being a shadow priest enjoyer myself i had to try my hand at the MIND FLAY!

Some things to have in mind with this effect:

Some of the references and moods: 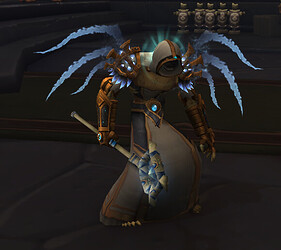 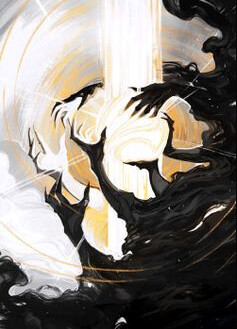 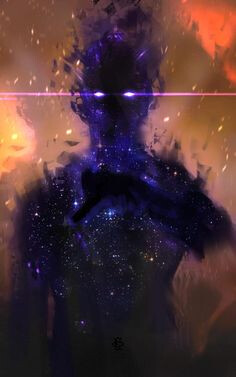 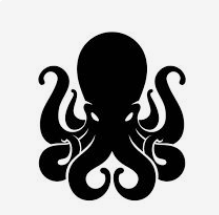 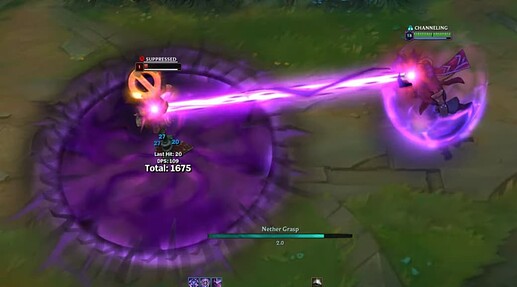 First go at the concept: 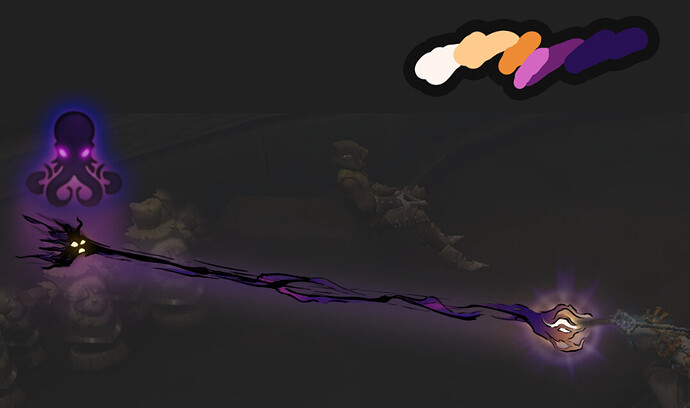 I made a flipbook of facial expressions to put as a billboard on top of the target’s face, to help represent the target going crazy when getting their mind flayed! 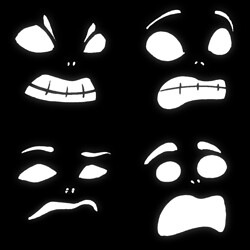 VFXSketch_55_faces2048×2048 130 KB
Some of them will need some more work, maybe add more faces, but they work fine as a first iteration when set up in a particle system

Some blocking progress. Sorry for the small gif but most of the shapes are random blocking textures to sell the motion anyway.

Wasn’t too happy with the beam so I’m trying out a different technique, I’m liking it a bit more

I love that sin wave shape

Ty, I’m trying the Waveform niagara module, it’s a bit confusing at first but very handy and flexible, I’ll just paste some screenshots in case anyone wants to try this setup: 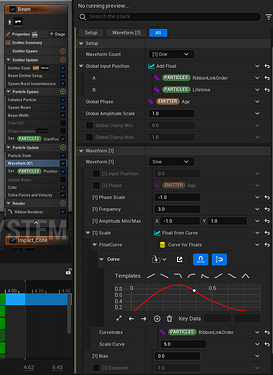 Using waveform to modify the position 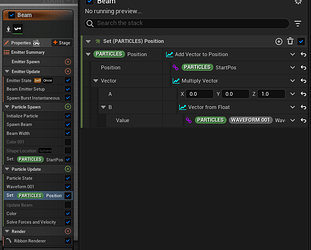 The resulting meshes looking like some kind of sea monster:

Super cool! I’m really liking the direction you taking this!

I’ve been playing a little more with ribbons, I’ll try to push them and make as many as the elements of the effect as possible with them.

Not much progress in general but I’m liking the feeling of the impact plumes, my first instinct was using soulercoasters but I don’t think they would look as organic so let’s see if I can pull these off.

By the way I’ve been beating my head against the Beam Setup module and I’m pretty sure the “Absolute Beam End” check doesn’t really work and the position is absolute either way. Maybe I’m missing something but I just ended up transforming the position myself 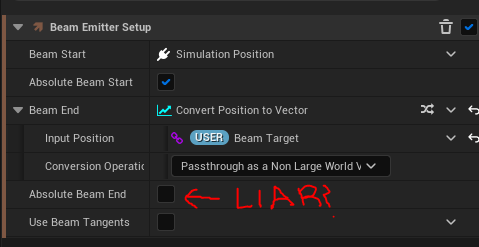 Having trouble getting the beam to stretch back out after setting up the modules as you indicated (it’s just all bunched up at the start point). As you noted below, setting Beam End doesn’t do anything. Any ‘gotcha’s’ I may have missed? 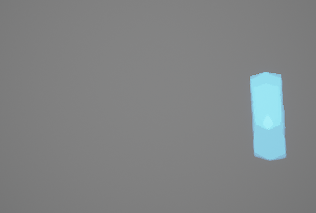 This was my Beam Setup at the time, try random vectors, if the beginning and the end are at the same point even when you move the emitter around the level then the “Absolute Beam End” shouldn’t be the cause for the problem

If you’re sure all the values from the image are the same, I’m not sure what’s the cause. Here’s an example of how I have the waveform set up: 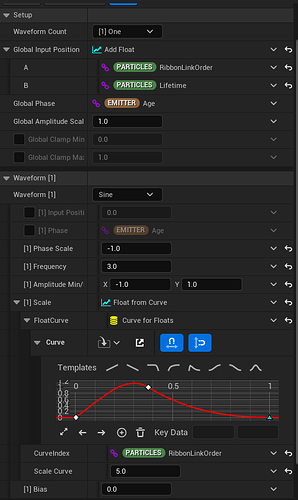 The graph at the bottom isn’t that relevant, you could just use a float there

Gotcha. Yeah my waveform is correct, it’s when I introduce the Particles.Position module and alterations that it bunches up. Weird… still investigating

And doing so after the Beam Setup? 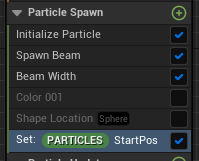 You might be storing the initial particle position before the beam setup, which would probably be (0,0,0) and that would explain your results.

Yeaaaaaaahh, that was it! I totally spaced on having to set that to particle position. Thanks, it looks great!

I was playing around with the ribbons a little bit and I’ve stumbled into something great.

I’ve added a new ribbon with high amplitude that waves around in a similar way to the previous ones, and it looks fine.

But playing around with how the wavelengths affect the position of the trail I tried to give it some tilting by applying the vertical wavelength not only to the vertical offset, but the forward (X) offset aswell: 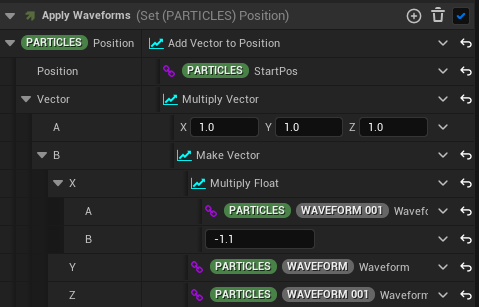 And the result of such a small change looks preposterously better to me.

It’s crazy how rewarding I find experimenting to be when working on vfx.

A cool byproduct of working with ribbons instead of soulercoasters or 2D flipbooks is how coherent it looks whenever doing a turnaround of the effect:

Added some elements to the impact area and trying different things, I’m not loving the new tendril colors but I wanted to experiment a bit. 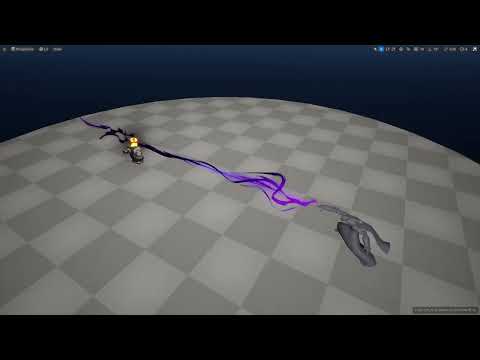