I was wondering if anyone had some guidance on improving the resolution of Embergen renders? When I scale them up for larger explosions they look pixelated like below (obviously because the render resolution is 256x256) 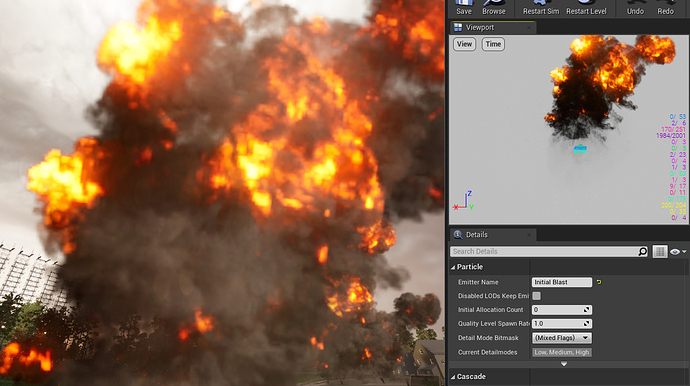 My question is what is the best way to improve resolution? If I increase the sprite szie to 512 x 512 then the end flipbook size has to be 8k x 4k in size and this doesn’t seem workable or sensible. 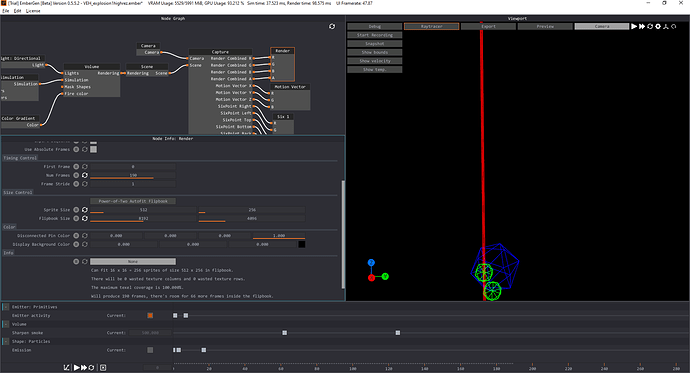 Are my options simply to make it shorter if I want to increase the resolution of the final render? Anyone else hit this issue?

thanks in advance for any input!

192 frames is extremely many. I’ve done tests with 128, but I don’t think I’ve ever used more than 64 in production. Use Frame stride (i.e render every other frame or so) and blend between the frames instead.

Ha yeah, i felt it was quite alot. Was jsut testing out the workflow to see were I hit speedbumps.

That makes sense to restrict to to something a bit more feasible! Ive been having issues making motion vectors work to interpolate the in-between frames. Sadly it stutters even when I followed a couple of tutorials.

Any advice on setting up of motion vectors?

Thanks again for the fast feedback!

Just an update, no need to reply to my last message.

Hey Simon, I just watched this, thank you so much again! I have taken notes on all your points I can act on. It was great to see you use it and see what the pain points were. I have been working on updating the timeline widget as well which seems like the bit that’s really letting it down. Let me address some of your points. Timeline playback Very embarrassing and I will resolve this with a timeline widget update. You can change playback speed here [image] It looks like in your UI, the defa…

and now its working correctly, look forward to further experiments!