Hey all, I’ve been trying to prep the upcoming unreal game jam and I’ve been stuck on how you would go about creating text using particles. I’m trying to uses effects to visualize thoughts and ideas.

An example is this writing scene from the film Limitless. (Preferable particles of words not just random characters though) 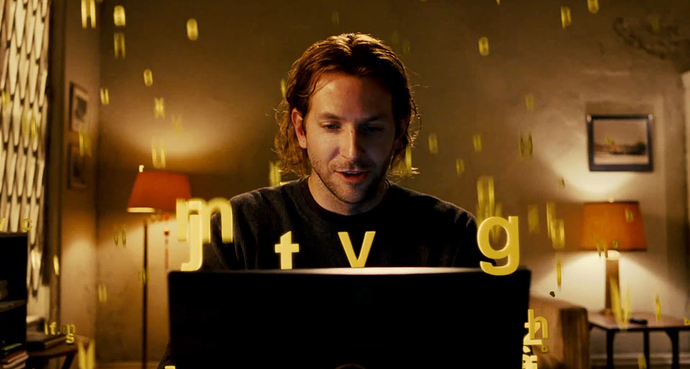 Nothing as complex as this though, I simply just need a way to generate a sprite of a specific strings. I’ve realized that rendering dynamic text is sorta a pain, I know there are text materials that the Text Render object uses but, I’m unsure how or if I am able at all to leverage the material in particles.

If it’s arbitrary words, that’s a lot harder, though still plausible. I’ve written shaders in the past that use a flipbook of numbers and dynamically write text based on a value passed to it. You can do the same using a flipbook of letters and passing the string in as a number value. At least for small words. If you want each letter to be a particle then it’s a little easier as you’d just need to assign the appropriate flipbook frame on spawn.

Here’s an example of a shader using an SDF font atlas.

I was mainly thinking sprites but, if its easier to do meshes I’m more then open to it. Its just a prototype so I’m not super concern about performance just quite yet.

Thanks for the quick reply! Yeah sorry if the reference was a bit unclear but, yeah I want to display separate single words not random characters. I’ll definitely have to look into creating a flipbook of characters though, thanks for the tips!

bgolus’ solution should work just fine then. If you were using meshes you could basically do the same thing with some shader magic.

You arent allowed to prep for the gamejam actually, you need to start from scratch the moment the theme is announced. doing so prior can result in disqualification.
Also, rather odd that you are asking this all over the place, from answerhub all the way here.

that said, Particle Text in Code Plugins - UE Marketplace is probably the closest thing you can find without putting much effort into it.

Hey! Haha yeah I saw that plugin it definitely looks really cool but a bit more then I need. I’d figure it be a good opportunity to try implement a simplier version and learn on my own first though.

I’ve been a lurker quite a longtime here so I figured I might as well give it a shot here too, I knew the community is really talent. Also I’m well aware of the rules of gamejams but, there’s nothing wrong with practice and learning mechanics beforehand. The theme comes out today with the prompt actually and they do mention if you do use assets made beforehand just cite it. At least for this jam anyway (Epic megajam)

yea thats true, though we’ve had people going so far as making the base all set up with only adjusting the visuals to match the theme.

The setup is a bit tedious, but it works

Another advantage of this, is you can setup text content during gameplay, so you can use a single “text display effect” re-used in various places, just the text changes.