Been on this forum for some time, but never posted anything, so let’s change that!
I have been doing VFX for something like 5 years, working on titles such as Battlefield and Battlefront, doing mostly realistic FX (hopefully I can upload som of thos in the future). When I’m playing around at home I like to make more stylized stuff and get a healthy mix of both.

First one up is a “challenge” I set for myself from my favorite game, World of Warcraft. Trying to make a damage projectile for an established healing spec within Wow by mixing Nature and Lunar/Arcane magic. 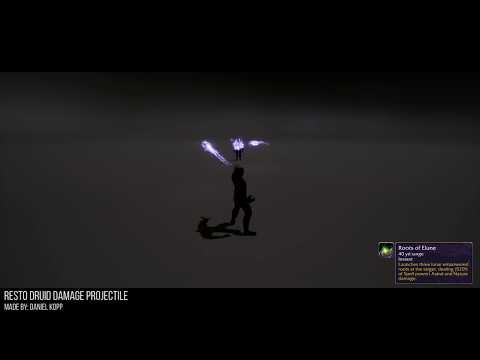 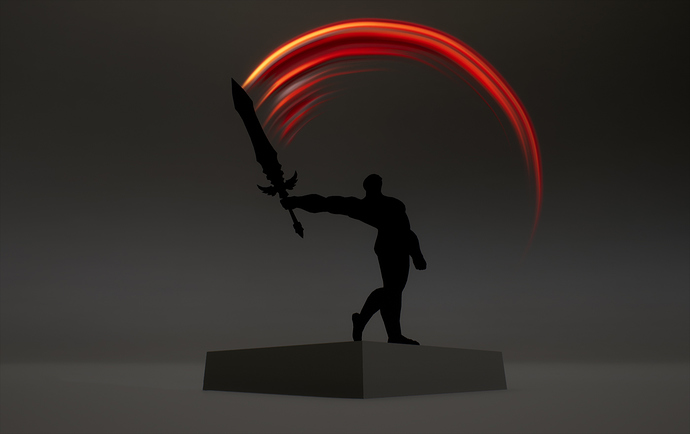 What did you find was the most challenging part?

Looks cool, but a bit stiff. I guess that’s based on the effect you recreated. What would a modernday version of it look like? If it was made for a game of this style, what would be different?
https://realtimevfx.com/uploads/default/original/2X/3/3ef17014771b3060000e70e8e8cb7cd79213f6c9.gif

Agree that it looks a little stiff— I would suggest you try to carry that “swirling roots” theme into the motion of the missiles also and make them move in a less structured and exact way. A little twist in the motion would go a long way I think.

You also made a really sweet looking missile head, but because everything moves so fast, it’s hardly visible. Maybe you could exaggerate the timing of the missiles even more, so we get to see them near you a bit longer before the take off?

Finally, and this is a specific thing to WoW, the magic here looks more like Frost than Arcane/Lunar. I find that the easiest way to differentiate the two is by saturation and adding more hits of purple to Lunar (because they really are very close in color). Making it less misty looking and more like “energy” would also help in that regard. It does look cool as is, and ^ that is just if you were literally going to put this into current-WoW and wanted to be super accurate

Overall you could also add more stuff lingering around afterwards. Everything is on and off the screen so fast that it makes it feel like it’s not hitting the target super hard. Could be leftover energy or leftover leaves swirling all over the place. Love it so far!

Thanks Glad and Sarah!
It’s been a while. Between starting a new job with a new engine to learn and the launch of BfA, the draw to do FX at home has been a bit low for a few months.

But lately it came back and I have worked a bit more on the effect.
First thing I did was redo the projectile system so its dynamic and do not use preset splines.

After that I did a few tweaks to the parts of the effect I felt where a bit shit (all of them) and with Sarah’s and Glad’s feedback in mind.

This is what I came up with:

Let me know what you guys think!

Thank you for the breakdown! learned a lot from this