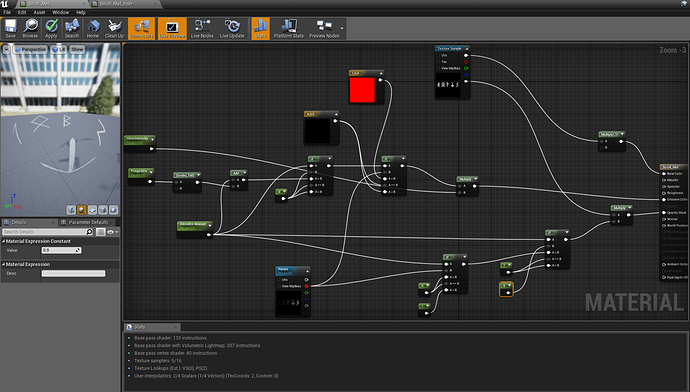 You want to dissolve material this when the actor first spawns? The simplest solution would be to go into the blueprint, and, starting from the BeginPlay event, add a Timeline, which, on Update, goes to a SetScalarParameterValueOnMaterials node. Double-click the Timeline and create the curve, and then link the curve’s value to the value in your SetScalarParameterValueOnMaterials node.