Original post:
The last time I did something toon styled was about 3 years+ ago, so thought I’d join in and make something completely different for once “cute”… my girlfriend has been watching alot of anime lately, and I came across some bright, colourful, “cute” styled animated backgrounds for the characters (Himouto! Umaru-chan, YuruYuri, Lucky Star…). 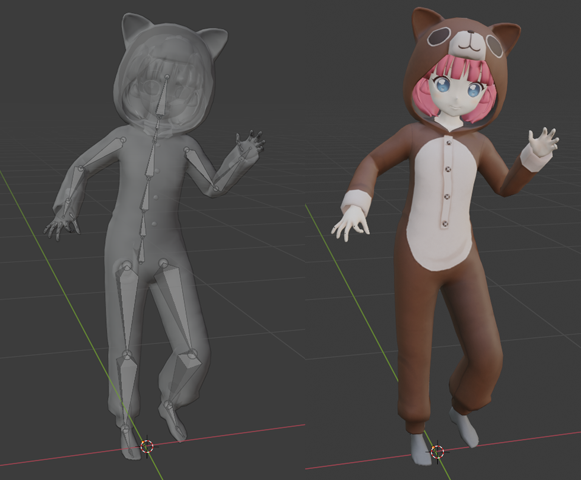 Started making a cell shading / toon post processing material. Created some hearts & triangles, added them into a UE4 Niagara system. The triangles have a pivot offset with a random initial mesh orientation around the character and scaling on the XYZ to create the effect that they’re shooting off.

Did a quick little animation of the character. Started texturing the hearts, and added a rotating glow.

Here’s a breakdown of some of the elements… all rather simple stuff.