How exactly do you animate a mesh and its materials in UE4? I know how to do this in Unity, but it’s a little confusing in UE4.

For example, If I created a barrier with a tether like Jayce, how could I tell the material to fade out since it’s not using Cascade? The mesh would scale up and spread out. After a while, it’d scrunch down then the barriers would shrink and fade out at the same time.

In Unity, i’d just animate an opacity slider or use the new vertex streams. I don’t think I’d use Matinee since that’s more for static locations in motion. If this barrier was placed via code, how would all of this be controlled? Could I control this via the Skeleton/Animation Editor in UE4? Is there some kind of key-framing that can be done within that editor?

Another question would be- how do I attach projectiles to meshes in motion? I’m hoping its as simple as this since things tend to go wrong for me haha. 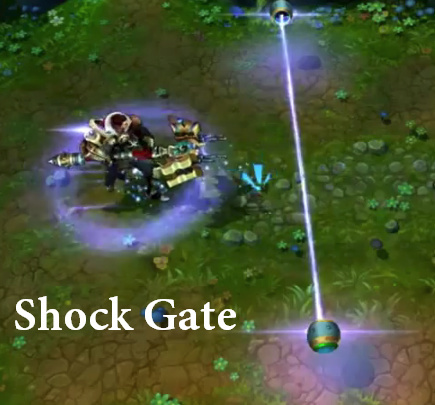 Hmm, so I got an interesting result from trying Anim Curves. I used the documentation below and it works for single meshes. Multiple meshes/materials doesn’t appear to register with Anim Curves. Anyone have an idea how to get around this? Thanks. 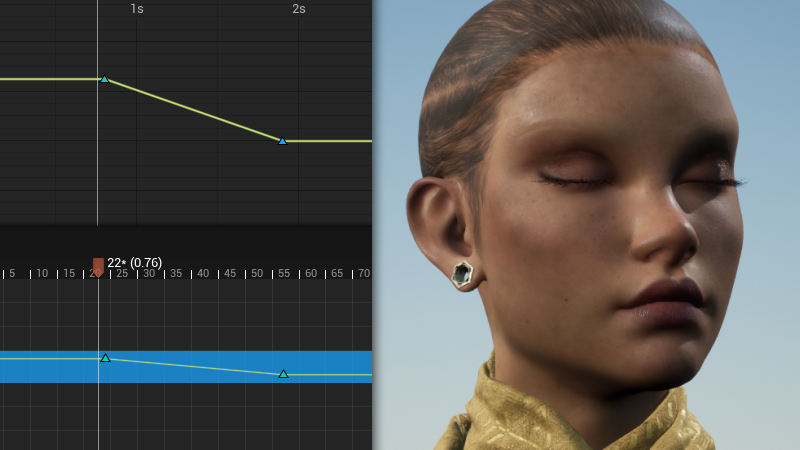 Assets that store an arbitrary set of scalar and vector parameters which can be referenced in any Material.

You’d need to control them via Blueprint but then you can reference this in multiple materials/meshes at once.

Yea, it looks that’d be the smartest way to go about this. Thanks!

How can I get this effect in UE4? I’m having issues setting things up for projectiles. Do I use Ribbons or Anim-trails for projectile trails? I’m using a mesh to determine its movements and rotation (like in Unity).

With Anim Trails, I can’t seem to get the ribbon to taper (or scale). When I went to do that, the entire thing disappears.

Tutorials say Anim-trails uses Anim Notify and a range between two bones. How am I supposed to place a trail on each bone (and control its individual scale/taper)? It looks like I’d have to create two bones for each width I want to create, meaning i’d have 5 bones total (two for left width, two for right, and a root bone). Is this correct?

It’s starting to become irritating since it’s a basic task that I feel is over-complicated. I’m not familiar with the setup and I’m getting strange issues as usual.

Also, would I place the Animation .fbx in the scene or is there something else (like the skeletal mesh) that needs to be triggered via blueprint? I’m having a difficult time figuring this out. Thanks. 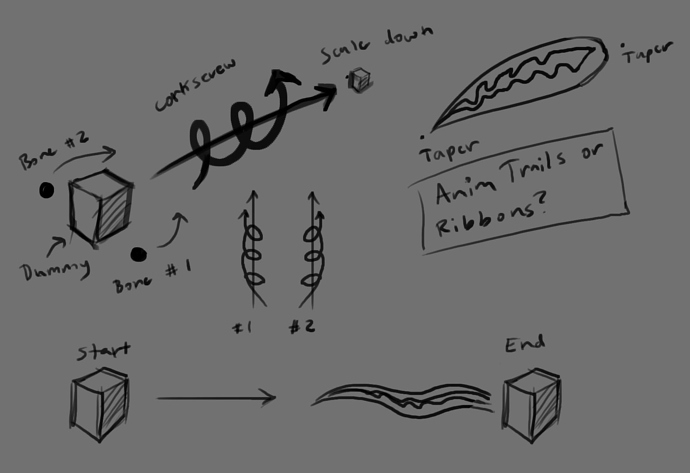 You can create sockets in bones from inside the animation editor and place your animtrails on them, you don’t need to export from elsewhere. Then you can add a curve to the anim notify and animate the taper on each of the mesh’s animations. Does that help? I could take a screenshot of some trails I have at home later tonight.

I believe I understand but screenshots would be incredibly helpful. 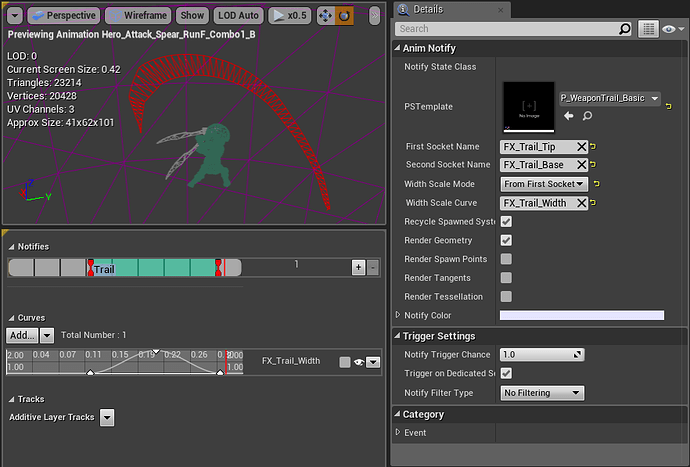 Use a Timeline in the Blueprint to control scale and material parameters.