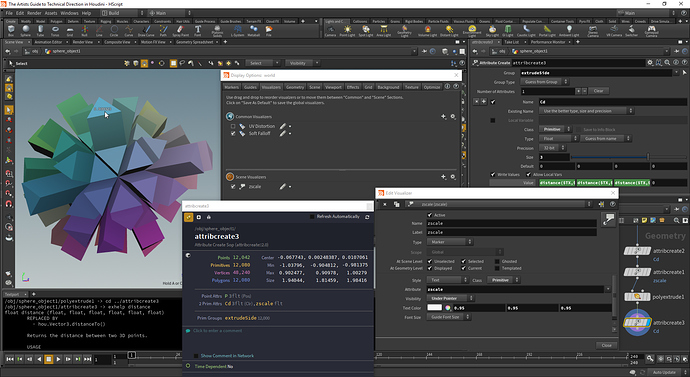 Asset02.NoTitle.jpg1920×1050 686 KB
Hi everyone! My name is Stephen Tucker, and I’m currently a senior vfx artist at EA Motive. Maybe you came across a previous course of mine from a couple of years back introducing Houdini to Unreal Engine workflows?

Back in 2005 I got my start as an intern at Side Effects Software Inc. while I was getting my animation degree at school. In a course that was primarily focused on hand drawn character animation, I was one of the few in my program that decided to get into 3D and one of the fewer who decided to get into effects. There weren’t a tremendous amount of resources back then, and if you wanted to learn Houdini there were only a handful aimed at people like me without a technical background. For me though, I found that once you started to understand how the pieces fit together Houdini became one of the most liberating packages on the market.

Over the past decade of using Houdini, I’ve worked around the world in the film (Starz Animation, Dr. D, Digital Domain) and games (The Coalition, BioWare, EA Motive). In this time, I’ve had the pleasure of working with many artists who were new to Houdini and sharing some of the insight I’ve gained. While most people are pretty excited to get their hands on the flashier parts of the software such as FLIP and Pyro, I think that Houdini’s greatest strength comes from it’s sheer flexibility. And that flexibility is something that only opens up the deeper you delve into how things work.

One complaint I’ve heard time and again, is that after following a tutorial, new artists are often left with something that looks pretty but with little understanding of how anything actually works. I’m always hearing complaints about how steep the learning curve is with Houdini. I’m seeking to help fix that with 7 hours of new training material that focus specifically on HScript scripting in Houdini. I’ve designed this course for artists who are either lacking a technical background, or who may have experience in other packages but want to understand Houdini better.

We’ll avoid creating pretty things in this series. Instead, I want to keep a sharp focus on how things work. That means learning about procedural networks, variables and attributes, functions, and for-each loops. Most importantly, I address how to self-learn Houdini. My hope is that this course will build a solid foundation for you to get the most of any future training you pursue and help you to understand how to get the most out of your Houdini networks.

If you’d like to become more adept at scripting in Houdini, please consider signing up for my course: here!

Have a Great Day!

Cool! I didn’t know Hscript was still used these days outside of expressions. I thought it was replaced by vex and python.

Most people will use python these days where they could be using HScript commands, and a lot of what used to be done with HScript expressions can be done with VEX, but there’s definitely still utility for it.

The reason I chose to cover some HScript material, is because I feel it’s a particularly easy scripting language. The expressions tend to be shorter than with python and since it’s native to Houdini they tend to execute faster. So when it comes to the basics of understanding how attributes and variables work I feel it’s the best starting point for artists who are coming to Houdini without a strong technical background.

The goal is to push into VOPs and VEX in later tutorials, but I didn’t want to go into those worlds without building a solid foundation of the basics first.