Three months ago I got to speak to so many of you all face-to-face (GDC'18 Thank You!) about Realtime VFX. In particular, I got to ask what those of you who work leading & senior postions what is often looked for in an R-VFX demo reel. One of the best bits of advice that I received was from @smgrissom, who stated to me the she in particular wanted to see three types of VFX in a reel; Looping, Burst, & Complex Multistage. This was helpful as it gave me an exact aim, an exact goal to set for. Something to work with.

So as I mentioned recently, I’ve been in an online class taught by @Fabio_M_Silva. As a result I now have not only a direction of content (that I’m already improving upon as time allows), but a better general idea on how to direct such content. I’m not sure I have reached my mental goal of “thinking” VFX yet, but I do feel like I’m at least a touch closer then I was. I finally feel like I understand the direction I need to take, at least.

I’ve made this thread so that I could both show my progress, as well as receive advice as I make my next considerations.

This first clip is actually the final video of the last assignment. Basically put, the assignment was take a space, and fill it with R-VFX. After agonizing over my options I opted for the “Infinity Blade: Ice Lands” space, and removed all the existing R-VFX from the space, sans the water shader as noted in the video. I would like to note, where even through this is a so-called “final” video showing what I made for this assignment, that I didn’t make it as if it was a final assignment. I was about to get 1-on-1 thoughts, so hey, I used it. In this case, I asked myself what could I make fire wise if all I used was one texture – a leaf. It was either that or simply make “magical green fire”, whatever that is, which seemed a boring concept to me. His advice, as well has my further considerations, is currently being done so I can make it feel more… magically nature-esk. One more thing! Should this VFX thing not, for some reason, pan out; I also have an interest in realtime lighting. So let me know what you think of the lighting too.

(Note: It seems we can’t embed Vimeo videos yet.

When I add the link it just disappears. So I decided to make a preview image, and that will link you to the Video.) 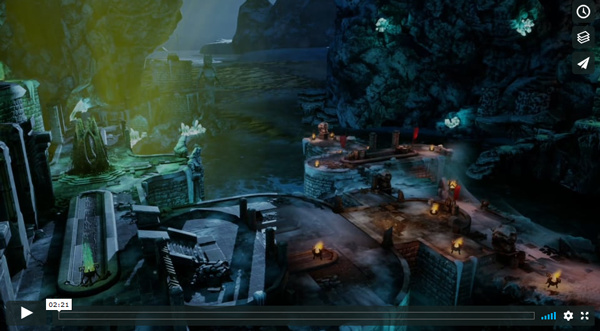 I think my fire creation abilities have improved at least. (Sketch #10: Mez - #3 by Mez)

I’m not sure if this counts as burst, but this is what I’m working with right now in the idea that it is. As you can see below there are two versions. The one with the steady stream of bullets is the first one I made…

… and this next one below it is my current re-tweak of it. I’m also playing with the volumetric settings for the smoke so when the gun fires in the dark there is a subtle hint of the light bouncing off the smoke. As far as I can tell there is no way for me to dictate totally random directions for the bullets, so right now I have this spiraling emission of bullets to help scatter them onto the ground. I also fixed up the red twinge of the muzzle fire.

With all this said, I’m now down to the hardest(?) er… heh… the most obviously complex of the three; A Complex Multistage effect. My issue rightnow is two fold. Programming wise, I don’t have any know how with blueprints at this point, so I’m unable to show cause and effect in one whole VFX spawn (more about that in a moment). In the creative side I’m abit at a loss of what I should make. What the topic or concept for my Complex Multistage should be.

It’s not that I don’t have ideas, OF COURSE I do. Things like an as-close-as-I-can recreation of a Void “Nova Bomb” from Destiny 2, or Falling Ice that shatters, or a magic shield defense, or just doing something fancy with the bones on a character. My technical ability is effecting my ability to choose the concept idea. I can’t seem to narrow down what I would like to do best with what I know. What ever I choose, this would be the first thing on the reel, so it has to be… worth it. Is falling ice that shatters, worth it? Does it say “hey please keep watching this”? I can’t say it’s the most enthralling idea.

Returning to the programming issues, I do have some ideas to resolve my lack of blueprint knowledge that I want to pass by here. Right now my thoughts are that since a “Complex Multistage” is basically a fancy timed combination of the previous two, that I have two options – effect depending. Either I can fake it, get everything timed and delayed just right so that it all LOOKS like it’s been programmed in, or I break out each “stage” apart and show each part; “Spawn”, “In The Air”, “Landing” and “Aftermath” or what-have you, side by side. Again, these two solutions I have in mind depend on what ever it is I finally decide to do. Any ideas? Thoughts? Considerations? Bueller? Bueller?

All said, I look forward to whatever constructive feedback you lot can give. And I Thank you.