----Bellow here is all old stuff

Its my first time posting here, so I hope Im writting it at the right section.

Im currently working on a series of FX from the game Zelda Breath of the Wild. I started doing the Guardians laser beam, making a 3D ball shotting another, and then I decided to make my own guardian model. Here is the high poly from zBrush: 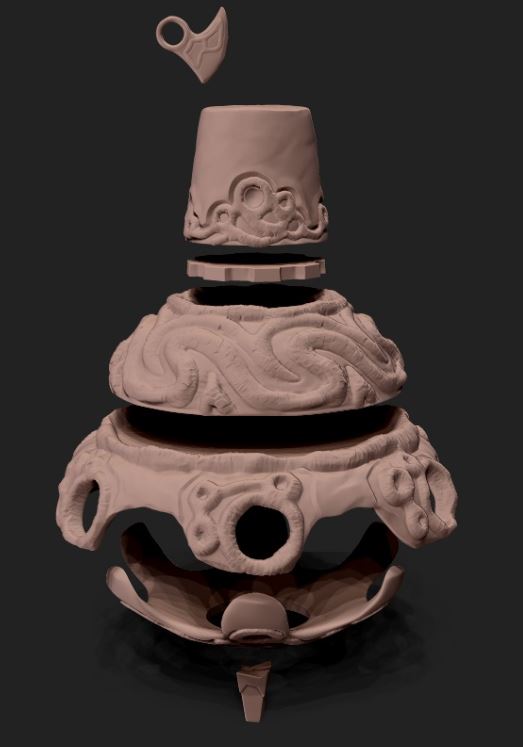 Then I did a cel shading shader with customizeable emissions, some animations and synced that with my particles, and that was the result:

There are other sequences, as the guardian shotting and explosding the ball, and the Guardian Arrow effect, that Im still working on. You can find other work in progresses on my Twitter`

For now, what you guy think of the particles? any critiques?

Yep, but this is the most recent version

Wow this looks fantastic! Really nice work! Love that erosion on the smoke.

Hey Greg! Great job with the FX! I remember seeing this post on art station couple months ago when it was a box exploding! You’ve come pretty far. Your timing and colors look amazing! I love how you’ve played with slow motion and realtime. Really gives the effect a great punch.

My only feedback regarding the flame trails that fly outwards is that they look pretty even all around. It would be nice to see some variation in height, distance and gravity!

I’m curious as to how you’re handling the erosion on the fire and smoke. Are they 2 different textures and emitters or just the one?

Thanks! There are two kinds of fire, the additive with a simple alpha erosion, and the one within the smoke texture, that makes it glow in the beggining of the explosion. If you pay close attention to the original explosion, you may see that it is a hand-drawn texture with an alpha erosion using a noise texture, and that noise is being rotated (only the noise). So i used two samples of the smoke texture (that is devided in channels for color, fire, erosion and shape), one of them exclusive for the erosion.
I also emitt the smoke in two different ways, one using stretched billboards, to give the impression of it growing from the center, and another with billboards to create the volume. Same thing for the fire. The stretched billboards emitter is like a thorus facing the camera aways, so the textures won`t look paper-like.

Thanks a bunch for the detailed tips on how you did this. I was wondering how you had added the fire to it as well, but its 2 samples makes more sense now.

Looks sweet man! Is there any chance you could show what your alpha looked like for the smoke? I have been trying to create a cool toony alpha erosion particle, and I know my shader is set up right, but I feel like my real issue is having a bad texture, so if I saw an example from someone else it would help a lot!

There I posted some of the textures I used for the explosion.

You may notice that the smoke texture has a soft transition from shades of gray, but i use a smoothstep to make it sharper on the final effect. I can also control how much shadow I want to show.

when he hear the incoming blast. Slow down his turn but speed up a bit the reflected blast ))) I think it would look good too)
And you can make a nice loop if the turret will spin after taking a hit )

Im still getting used with the forum. Im not sure if edits on the first posts bumps it up, so I`m posting again as a reply.

The complete reel of effects in here: 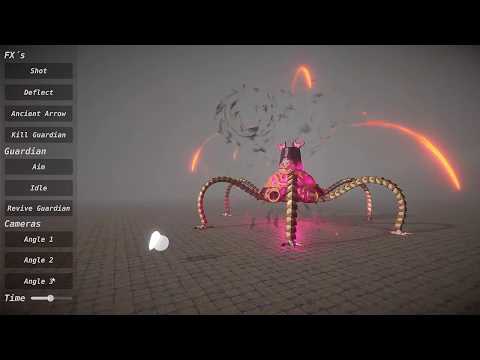 Also, take a look on my artstation post, it has more details as the textures I used, and other shader tests!
https://www.artstation.com/artwork/R1ZNe

And the 3D model and animations are here: Guardian Fan Art - Zelda Breath of the Wild - 3D model by Gregory (@godsgreg) [78e73dc] - Sketchfab

Beautiful work, I have for a time been exploring these effects. It is tremendously beneficial to see your work, really inspiring stuff. From the whole community, Thank you.

My article with the breakdown of the Zelda VFX is featured on 80Level!

Here I show a bunch of details and behind the scenes of mt effects. Lots of gifs and prints 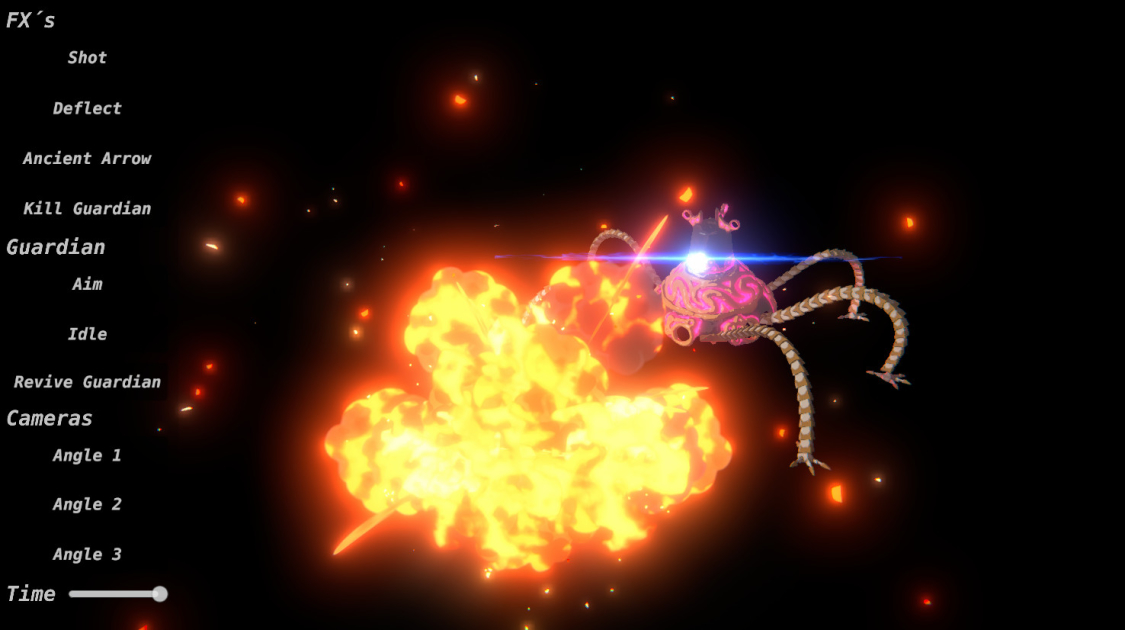 Gregory Silva talked about his experiments with Unity and ShaderForge, which helped him to create amazing visual effects similar to Zelda: Breath of the Wild.

t my thoughts) I would try to add an exclama

Hey very cool effect! I’m a newbie in vfx. Can you share your shaderforge screen of this shader?
If it’s possible:pray: