Post Junkrat’s frag launcher explosion recreation from Overwatch, I was looking to create some MMO effects. I found a very cool reference from another Blizzard’s Masterpiece “Heroes Of The Storm” The entire game has brilliant effects. Kudos to the dev team of the game. I picked up a weapon blast from a character Widowmaker Nova for recreation.

There are 8 components applied here in this recreated effect. Random debri image is selected using UV within the same texture

Would love to have your feedback on it. Suggestions from anyone are welcome

I know @alimchaarani is a senior fx artist on the Heroes team, I’m sure his input would be helpful if he has the time.

I think that’s a pretty good start! What I can notice is that your impact might be a bit too blown out. You can add some contrast on the width of the vertical lines, it looks too even. The flying fragments on the original are very sharp though they have a soft glow around them, yours is evenly blurred. You can put some lifetime variation there too!

Good start! I’ll have the same feedback as Bruno concerning the contrast and values of the effect.

Try to reduce the emissive values.

I’d also add some slightly darker smoke linger behind the rest of the effect, for a bit longer. Also try adding a background to your effect, so that we could see the distortion if you were to add one. I feel like the distortion is something that sells the effect really well.

Also something that I just noticed: some darker fragments are flying up with the lines. Try adding some? 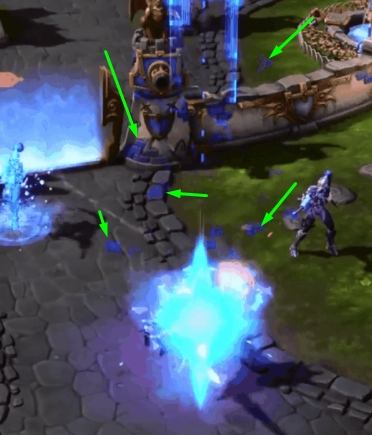 Thanks for the kind words about Heroes, we love to hear that people enjoy our work!
I’m a Senior FX artist on Heroes and what you’re looking at is actually the game’s generic death FX (Created by Moon Soo Park). Not a Widowmaker Nova skin effect. (This FX plays whenever someone dies)

Hope that helps you a bit, keep up the cool work!

… btw, @alimchaarani is actually the Lead FX artist on Heroes, which means he is way too busy and important to notice me stealing his thunder and answering this question! =P

I am glad that you have liked the progress.

@Thorwath Bundle of thanks for sharing the valuable insight on the originality of this effect. Its always great to hear from the true source. Yeah, I am not there yet with the shapes and the colors aren’t reflecting true to what in original is. I shall see what I can do more to keep it more closer in the second pass. The points you have mentioned will help me in achieving that.

@Bruno @Sirhaian Thanks for the great input guys. I have noted your suggestions to see where I can go from here in the coming attempt

@Travis Thanks for mentioning the original source. Would love if @alimchaarani takes notice as well

@Bruno I agree, I think I need a better blend mode for shader to get the blue to come out instead of emissive blowing the color to bright white for too long.

@Sirhaian Yes that distortion effect looking great! I might have to bribe my engineer to get him to work on it for me sooner than later

@Thorwath Thanks again for your words of encouragement. It has been a lot fun trying to re-create this effect and I have learned so much. I am excited to do another pass and will follow your inputs as much as possible

Yup, try the premultiplied mode (or alphacomposite in unreal), it’s what Blizzard uses for a lot of things as far as I know, and I use it too for most of mine (Blend One OneMinusSrcAlpha) 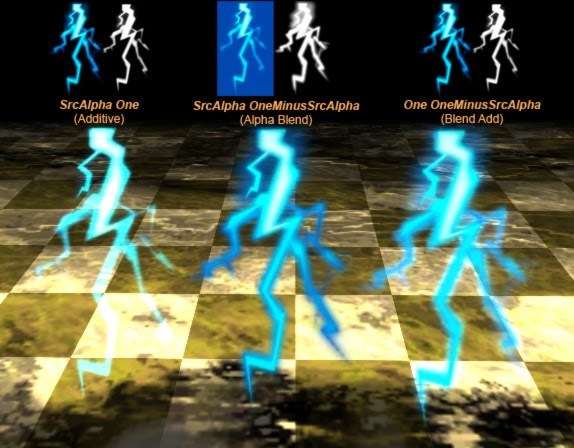 They call it Blend Add, check out this presentation if you haven’t yet:

Based on the encouraging feedback from @Thorwath himself and others. I have now completed the second pass of the effect. Here is it:

@Bruno Thanks for the link. I will check it out. In this revised pass on the effect, I used a soft emissive blend mode (in Fork Particle Studio) to reduce that over saturated white in the middle. In fact I had to change one of the layers to a normal blend as well.

Hi guys, I have finally managed to do a breakdown of to recreate this generic death effect inspired from Heroes of the storm. Here is the step by step procedure I followed. I hope it would be worth read for the community.

There are 11 emitters or layers in this effect. Five major groups are:

There are two elements here below in its first streaky texture like a death soul & its remaining part rectangular dots trail which follow the first element. The beam moves fast but I had to make sure it is visible long enough to show its upwards movement. Otherwise it almost looked like it was moving downwards into the center core.

With the combination of 3 emitters, textures & Emissive mode can achieve and fill the center core. In order to achieve the impact in the central part, I have integrated a texture comprises of long strip that dips downward once the flash comes so with that the impact generates. 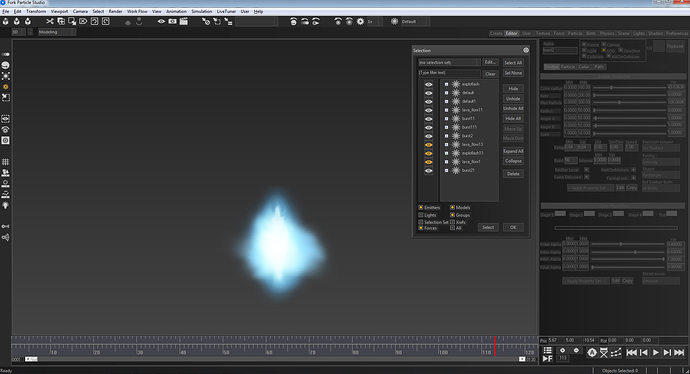 There are 3 emitters of different colors, speed, multiple shapes that taken from a texture atlas & behaviors like a petal blast which dissolve nicely during the traveling in the air. These are high velocity particles but with the help of drag I slowed them. 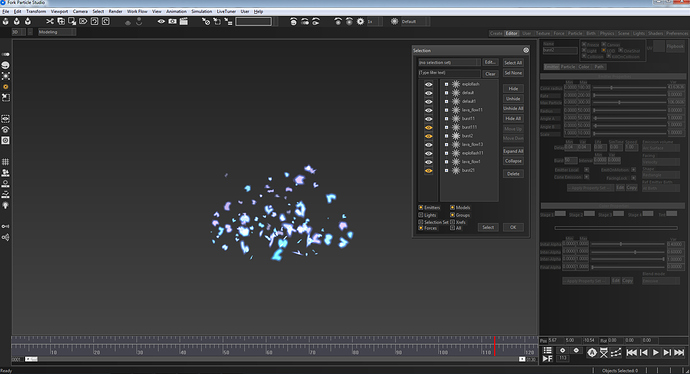 That emitter particles have some upward floating then dissolve in air. This brings some motion in the air caused by the fast travelling beam.

Smoke with center glow & color variation used to make a misty feel which stay till the end of the effect to fill the environment, otherwise it would have been looked hollow.

Thanks for all the feedback by the community.

Hey Atif, this is coming along real nice! My tiny bit of feedback would be on the Streaky Flash, and the darker blue, lower opacity debris bits.

For the streaks, yours look more solid, vs the reference where it looks more faded as it gets to the center. Now this could either be in the texture, or (and it’s hard to tell with just the gif) the texture could actually be on a cylinder with a fresnel multiplied against it for the fade. Also, if you look at the very top edge of the gif, I can just make out some square tech shapes multiplied over the streaky line bits. Maybe try adding a secondary panning texture of some tech shapes over the lines. I’d also try making that overall element taller and cut its lifetime in half. I think the quick flash and slight movement of the reference makes it look like it’s moving up more than it actually is.

For that secondary dark blue debris, I’d say just give them more radial velocity. In your recreation gif, it appears like they are just moving straight up. Try making them move out away from the center slightly as well

Overall this is coming along nicely! You’ve definitely gotten the feel and colors down.

Thanks a lot Travis for much appreciation. I will certainly take this feedback to improve the effect