Hi there, actually i’m working on a grab/hooking effect like blitzcranck and thresh in League of legends or stiches on heroes of the storm… 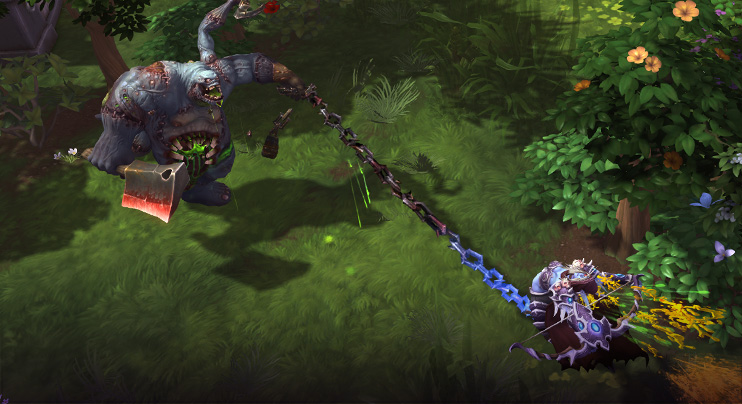 this is my little Wp version.

Try to separate the hook effect from the trail one so that when you hit something or reach the maximal distance you can disable it by script, but you still have to handle the fact that the trail doesn’t reduce when the grab comes back,

i would suggest you to do do a line renderer which goes from the player to the hook, and voila problem solved !

thank you i will try it!

Yeah, well instead of scripting… Idk are you using Unity? If you don’t want to script and your fine with a 2D chain you can try using Unity’s animator and animate a line renderer. Just animate one of the line’s points back and forth.

That method will always make the hook the same length. If you want the hook to collide with dynamic objects I think you need some scripting.

Another method that doesn’t involve scripting; you can animate a hook mesh with joints in Maya or other 3D software. Or try blend shapes. If you use joints you can attach particle systems to them.