At the GDC round-table this year we touched on concept art and preproduction for VFX. Many of us have expressed some level of dismay over the lack of planning for VFX. Often the effects are started late in the process, there’s no guiding concept art for the VFX and additional VFX help is brought in to help get the game across the finish line. As an educator, I’m looking to get students started off on the right foot and always incorporate some level of planning before they make their VFX. I’m looking for examples of concept art and/or other forms of planning for VFX. If you have examples from your own work or other examples that have inspired you, please share.

Inspiration for this comes from a GDC talk a couple years back by Matt Vainio at Sucker Punch. The amount of planning and concept art that went into creating those VFX seems luxurious. Shouldn’t it always go that way?

Just happened across this gold mine while browsing Artstation. https://www.artstation.com/artwork/QKOEB I’m always looking for stylized art references and this one has lots of little details, animation and shape ideas that are creative and fresh. 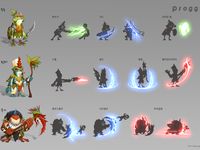 If you have access to the GDC vault, this talk is great:

This thread though! thanks guys!

If you have examples from your own work or other examples that have inspired you, please share.

For myself, I like to work off of a mood board or style sheet, made specifically for VFX. I usually make one myself, show the team, get alignment on the goals, and then reference that throughout.

As far as what I put into a mood board, it’s usually divided by shape language and color. For the shapes It’s often images of other game FX, or any super rough sketches that I make. The other part is color, and I usually find a handful of images (of anything really) that represent the spectrum that I’m shooting for. A quick ramp in Photoshop can go a long way

If there is a concept artist on the team it might be worth talking to them about the style of the effects, they might be able to help you out, possibly even sketch out some ideas for you if they have time. It’s definitely a luxury to have that help, but not always necessary if you have good reference!

In the collector’s edition of Alan Wake, there was a pdf with very nice concept art for vfx. See if you can get hold of it, I’ve searched but it doesn’t seem to have been release publicly.
Very good stuff, infamous-like on the amount of details, planning and description.

but I’ve got a few concepts for you from DmC, even though I couldn’t find the effects heavy ones I was after, they must not have been released.
Daniel Baker was one of our concepts artists at that time, he was good at adding a bit of VFX mood. Not necessarily super detailed but enough to get you started / inspired and set a mood. 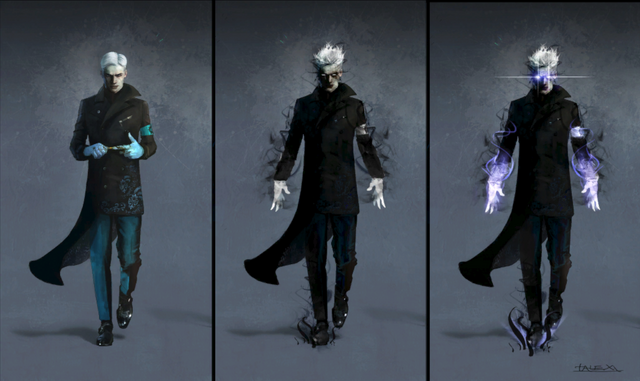 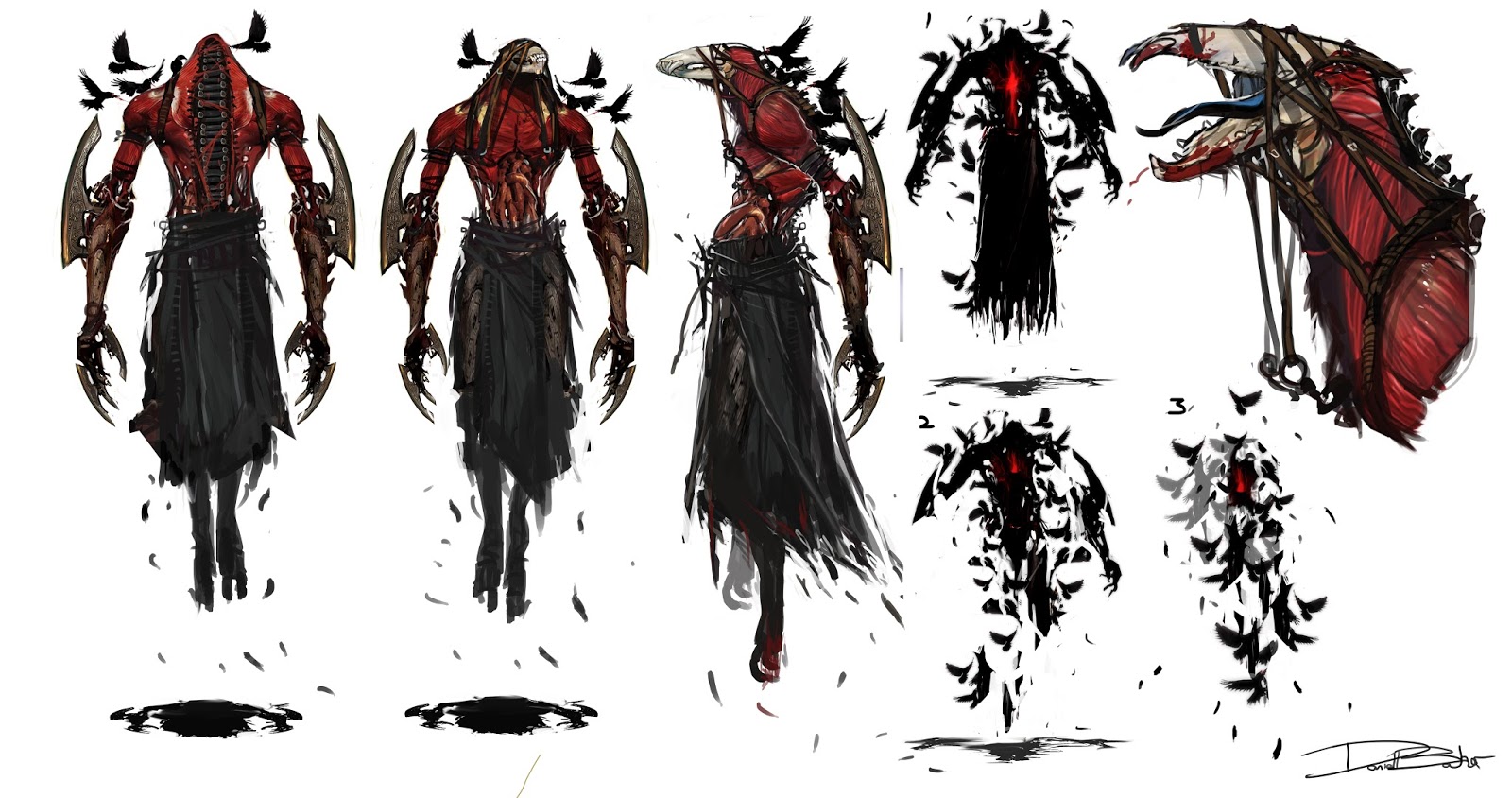 and many, many concepts for Dishonored 2 from Mathieu Reydellet and Nicolas Pétrimaux
Follow the links, they’re worth it.

For me that topic is less about what kind of concepts are created. Or even if there are concepts at all. References are often good enough for VFX, in my opinion. Of course if we get into more stylized or magic effects, concepts can be quite helpful.

What really makes me very unhappy in everyday work is that people see VFX as a self-understood resource that can change at any point in the process. Art directors going back on their decisions or not wanting to nail down anything until the last moment. Environment artists changing placement, terrain and expecting VFX to be able to just go in and change their work, again. All these things lead to worse quality than it could be so often.

For other disciplines there is a pre-production, a concept, a process and then it’s done. Nobody comes in 5 weeks later and asks an environment artists if that tree could maybe look like a Swiss cheese instead. At least not in our studio. Level design doesn’t do a 180 degree turn and tells environment artists to deal with it. Very different for effects though. The amount of times I have to rebuild a shader because the art director wants something different or environment art changed some essential requirement, and production not seeing any problem with that, is mind-boggling. And since there is almost no overtime in our studio (although we could certainly use some), the quality of effects goes downhill very fast.

It brings me to the point where I am thinking about quitting. Because I have tried to change this quite often, and I’ve told people that I am very unhappy about it. But there is nobody that actually cares or thinks this is a big deal for FX. Interesting to hear that other VFX artists have the same problems?

The worst I’ve encountered was making a cool effect, having it come from the top saying “no tone it way down” and then months later the same people going “no actually crank it up” and then another artist had to basically rebuild what I had already made in the beginning.

I had to walk a few laps around the parking lot before going back to work after that one.

I feel that pain. I dont work in vfx yet, but that happens in my field (advertising) ALL of the time. Question to your experience, Do you save incrementally, if so does that help resolve that issue at least a little bit?

Most companies use some sort of version control. Perforce, SVN or some other similar solution. That makes it easy to jump between iterations. Doesn’t always help with things like these though. Often you spend hours or days getting all the knobs into the right state. You can’t always rollback all the things connected to the change of an effect, because in game development all disciplines are so intertwined with each other. Sure, with something like an ability maybe you can do it. But it might also require re-tuning by game design if you just revert to an old iteration. And for environment work if you revert to an old iteration you might find that it doesn’t fit with the rest of the current state of the environment. It should be possible to find a consensus on what to build early on and stick to it, at least the general direction of the effect.

@Keyserito Ask and you shall receive!

ah ok, so if i’m understanding you correctly. Its not always possible because of how involved every aspect of game development is.

Pretty much. It is possible. It’s just rarely as simple as loading up an earlier version. Things that you have no control over evolve over time. And generating work for other people is usually problematic.

haha. indeed! Here’s a link to the example I mentioned, where I took just a little time at the beginning to lay out six options for one ability, to roughly describe how the techno-magic could look. The image is about half-way down the page: 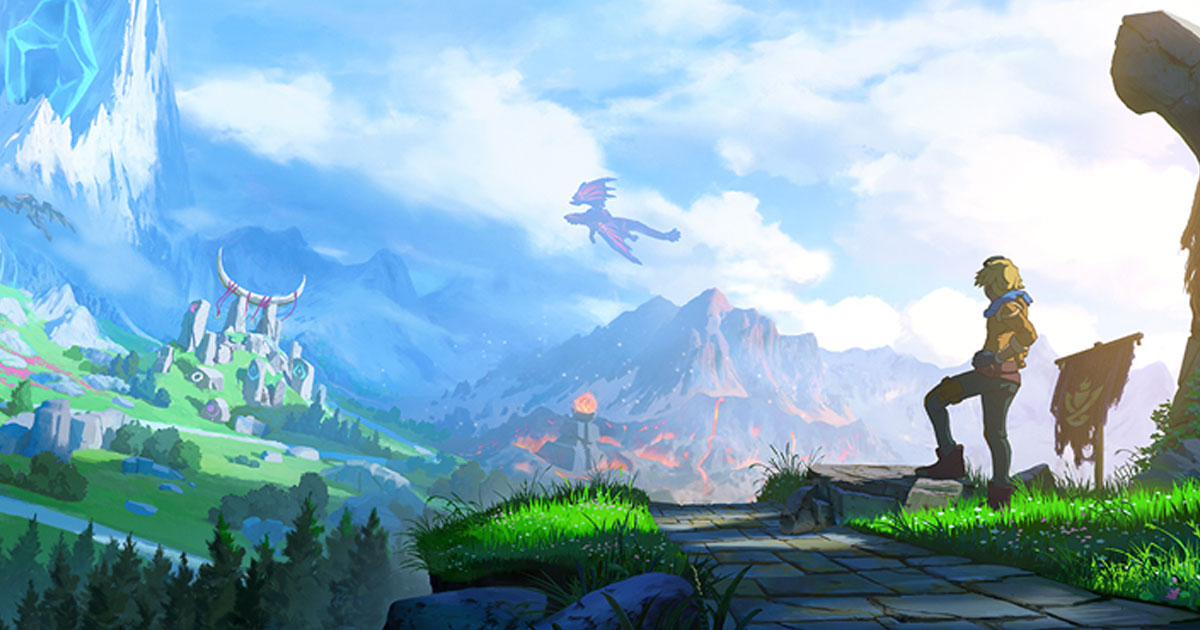 The definitive source on all updates coming to the game.

Once we brought this image up in a room as a team, we quickly realized how different the images in people’s minds were, and got alignment before I started making something that would’ve disappointed most people.

There is a lot of more similar like this <3 : 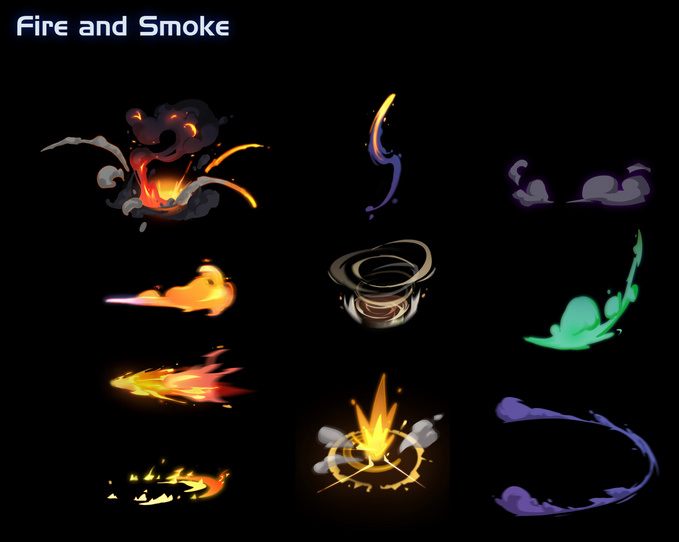