First off, thanks for supplying these fun contests to give us goals to work towards.
In this project I wanted to practice chaining multiple particle effects together.
I’ve decided to create a Rainbow Bubble Gun after being inspired by The Avengers: Infinity War.

I began concepting the idea with a sketch. 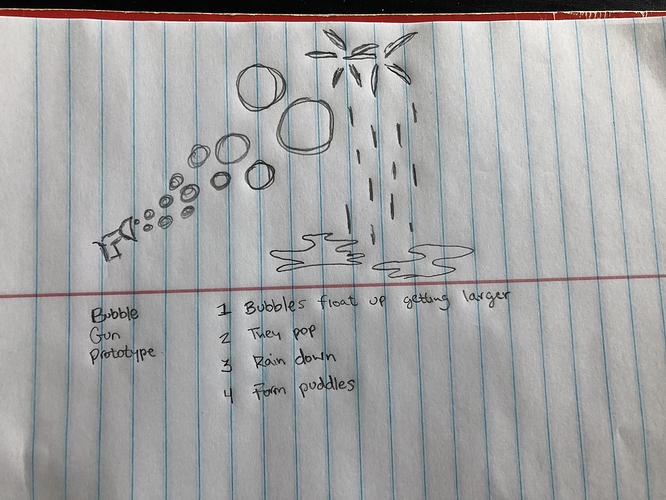 Creating the materials has always been the hardest part for me in VFX so far. I tried creating a translucent material akin to glass with surface lighting mode in the translucency tab and it slowed my PC down like crazy. After experimenting with a mesh emitter with the glass material attached to a sphere I was getting crappy framerates.

Eventually I found a solution with the fresnel function. 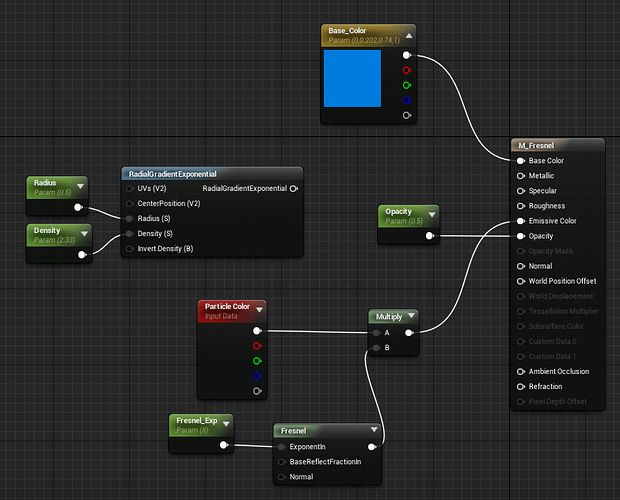 I created a material instance and the result came out nicely.

A couple tweaks I need to make.

I just learned how to create event generators in cascade so that when each bubble dies, rain will spawn in its place. I’m thinking I will have to create a UV sprite sheet in Photoshop for the popping effect. And finally I think I will need to look into event blueprints for building the actual puddles on the ground. 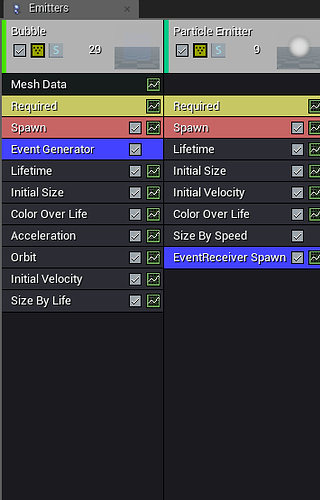 Again, I think my biggest weakness right now is understanding how shaders and material creation works. I have so much fun creating the particle effect, but always get bogged down getting the right material plugged in.

If you think there is a better way to generate bubbles that don’t involve using a mesh appdata, let me know! 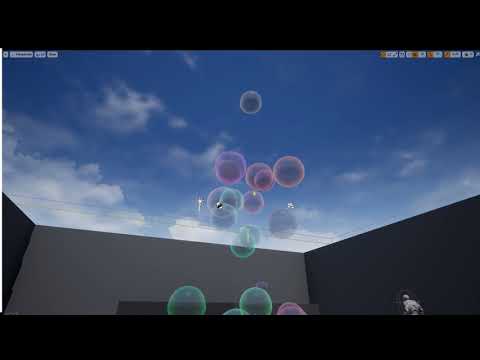 I wanted to copy an effect similar to Splatoon, something I found was possible in this video:

Now I knew that effect had something to do with projectiles, but that was new territory to learn.

The first thing I realized is the effect for splats I wanted was called a decal. So thus began my research and education on what decals were and how to use them. Following a tutorial online, and trying to copy some BP designs in the UE forums, I came up with two BPs that kinda do what I want.

This is a level blueprint. I was able to map a hotkey to the templated 3rd person and spawn the particle system WITH the splat decal on collision with the floor. Here is the result. 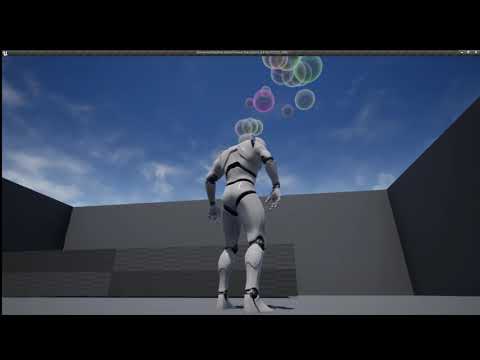 Now I’ve run into several problems.
a) The particle system only includes the decal when attached to a character, and cannot stand alone independently.
b) The particle system spawns indefinitely with each button press and multiple presses can stack the effect persistently.

I tried using a class BP copying a rather detailed example, but I didn’t really understand what I was doing with array variables. When I got the error message on parameters in BP, I felt like I was trying to do things outside my level of understanding.

I think I need to brush up on my BP knowledge to really solve this problem. Understanding how events, variables, math, parameters and interactions between particle systems with other objects is needed to make this work.

The last bit I may need to invest in is to either a) purchase a gun model on the UE4 marketplace or b) model a gun myself. Recently I downloaded 3DS Max and Nuke to learn the software eventually.

VFX is so much more than just making cool effects in Cascade. You have to know a little about EVERYTHING.