Hi, all! Longtime fan of the site, but I just had to join in on this sketch. Super fun topic! So, I might have bitten off a bit more than I can chew with this, but what the heck. I’m really digging the theme.

As you can see from my reference and concepts, I’m heavily inspired by the architecture of the Asura from the Guild Wars series, as well as the concepts of Io from Destiny 2. Lots of geometric shapes everywhere, with glowy, almost circuit-patterend bits. I really want to explore a bit of material animation along with this, so we get a believable build-up of energy from within the gate.

As for the actual gate effect itself, I wanted to pattern it off more of a modified version of the mirror dimension from Doctor Strange. I want the destination to sort of bleed into view, as the air within the gate
solidifies, and cracks like glass, almost as though reality is shattered by the gate. My first thought is I could pre-fracture a plane, and animate the shards separating. I’d really like at least some of the shards to sort of float out from the surface, and sort of hang in midair as the sustained open effect loops. Then, as the gate shuts down, I’d like those shards to act like gravity takes over, and fade/blink out in some tiny bursts close to the ground.

Hoping to get this all done in UE4, on-time. I’m still a bit rusty on my Unreal knowledge, as I’m mainly Unity-bound at work.

Cool reference and description of your plan, looking forward to seeing you bring it to life! 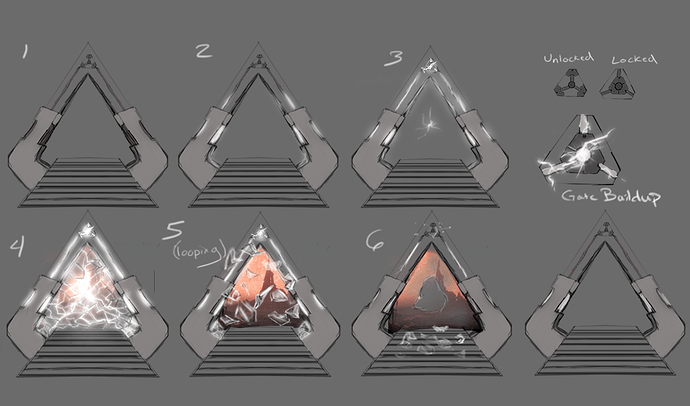 Unfortunately, I was swamped this last week, and had little time to work on this. Also am dealing with a lack of experience moving from Blender to UE4. As such, this update is more of a reaffirmation that I am still working on this. I probably spent more time than I should have, modeling the darned thing.

Tomorrow’s update will show my progress on the aperture “shard” animation (bringing that in as animated skeletal mesh) as well as my first pass for the sustained effect I’d like to go with it. Once the animated mesh is working, my hope is that it will serve as the foundation for the effect, that ties all three (open, sustained, close) together. 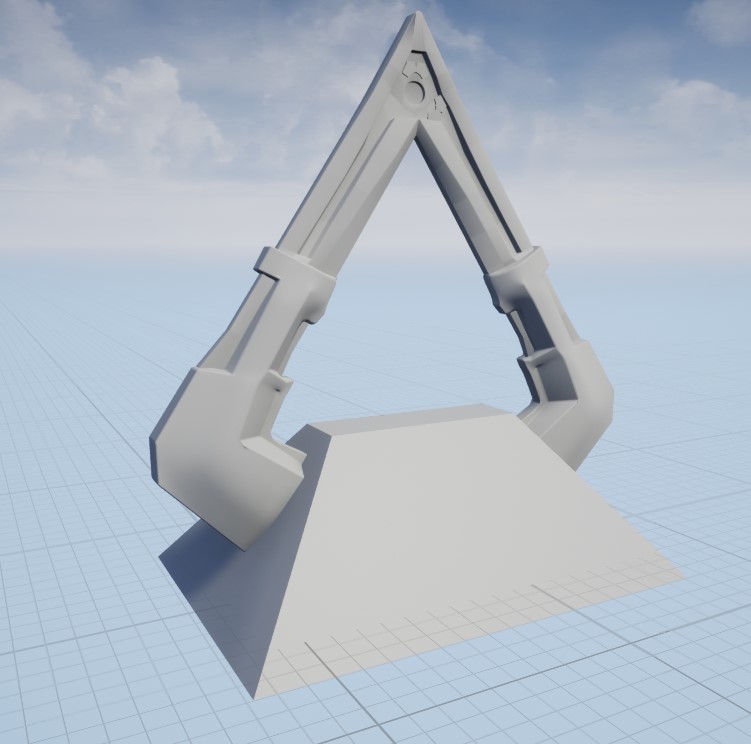 Well, after a day full of trial an error, dealing with Blender’s Cell Fracture add-on, and still getting nowhere with the shard animation, I decided to go with my Plan B for the aperture, itself. Using the fractured geometry from Blender, I’ve made a crack mask, so I can fake the effect in the material. Hopefully, I’ll also be able to perturb the normals, a bit, as well, so I can get the shifty geometry effect I’d like. 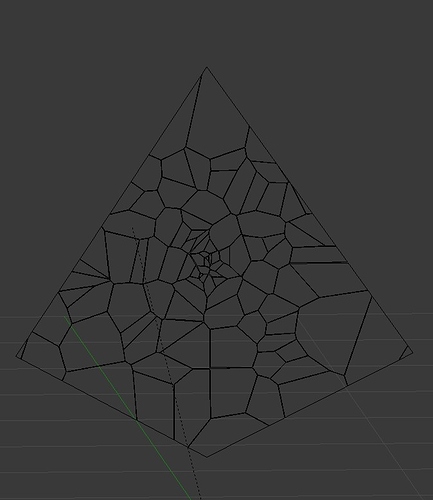 I also used the mask to build a small sprite sheet, that I plan to control via Blueprint. 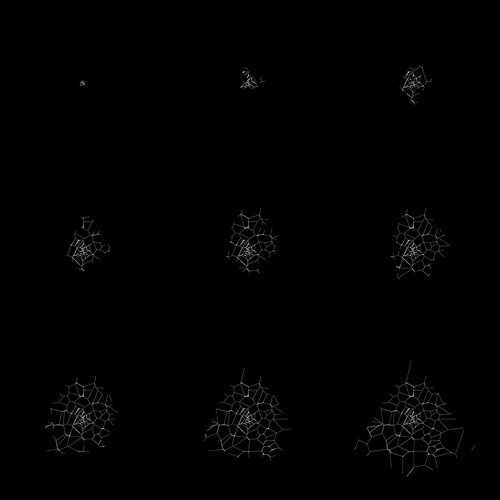 Had a similar idea for my effect but my fracturing/ space collapse is the part I liked least about the effect so really looking forward to how yours turns out. Looks pretty interesting so far!

Welp, I’m hoping to have at least something to show by the end of the night. Power outage this morning and sick all day didn’t help much, though. Gonna be working down to the wire on this one, just the same.

Here’s most of the sustained effect. Aperture itself has a bunch of ScreenPosition parallax happening on the nebula and stars behind the crack. Hoping to have the crack animating with some opacity for the open/close, but it may not happen in time. Oh, well. It’s still a super fun sketch to work on. Hopefully I can do a lot better with time management next round.

Well, I’m calling it a night. I got a lot done in terms of the major parts of my material controllable via the instance, but I wasn’t able to build the blueprint in time, to get these working in unison to at least animate through the sequence. Lessons learned. It was still a fun sketch to attempt. I’m certain I’ll have an easier time planning for the next sketch, especially if I don’t start 2 weeks behind! 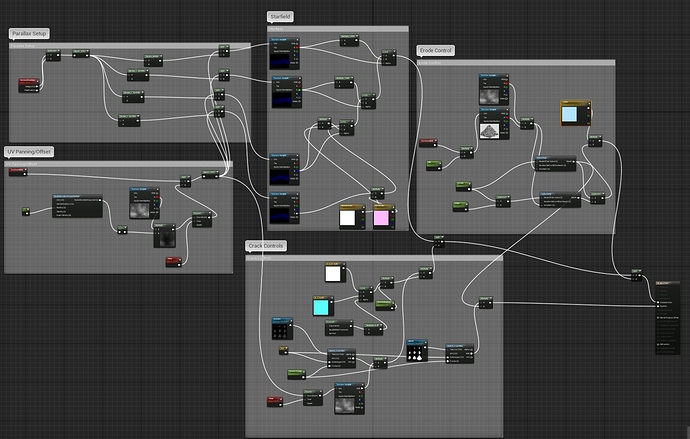