My current job consists of mostly realistically geared work so in the interest of becoming a more well rounded artist I wanted to explore other styles as well and see what I could learn.

I am going to start small and recreate some effects from one of my favourite studios, Blizzard and see if I can glean some knowledge by first recreating some effects then working towards my own original stuff.

The first thing I did was try to make a Spinning Crane Kick effect from WoW. I have really liked the way they have been updating their effects in recent years, it’s great stuff.
https://www.youtube.com/watch?v=mpt701JjLXE

Based on this ref from the game: 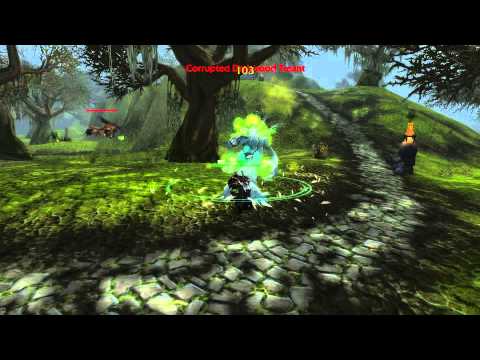 Edit: Just occurred to me that the scale is super wack in mine compared to the ref. Gonna update that later

Nice one, the dust looks great. How did u do it?

Hey man thanks! Its just a repeating smoke texture panning over a flattened cylindrical mesh. It increases in size over time to give it that feel of expanding.

An amazing tutorial for how to create the mesh easily can be found here: Shannon McSheehan - LoL FX + Knowledge Share - #64 by ShannonBerke