I’ve been working on this for a few days. I work in Unreal and am still learning. So i look at a lot of references of other peoples work. This is inspired by an effect by Francisco Garcia-Obledo Ordoñez: 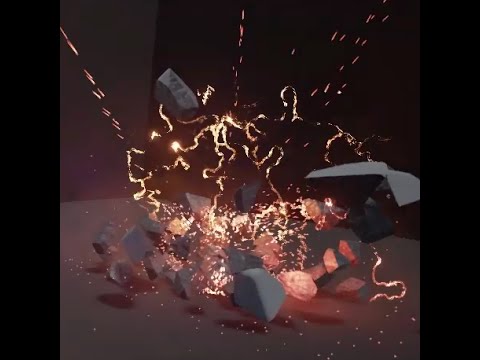 I dont think this is at all done, but it would be nice to hear some critiques so i know in what direction to look at.

My main question at the moment is, what is your pipeline for exporting RBD sims to UE4. I’ve tried Houdini and Max with Rayfire, but couldn’t use it UE4 correctly if i export as FBX since it exports every piece of geometry independently. So i just used the same dissolve material on the cube for now.

Nice start. though, I feel the sphere should expand while charging up and then shrink when it fires. Just food for thought.

I love the idea of energy compression given by the ball animation. I agree with DSB’s comment.

Altough RBD sims are cool, one key factor to consider is that they are merely not reuseable for gameplay elements. They usually are heavy on memory streaming and you cannot get collision control easely. Moreover, afther one or two usage in game they will look boring and repetitive. Personnally,I tend to keep them for cinematic moment where you need full control on the look of your effect and composition. So they are still very practicle… in some cases.
I do not know the pipeline yet on UE, but I guess you would either use alembic files .abc or bake each pieces pivot infos on texture maps with the bounding box size of your simulation.

From wath I see so far, I would use mesh particles for the debris and try to come up with a trick to feel the impact. Right now, because of the disentagation shader applied on both elements, I’m not sure if the target is receiving damage or simply disapear.

Thank you for sharing!

Really cool effect. I personally think the swirls around the orb should stop as soon as you launch off that beam towards the target. Or maybe figure out a way to have them kind of combine towards a point then launch out?

I kinda gave up on the idea of exporting a rbd sim, since there is simpler ways to fake the effect. I didn’t have much time to update this, but I will pretty soon.

I have a small problem with the scrolling textures again. It isn’t so visible in the gif. But after the texture has scrolled 100% on the mesh, there are still some leftovers on the edges of the mesh. The texture i used isnt near the corners of the canvas or anything. Cant figure out why that is happening. 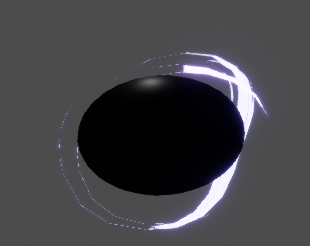 Anybody with a fix for this situation?

Have you clamped the texture in the import along the sides its not scrolling?
Otherwise you can add black color to the outermost vertices in your modeling software and use that to eliminate texture remains! You’ll have do use the vertex color in the shader though

It’s clamped both ways, since it just scrolls 1 time. But vertex color is a sure fix, thanks

So when using mesh emitters, do you always use vertex color to fade the edges or is there a different way to get rid of the hard leftover edge?

Okay, thanks for the tip!