I’m trying to make a sphere mask that grows from a characters head. I’ve got a c# script that updates a vector 3 with the position of a game object which I’m feeding into the centre node of the sphere mask. The problem is now that I’ve done that the property I had in the radius node fails to update and doesn’t make the circle any larger or smaller. Removing the property and updating the number does update the circle size but it breaks when a property is put in it. 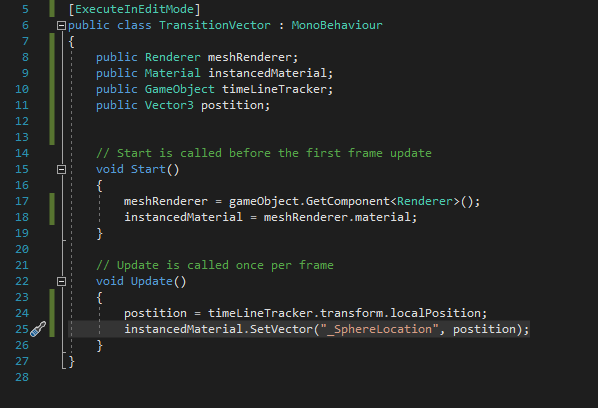 This is the script I’m using. I don’t think theres anything here that could break the shader but the problem only seems to of cropped up when I applied the script so who knows.

I found a fix. I had to control the radius input through the script. Just putting it in as a public variable seemed to do the trick.