This looks like an interesting challenge. Have been trying to get into doing one of these, let’s see if I manage to finish this one on time.

So I wasn’t finding any good or inspiring references from games, so I took a look at anime which doesn’t have a lack of flashy evolutions and similar. In the end, I decided to try and adapt the typical “magical girl transformation” scenes into an evolution effect. Can’t point out any specific anime as the inspiration, as they mostly use the same style of techniques (references include Nanoha, Precure, and yes, Magical Girl Ore, though I’ve only watched Sakura and Madoka). After some research, the most common themes seem to come down to:

Fortunately I’ve been studying writing Unity shaders a little bit lately, so the screenspace effect wasn’t too hard to do. I just wish I had After Effects to animate the texture, but won’t probably be getting it for this challenge. So I’ll just stick with scrolling multiple textures for now. Haven’t gotten into doing any of the other parts of the effect yet, and no drawn concepts either. I’ll probably stick to simple shapes as objects and try to see what I’ll come up with.

So I decided to make a doodle of what I have in mind for this. Trying to keep it simple. The object is going to be swapped while it’s still on the screenspace texture mode when both objects will blend together as a unified morphing silhouette. 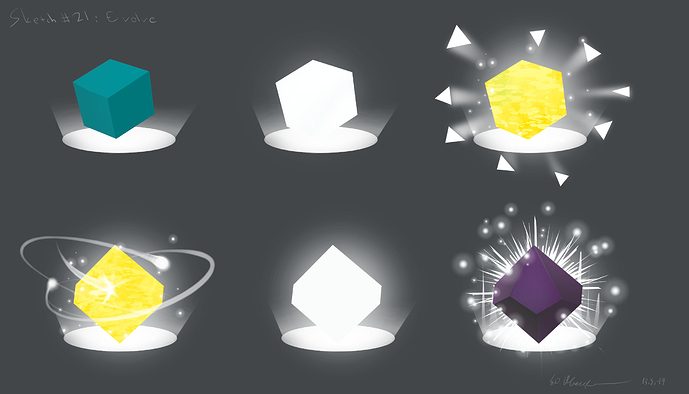 Thanks! That definitely looks interesting.

Ok, here’s an update of the effect. I’m a bit behind with it, but at least most of the features are blocked out. Need to figure out how to improve the transformation transition.

Second update, schedule’s been a bit tight so probably the next one will be the final version. Most textures are still placeholders, and decided to tweak the animation. Had some lag issues due to some kind of a memory leak problem with Unity, but it hasn’t occurred with the latest build.

Ok, here’s the polished version of the effect! Or at least as polished as I managed to make it, probably spent less than 10 hours on this in total. Kind of happy for the result though, it’s pretty much what I planned to make. 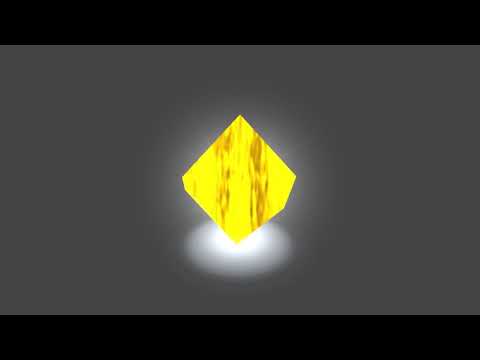