Its my first time posting here, so bare with me if I do something wrong

I am a bit late to the party, but I wanted to participate in the Cute Magic sketch. Lets see what I can do in the remaining time (: 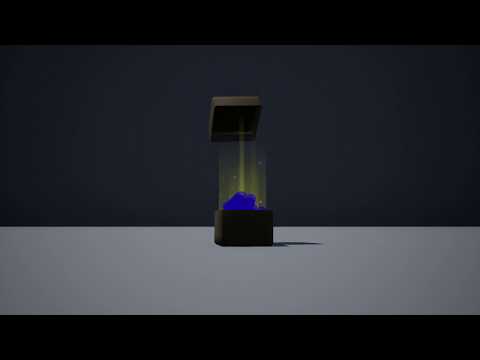 This is the concept I came up with (I usually don’t draw out my concept before creating an effect, so I really pushed myself here to do it haha)

Some doodling for finding an idea (I will go with the present box): 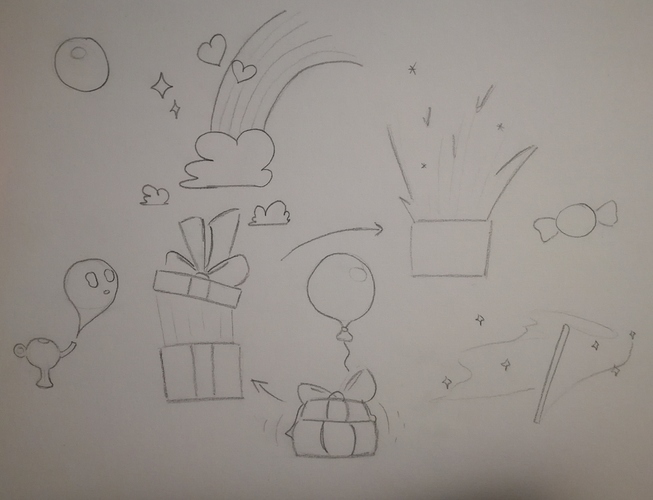 Trying to find some reference and inspiration pictures for the idea in my head: 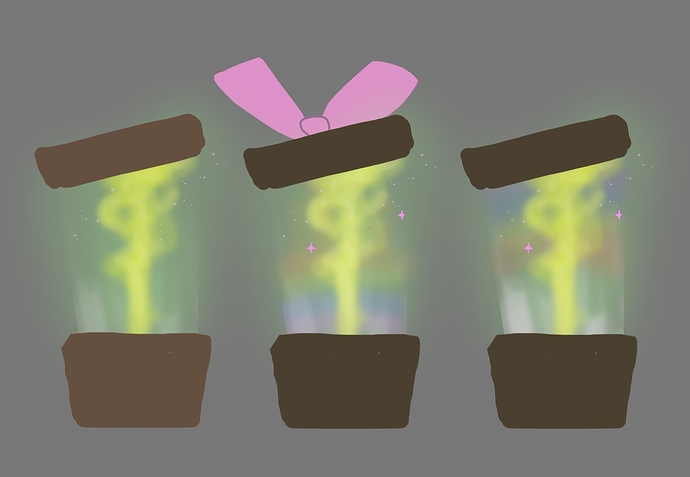 I modeled, rigged and animated the little present box in Maya:

Done some work on the particle system!
It’s been a hassle working with Anim Notify… I’ve never used it before, so I didn’t know that you can only use Spawn Bursts + some other settings I had to figure out.
That’s also why the planned smokey stuff turned into more of a poof ~

I hope I can work on it some more tomorrow! Feedback is very welcome c:

Heyo! This is coming along nicely

One question though, wouldn’t the lid turn the other way? it’s rotating left to right when i think a right to left movement would feel more natural, i’m no animation expert but it’s always good to think how this would look if it had real world physics.

To illustrate what i’m trying to say further…i think you had it right in the concept: 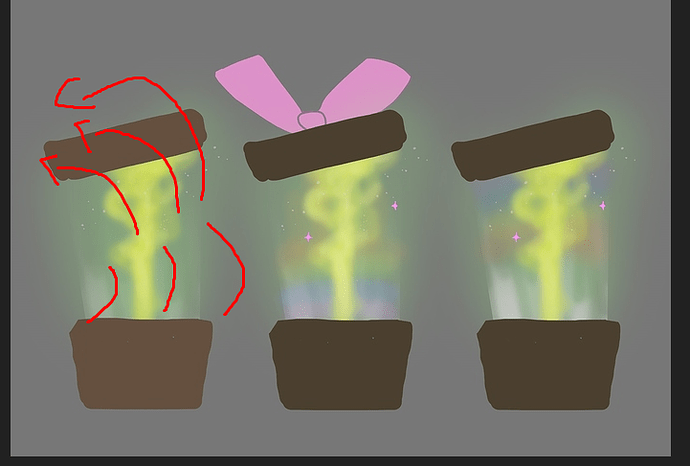 But in the animation itself: (the rotation goes in the opposite way of the direction it’s travelling i think) 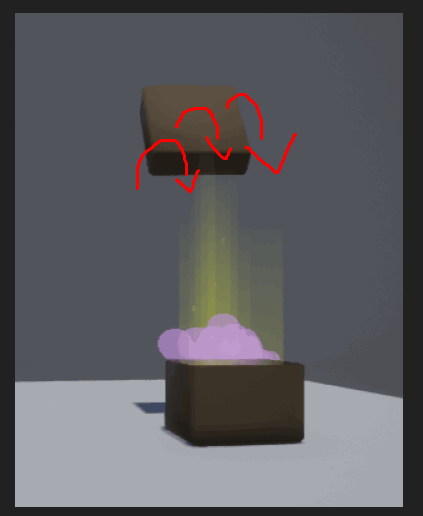 Hey, thanks for the reply!
I hadn’t thought about this actually, but I agree that the lid flipping in that direction is not logical.
So I changed it!

Also made some other small changes like bigger sparkles and some colors.

Yes! That looks better! If you wanna be thorough about it, i would suggest you increase the speed of the lid when it starts to fall since the speed is the same through the whole animation. I look forward to seeing the finished product!