Hey!
At Work I spend most of my time doing realistic work so for this I wanted to make an entry as far away from realisim and logic as humanly possible. So Im basing my box off the crate from the cat in hat movie.

The plan is to have the box start breathing, then for smoke to come out the lid, purple mystery fluids to start leaking from the edges and then finally the lid flings open and the item shoots out in a globy ball of purple. 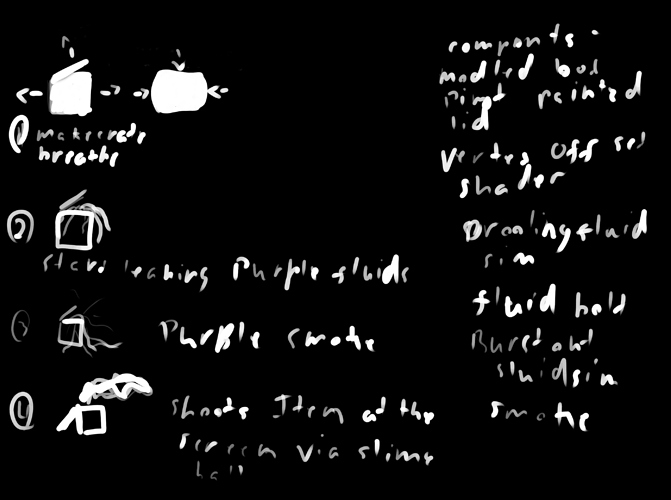 Update 1: I built a crate and setup a vertex offset shader:

The WPO is built out of 4 parts:

An object gradient to get the center of the crate

Some math to push the points away from the center

Update 2: I built some smoke to leak out the top of the box and added a curve to the lid.